What is causing this long tail in the transient reponse?

I have a fifth order transfer function for which I designed a controller using pole-zero cancellation technique on a root locus. I am targeting \$<5%\$ overshoot and \$<2s\$ settling time. Currently, the overshoot criteria are satisfied.

Note I know that exact p-z cancellation is nearly impossible in real life.

which give a response with a long tail in the transient response, and thus, a very long settling time. 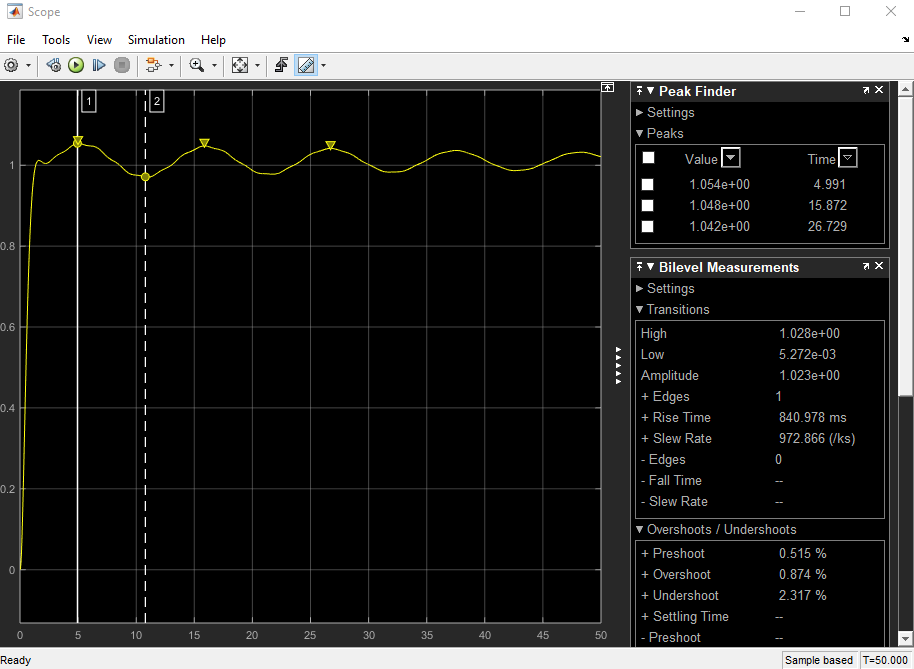 Placing zeros close to poles in an attempt to 'cancel' is not too clever. It's usually impossible to plonk a zero directly on top of a pole and expect both poles and zero to stay put. The result is a 'dipole' (a pole and zero in close proximity) that gives rise to a long-tail in the transient response.

What would be the root cause of this unacceptably long settling time, inexact p-z cancellation (the controller which is difficult to numerically model), or both? Any suggestions on how to improve the response would also be greatly appreciated. 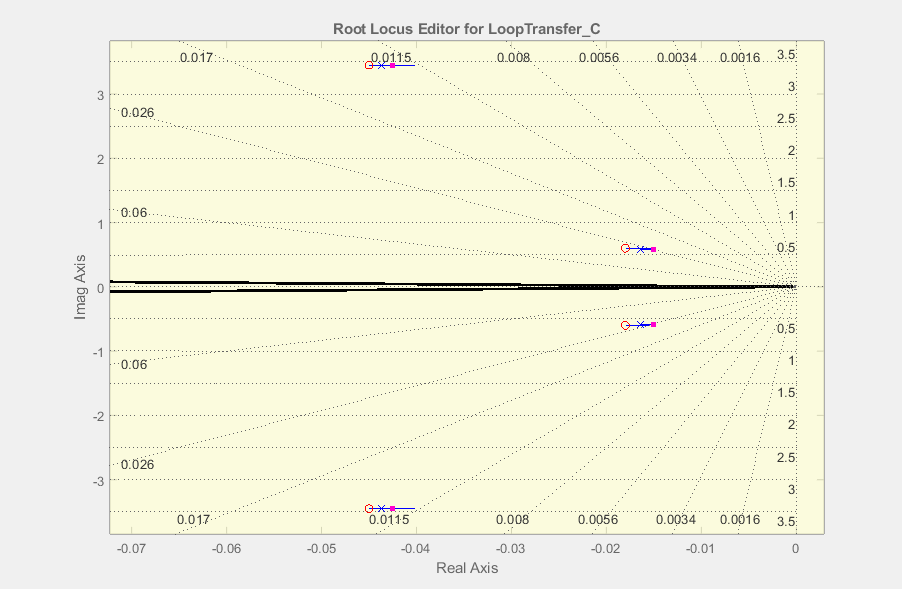 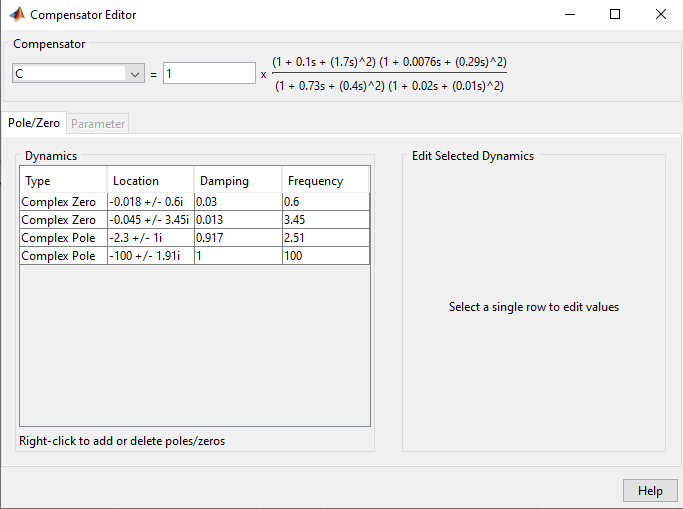 I would be happy to provide further information if needed.

You should check if they really have been cancelled, and if they have not, try using root locus and different gains to change the pole positions away from the complex axis (having real parts as negative as possible).

Not the answer you're looking for? Browse other questions tagged control transfer-function transient simulink pole-compensation or ask your own question.

3
What does this IGBT data sheet mean by "transient" gate voltage?
8
How to design controllers "properly"?
0
The step transient response of a parallel RLC circuit
0
The transient response of parallel RLC circuit
0
Making a plant stable with a compensator based on given requirements
2
What exactly is transient behavior?
1
Reducing the order of transfer function while maintaining same response
1
Pole placement to create a full-state feedback controller?
3
Pole Zero Cancellation on a Root Locus