How does this LED string work?

I have a LED string with four different lights. The lights are in order red, green, yellow and blue and this pattern is repeated. It has a controller with a button to cycle through fading/blinking modes. All red and yellow lights form a group and all green and blue lights form a group. The lights in a group are always on at the same time and equally bright. 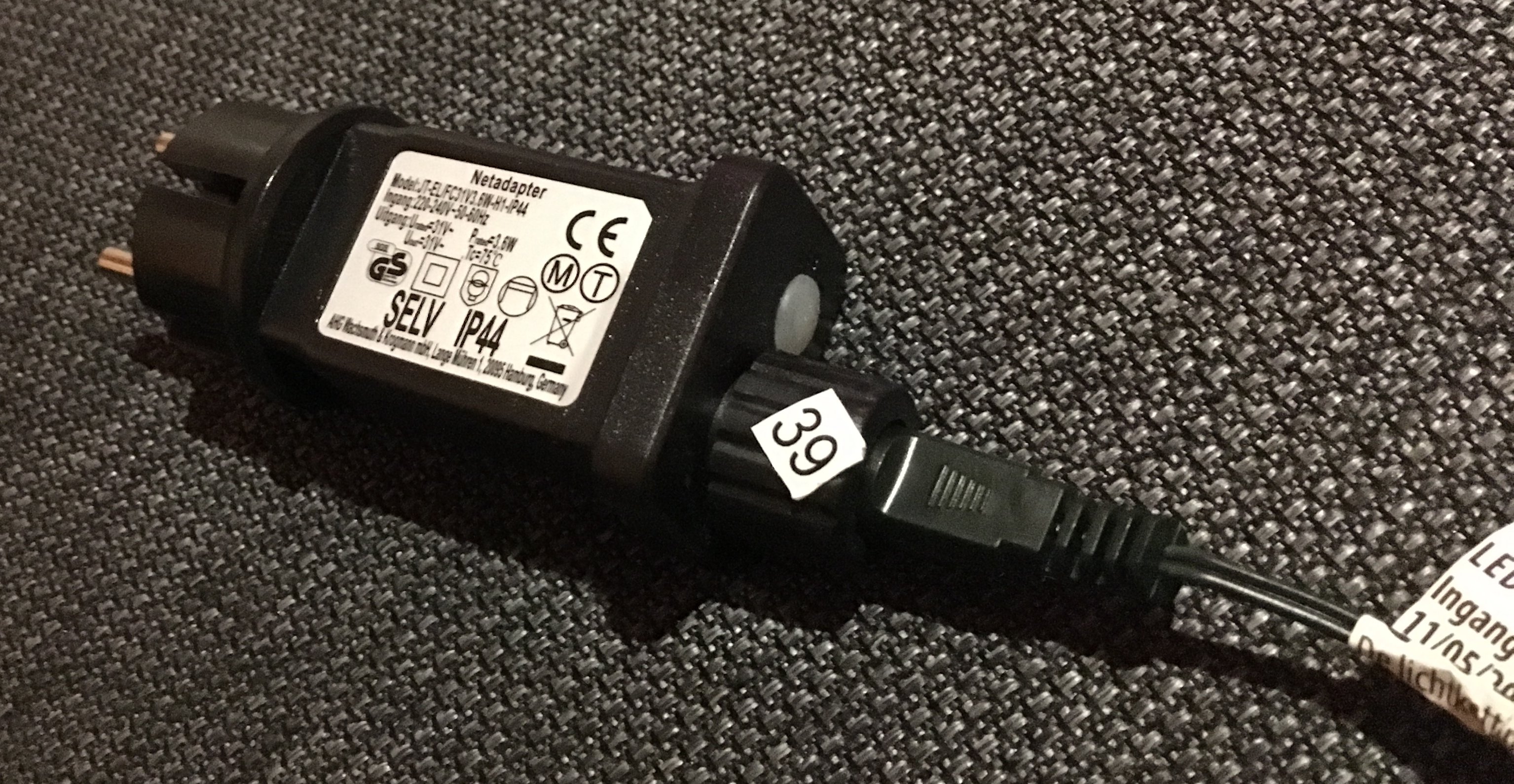 I expected there to be three wires from the controller to the first LED, one for each of the groups and one common wire that is either + or -. How can two groups of lights be controlled independently with only two wires?

Based on the current answers I drew this diagram, but I'm not sure if it's right. I still have to count the LEDs to see if it is possible with the 31V output specified on the adapter.

I expect there is an ordinary diode across the two pins of each LED such that when driven in the forward direction the LED lights and in the reverse direction the diode conducts. This diode is hidden in the black tape under the LED.

If a series string of these LEDs is formed where the one color (eg blue) is connected one way and another color (eg yellow) is connected in the reverse direction then the blue will all illuminate with positive current and yellow with negative current.

Two of these strings can then be assembled with a common return wire resulting in 3 wires in total. (put different colors in the second string).

The controller has to provide one polarity or the other depending upon the combination required.

The AC supply provides a convenient way of providing the two polarities.

Since each LED will be driven with 60Hz, flicker is normally fairly noticeable in the LEDs, especially if you move your head (or the LEDs) when viewing them.

This arrangement has 2, 3 or 4 wires between the LEds. but is compatible with what's shown in the photo.

2
Help wiring multiple different colored LED lights
4
5050 led strip 60 led/m flickers when fading in and out of colors
0
How does this string of LEDs work?
3
LED's for a project won't work in parallel
1
Wiring 3 led lights to a timer switch
0
How to find the best way to fade in/out?