I've kind of been on a long quest to build an embedded system for working with the head unit of my '04 VW Golf. Others have done some work to detail pin-outs and write source code to send signals to and from the head unit. I'm planning on getting an Arduino Uno and using the RTFM framework in Rust for writing the embedded bit.

I have been using a system called "PhatNoise" (discontinued in 2003) which emulates a CD changer but with a hard drive in the back of the car. Different CD numbers (1-6) have different functionality: 4 is for selecting artists. Suffice it to say that it makes it super easy to navigate through your media collection without taking your eyes off of the road. There's a lot of old stuff involved that I'm tired of dealing with, including only using certain types of IDE hard disks and some weird DRM system with hidden bytes on the disk.

I'm planning on building something that's close to this with a Raspberry Pi communicating with an Arduino Uno over the built-in UART over USB. The Uno will speak the protocol to the head-unit and will allow sending and receiving commands.

Here are a smattering of photos, which I will explain and expand on presently.

Here is the FHU female head-unit adapter which goes from the back of the car into the head unit in the front: 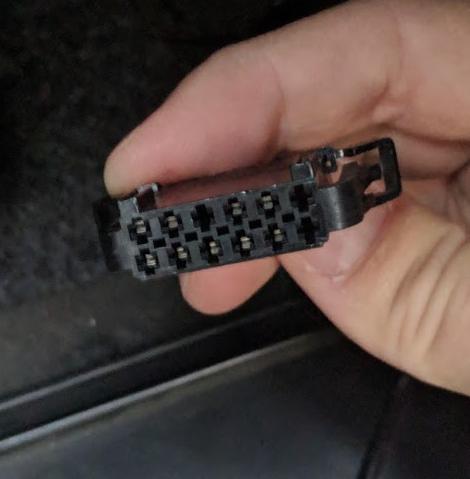 Here is the MHU male head-unit adapter which connects the FHU to the PhatNoise device: 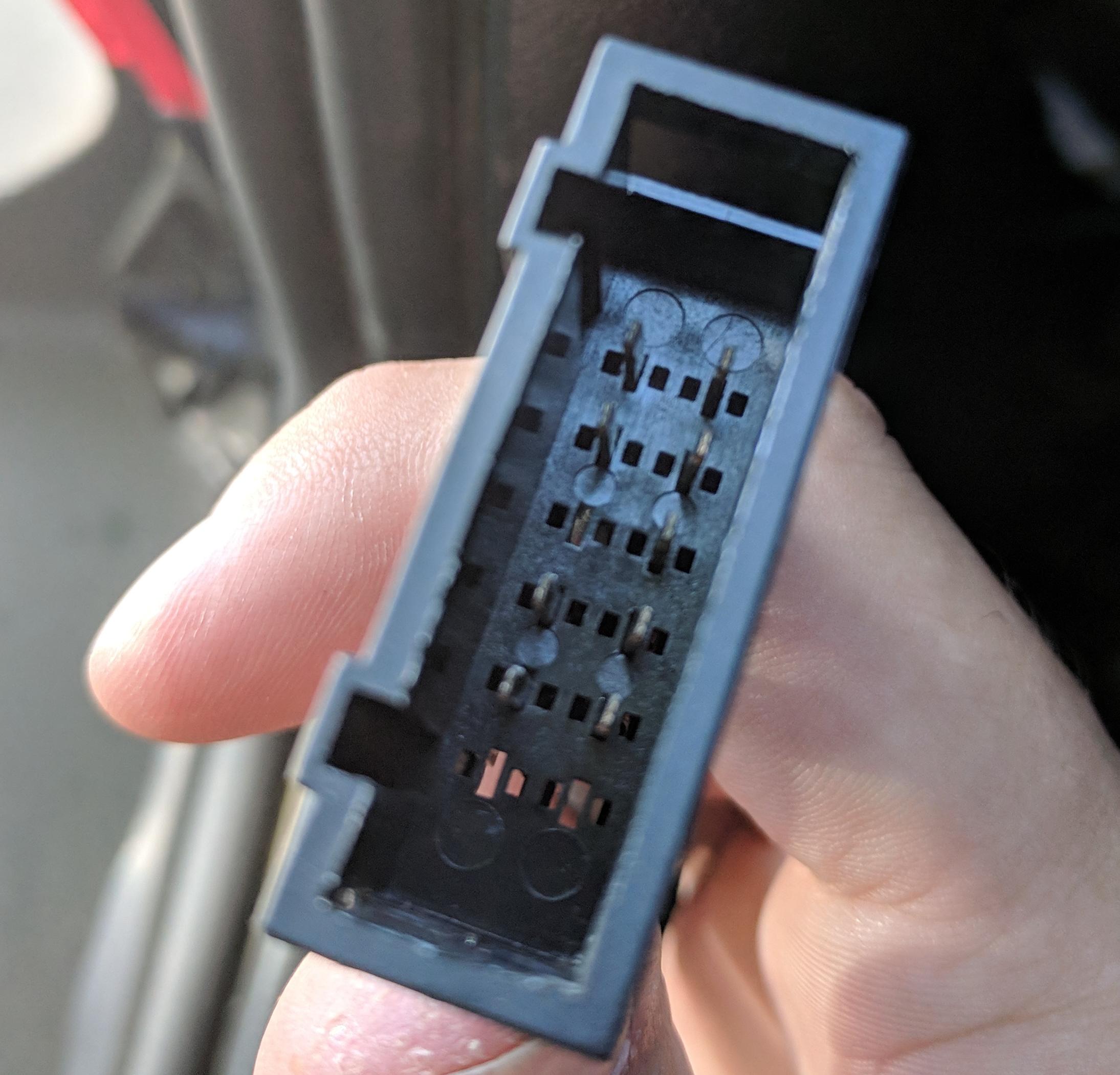 Finally, this is the PHAT (PhatNoise input connector) entering the back of the PhatNoise device: 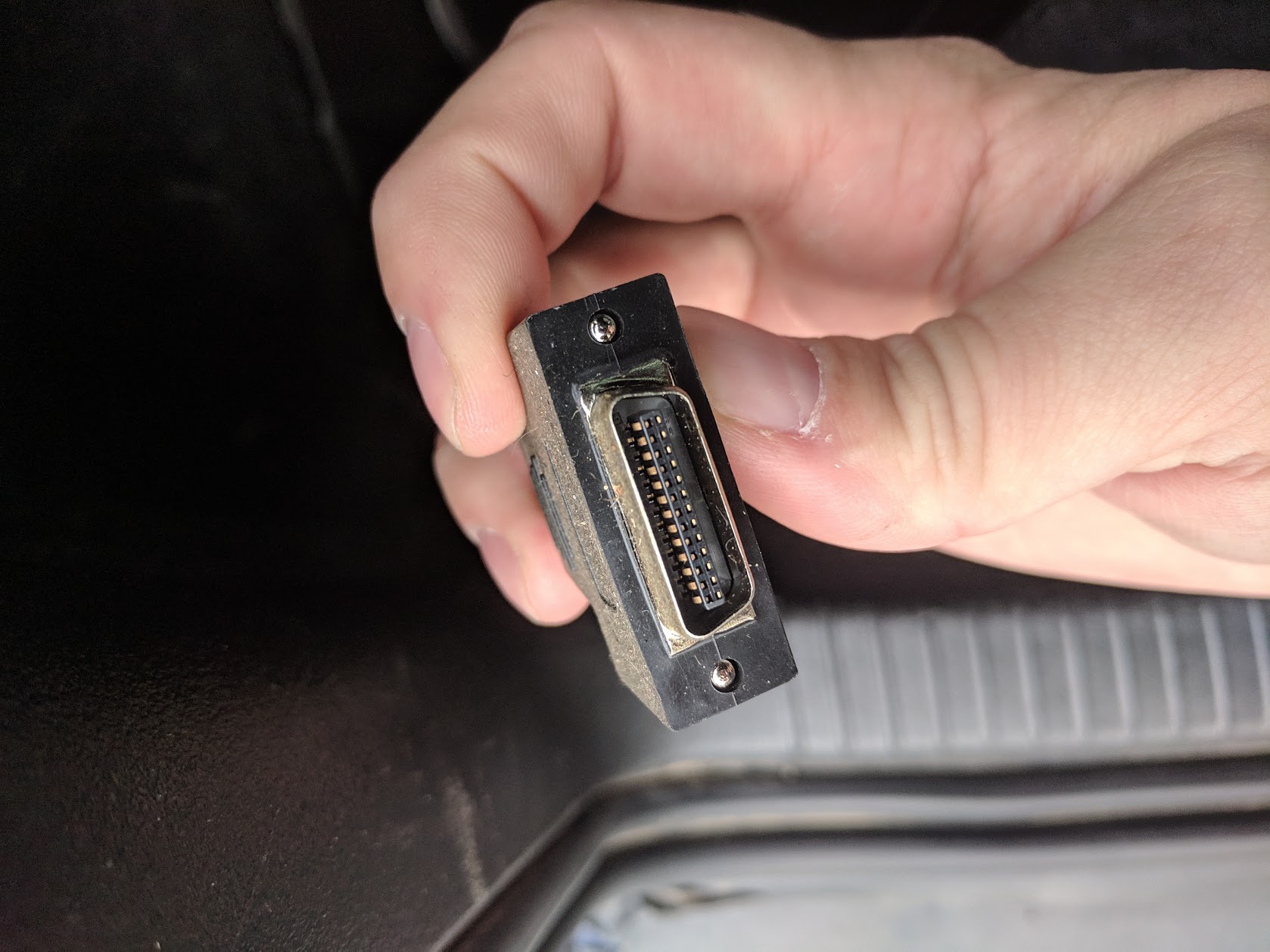 Here is a terribly low quality description of the pin-out: 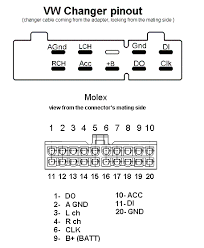 There's 12V DC from the battery, 12V DC from the accessory (only on when car is on), left/right channel audio, and a ground + MISO + MOSI + SCK for exchanging data with the head-unit.

The general idea here is that there is a "head unit" in the front of the car with media buttons, volume, seek, etc. which drives the controls. Messages are sent to the back of the car via cable terminating in a female connector.

Unfortunately VW has often customized connectors which aren't sold to the rest of the world. Try to identify the pasrtnumber and check the standard distributors. Connector Supplier might be Hirose connector, TE Connectivity, Amphenol, ...

May be you can fetch some at the scrap yard or you cut the connector and solder a different one.

Not the answer you're looking for? Browse other questions tagged connector spi automotive or ask your own question.