How does a dot matrix led driver know the voltage of an led?

I wanted to make a 7x10 led dot matrix using two 5x7 led dot matrix from lite-on (LTP757KR). I first thought of using shift registers, then I found a 12 x 8 dot matrix led driver with a bunch of additional functions. I checked the datasheet for schematics on how to use the driver and found that the leds are connected without a resistor on them. 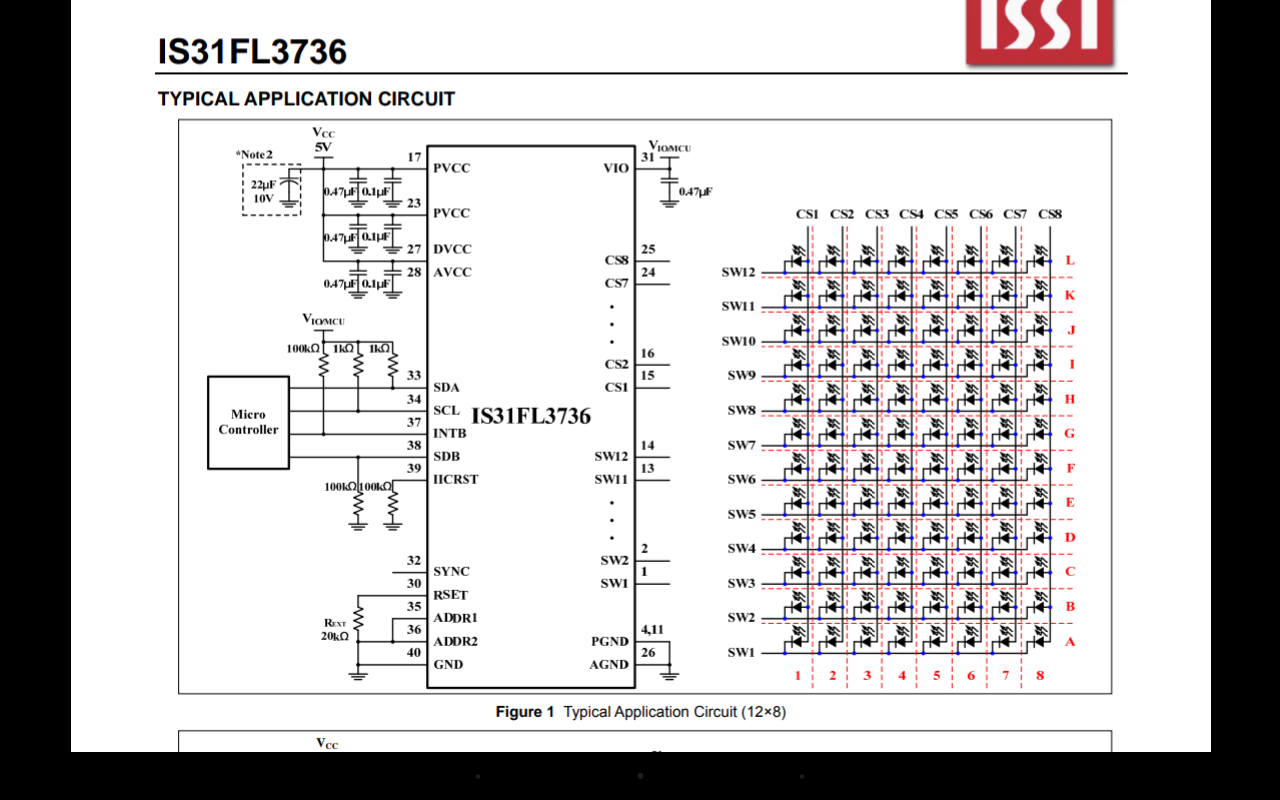 It got me thinking how the voltage on the leds were controlled. The datasheet specifies how the current per led can be controlled by PWM register value and the GCC(global current control) Value. 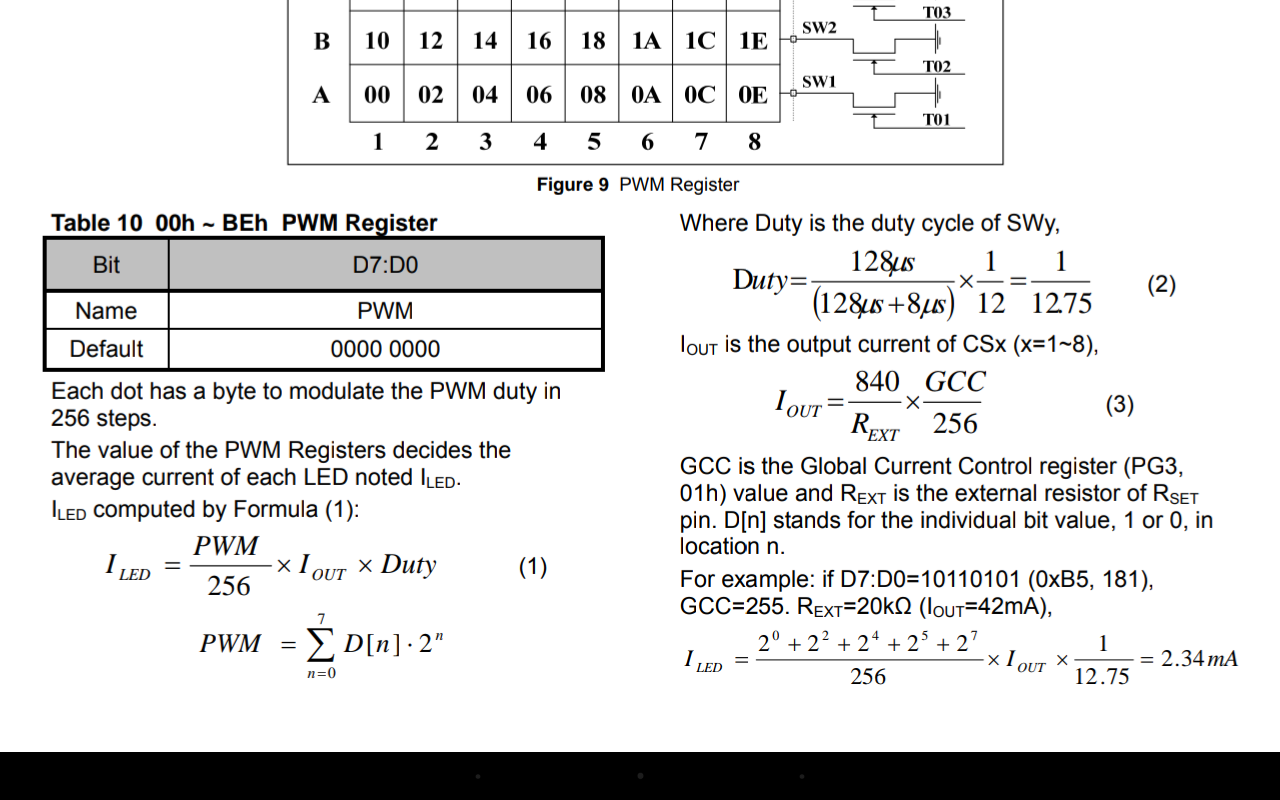 Does this mean that I can control the leds with only the current, not caring about the voltage? How does the driver know what voltage V the led would be at some amount of current I? Or am I doing something wrong?

The driver neither knows nor cares what voltage the LEDs require. As others have said, LEDs are current controlled, not voltage.

The driver is constant current source.

It is designed to provide a set current rather than a set voltage.

The driver doesn't know about the output voltage at all. It doesn't measure it, and doesn't need to.

The voltage is a result of the controlled current, not its cause.

If you connect a resistor to the output instead of an LED, then you could use Ohm's law to find the resulting voltage:

Where E is voltage (in volts,) I is current (in amperes,) and R is resistance (in ohms.)

The same thing happens with your LED, except that LEDs are non-linear so you can't just use Ohm's law on them.

here is how the circuit solves those nonlinear equations 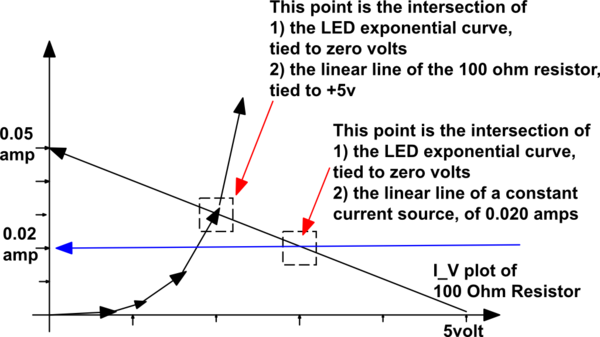 Not the answer you're looking for? Browse other questions tagged led led-driver led-matrix or ask your own question.