I have had this issue for the last couple of days and I cannot solve it. There are many similar issues I've read through online but they have not really worked for me.

This project involves a PCB and doesn't use the Arduino type SD card breakout although it is Arduino based.

I am using the original chip select pin SS (CS_1) for the SD card, and PB4 (CS_2) as the chip select for a CAN controller.

I am fairly sure the SPI interface is working OK because the CAN controller initialises (if I purposely use the wrong SS pin for CAN, it throws an error)

The SD card schematic is also attached. Basically CS_1 from the micro goes to HC4050, and this is level shifted (CS_µ) to the SD card reader. Similarly for MOSI and SCLK. I have not level shifted the MISO line because a schematic I found online earlier did not do so either (but I have forgotten which schematic it is now...) I did check the adafruit SD card breakout schematic and they don't appear to level shift MISO. 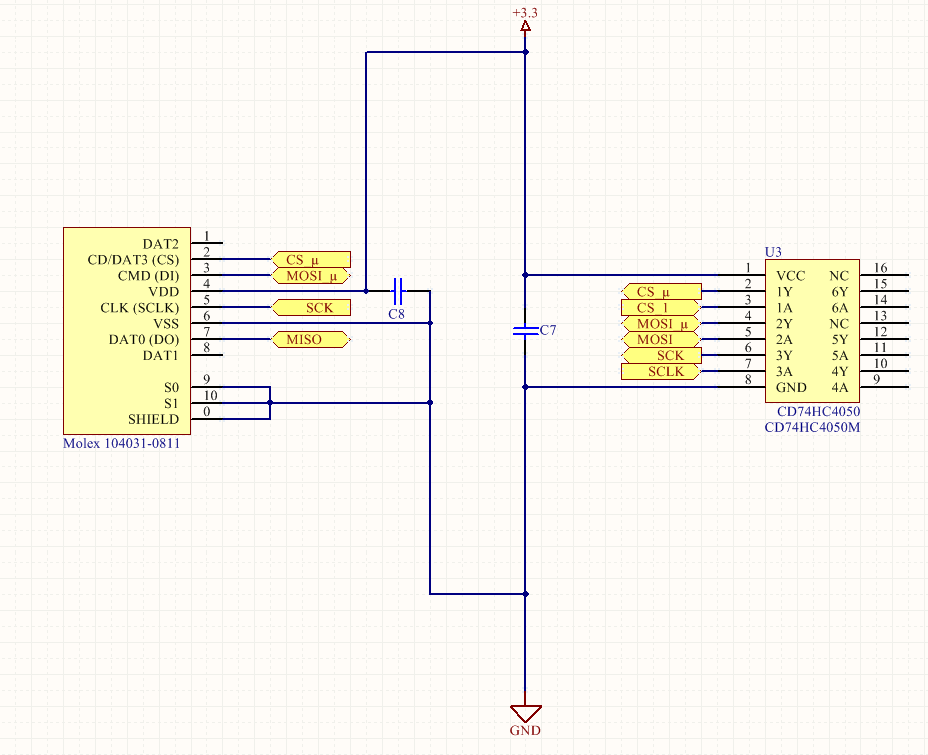 Both the SD card reader and the HC4050 receive 3.3V when tested with a multimeter. For further testing I borrowed an Arduino MICRO from a friend and hooked up an Arduino style SD card breakout, ran the same code and it worked fine.

I used an Arduino MICRO for testing because the microcontroller on the PCB has the same bootloader flashed through the Arduino IDE.

Code for initialising the SD card is as below, I am using the SD.h library.

After soldering some wires to check the SPI lines with a logic analyser, it appears the MOSI, SS, and CLK lines are working correctly, but MISO always stays high (never responds to the request sent through MOSI) 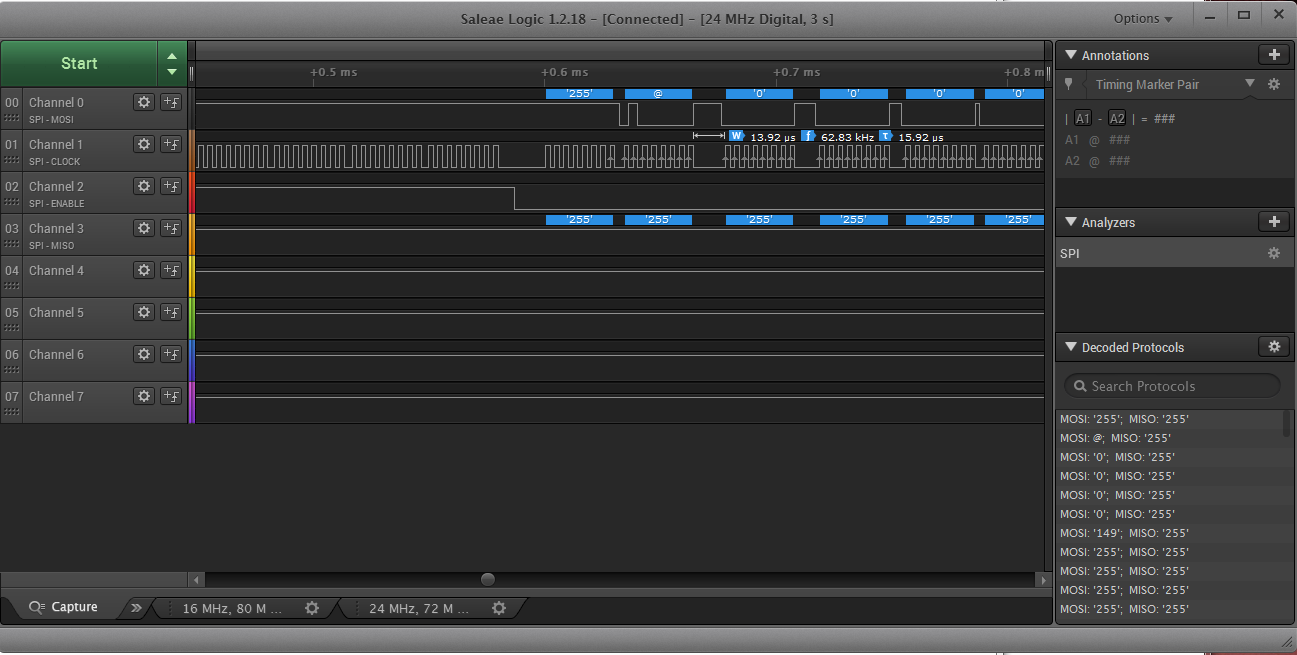 The only time I saw MISO going low is during flashing or power-up.

I also did a continuity test from each solder pad of the SD card reader/slot to the corresponding pin. I was expecting roughly 0 - 1 ohm but was surprised to see each pin had a resistance of 30 ohms to the respective solder pad. Is this normal?

I am not sure what is going on, any insight would be appreciated.

I am using the original chip select pin SS (CS_1) for the SD card, and PB4 (CS_2) as the chip select for a CAN controller.

SD cards don't like to share the SPI bus. The out-of-reset protocol is not SPI, and the chip select works as active high. Thus your CAN communication on the bus could be mis-interpreted as card commands and put the card in a funky state.

Workaround: On Power-Up initialize the SD card first - this turns on SPI mode and CS changes to active low operation.

This issue was caused by a bad soldered connection between the PCB and the SD card holder. Not sure which pin it was, as all pins 'looked' OK even with a magnifying glass.

Extra solder was applied to each pin - initialisation and file operations are OK now.

Not the answer you're looking for? Browse other questions tagged arduino spi sd error card or ask your own question.