Order of write and read in Microprocessor interfaced with ADC

An ADC is interfaced with a microprocessor as shown in the figure. All signals have been indicated with typical notations. Acquisition of one new sample of the analog input signal by the microprocessor involves: 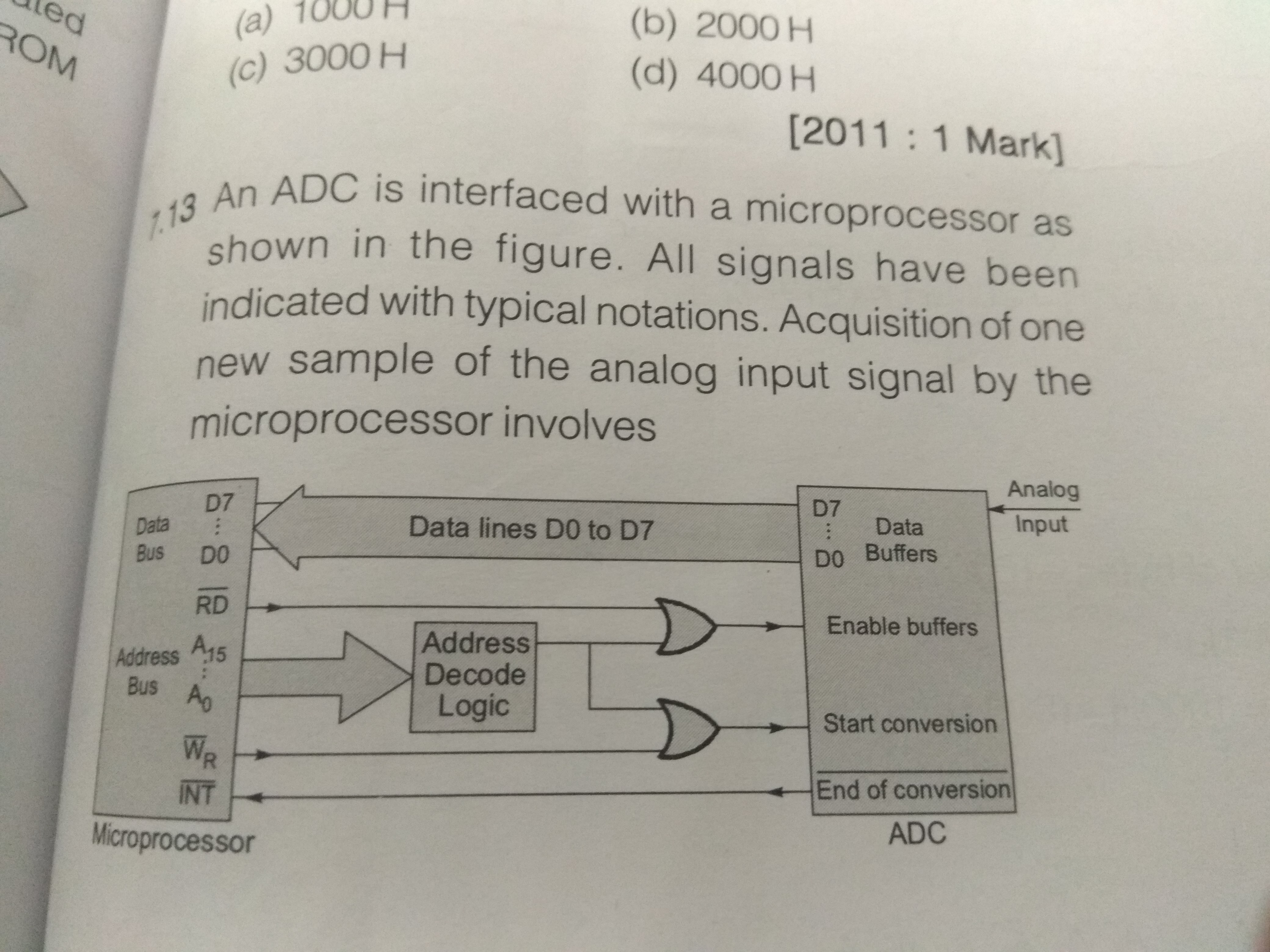 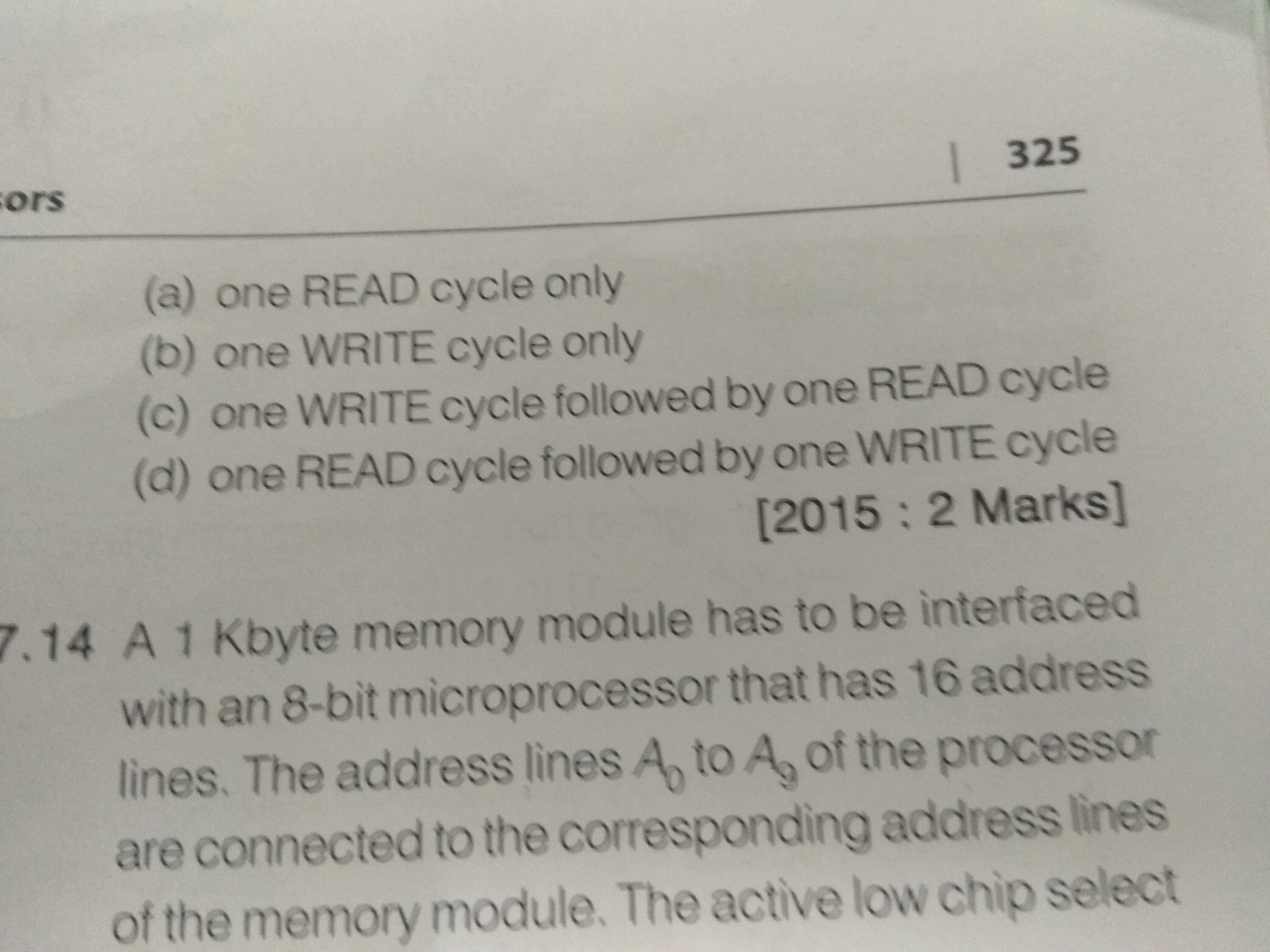 So as I understand it, an ADC is treated as an input device. The Microprocessor (MP) sends an initialising signal first to the ADC, the ADC starts the conversion. Is this the "WRITE" cycle?

Now once the conversion is done, the ADC sends the EOC signal, and now the MP does the READ cycle, completing the Acquisition.

I was not sure of what all is going on, I wanted confirmation that (c) is the answer.

To tell the ADC to convert, you need to write to it - that's the WRITE cycle. Once it's done, the data will be available at the ADC's data bus (D0 to D7). You now need to READ this into the controller - that's when the READ signal happens. So yes, it appears that the WRITE cycle happens first, followed by the READ signal.

From the diagram, you can also see an interrupt pin of the MP connected to the ADC, labelled "end of conversion". That's a handy way to let the MP know when to start reading - the MP can stay dormant instead of constantly polling the ADC. That's not too relevant to your question but it will help your understanding. All in all, the MP tells the ADC to start (write cycle), and the ADC interrupts the MP when its done so it can then get the data (read cycle)

Not the answer you're looking for? Browse other questions tagged adc microprocessor timing data-acquisition or ask your own question.