How do we compute power from current and voltage samples? Can we quantify its accuracy?

I have a datalogger that periodically samples current values by measuring the voltage across a power resistor connected in series with a battery and sensor (the load). The datalogger also samples the voltage across the sensor. Let's call the current samples i[n] and voltage samples v[n]. Sampling of both signals is controlled programmatically (i.e., I specify in code how often to sample each parameter).

p(t)=i(t)v(t) and if we had measured the current and voltage signals continuously (as analog signals and not sampling, as I'd done), we could have built a circuit that "continuously multiplied" i(t) and v(t). p(t) would have been a continuous value.

Instead, we have the discretized the signal by sampling it and so we could only compute p[n] as i[n]*v[n].

How representative is p[n] of the actual power being drawn, p(t)? Why might someone (say an engineer who's in charge of designing the power subsystem) be interested in sampling p[n] at a higher frequency?

How representative is p[n] of the actual power being drawn, p(t)?

Potentially, not at all. For instance, let's say that the applied voltage is a pulse waveform with 1% duty cycle - that is, the voltage is zero for 99% of the time, and (let's say) 10 volts for 1% of the time. The sensor is a 1 ohm resistor. Finally, let's say that the signals are sampled once per voltage cycle, and always during the narrow 1%. It should be obvious that ignoring the actual waveform will produce an estimate which is 100 times too high.

Why might someone (say an engineer who's in charge of designing the power subsystem) be interested in sampling p[n] at a higher frequency?

The previous section should answer that one pretty well.

What you need to do is become familiar with the concept of signal bandwidth. For a signal with a limited bandwidth, if you sample at least twice as fast as the bandwidth you can accurately recreate the signal. Anything less than this will potentially produce inaccurate results.

That is even worse. Depending on the details of the signal, the resulting calculation can bear no resemblance at all to reality.

EDIT - As an example, let's say that the signal is a square wave which has levels of +10 and -10 volts. The load is a 10 ohm resistor. The signal transitions from +10 to -10 at 1.510 seconds. Then the voltage acquired will be 10 volts, the current will be - 1.0 amps, and the computed power will be -10 watts. Just in case you're really new to electronics, this is simply impossible for a resistive system.

As Edgar Brown has commented, if you know enough about the system, the delay between the two measurements can somtimes be compensated for (if the sample rate meets the Nyquist Criterion - but not (in general) otherwise.

There is a way to calibrate accuracy but you do not have a design spec nor given enough design details that will achieve any reasonable spec. of x % under varied conditions.

Unfortunately you have a lot to learn in power measurements Start reading here. This is only a beginning.

One of the most attractive attributes of the DS-ADC is its rejection of unwanted 50/60Hz signals. If the integrate cycle lasts exactly time T , all frequencies of N × 1/T are completely rejected (theoretically). So for T = 100ms, multiples of 10Hz are rejected. The actual limitation of this rejection is due to the finite swing of the integrator (since we don't want it to saturate) and the inevitable "wobble" of the 50/60Hz frequency itself. Over a long period of time, 50/60Hz can be averaged to get extremely accurate time bases. Over a short time however, it jitters by a few Hertz. This will limit the actual line rejection to about 40-60dB. 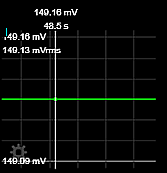 Vrms * Irms ≠ Prms when the multiplying does not use the exact same sample time even if the interval is the same.

Averaging with a short time sample may introduce measurement errors depending on the phase angle and deviation of phase angle between samples. This simulate shows max/min peak values with RMS or Avg for power, voltage and curent. Compare each result to see why there are differences. The true result is displayed at source using V(t)*I(t) averaged near 4kW for an example of mixed loads. 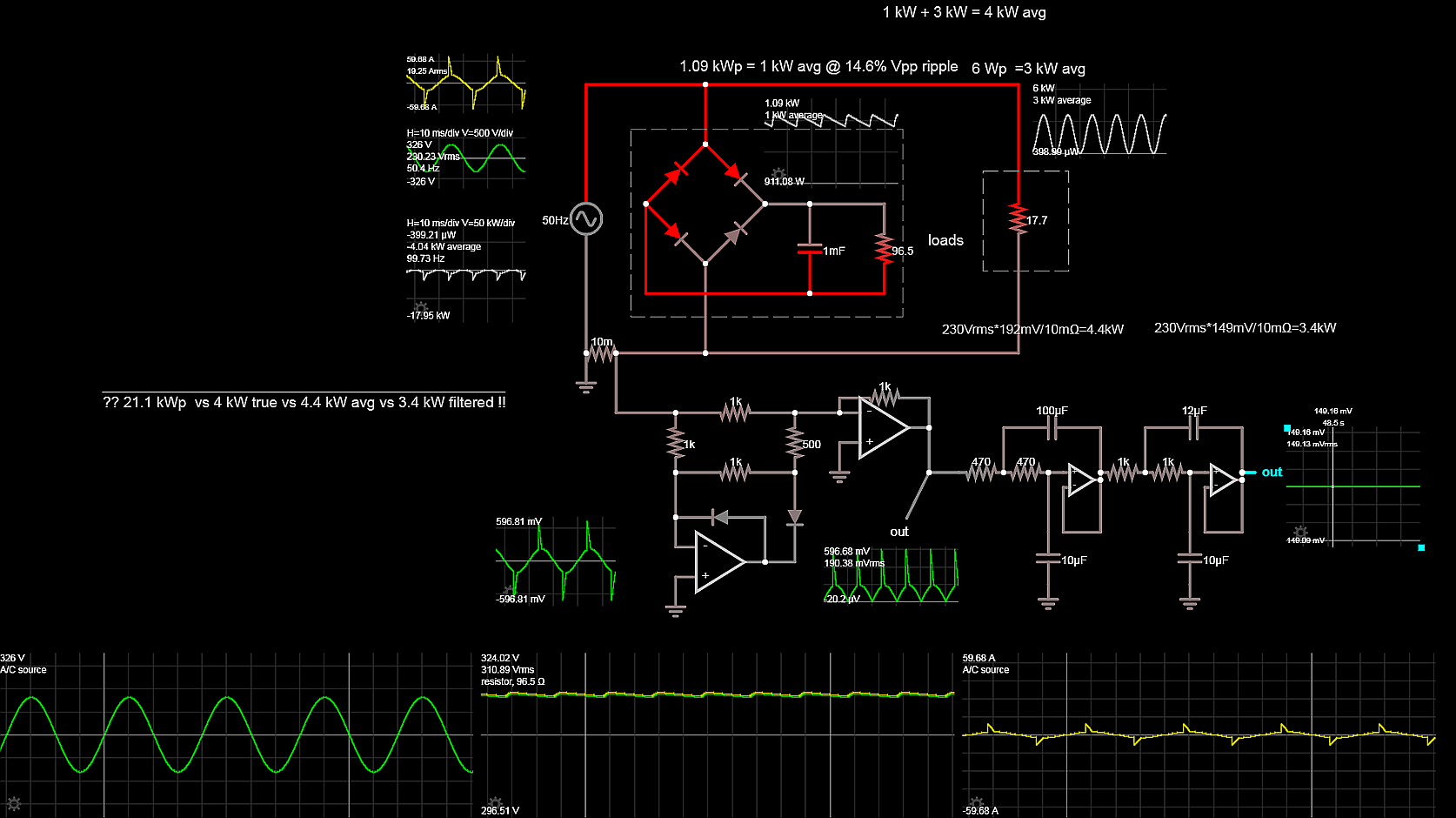 Not the answer you're looking for? Browse other questions tagged power sampling or ask your own question.

3
Can we draw analogy between em power flow through free space and ac power flow through a transmission line?
3
Weird samples from SAR ADC
6
Voltage Drop and Safe Current Load on CAT5 Cable
0
When routing power how is a safe current-carrying wire configuration determined with multiple wires?
1
how to compute the average power from AC generator
1
Does it matter where we measure the Voltage in a large-scale, industrial installation?
0
In this wind sensor, how can I increase the sampling rate (takes up to a minute to update)?
12
What is the “Nyquist” rate for sampling the derivative of a signal?
1
Filtering an ADC input with an RC low-pass filter
0
Measuring power consumption of system with buck converters