I am making a PCB with an Array of current DACs, which need ~15V, so I'm using a boost converter followed by an LDO.

I've (tried my best) to layout the dc/dc & LDO per best practices but I'm still unsure about how I should be routing the ground from the analog ICs back to the Power "management" ICs to avoid improper return paths.

Right now, I've got a Ground Plane shared by all the DACs that is separated from the boost converter except through a fill that routes thru the LDO, I tried to highlight my ground plane in the pic. 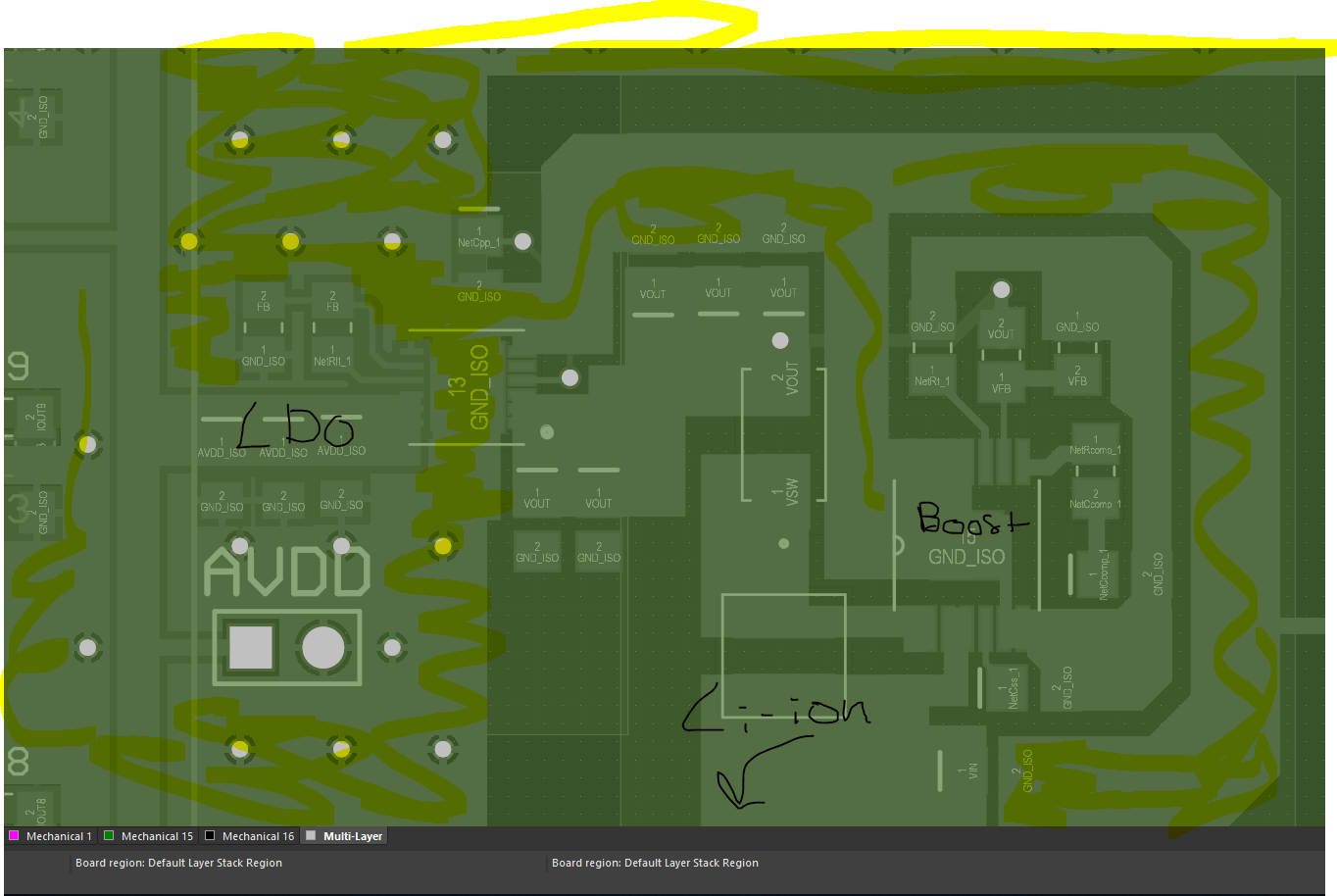 Edit: Here is the annotated board. 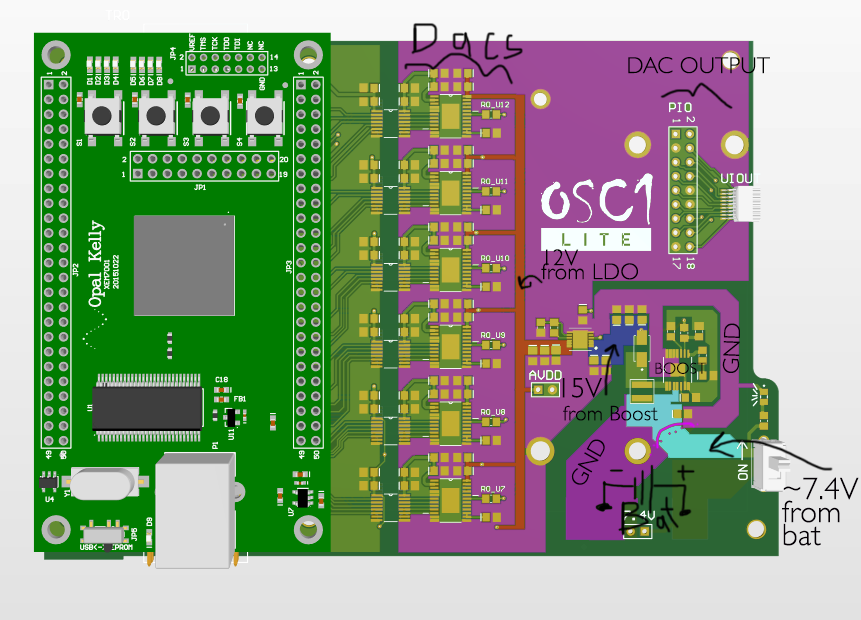 (decoupling) capacitors are local batteries from which the high frequent current is drawn. So, on your PCB draw a line from the positive terminal of the capacitor to the IC it feeds (so, Vdd of IC) through the IC to its negative terminal (Vss) back to the capacitor.

I drew some current loops on your PCB and indicated a so-called starpoint. As far as i can see, you nicely seperated the boost converter currents (right of the starpoint) from the DAC ICs currents (left of the starpoint), so here, you probably don't have 'bad return paths'. 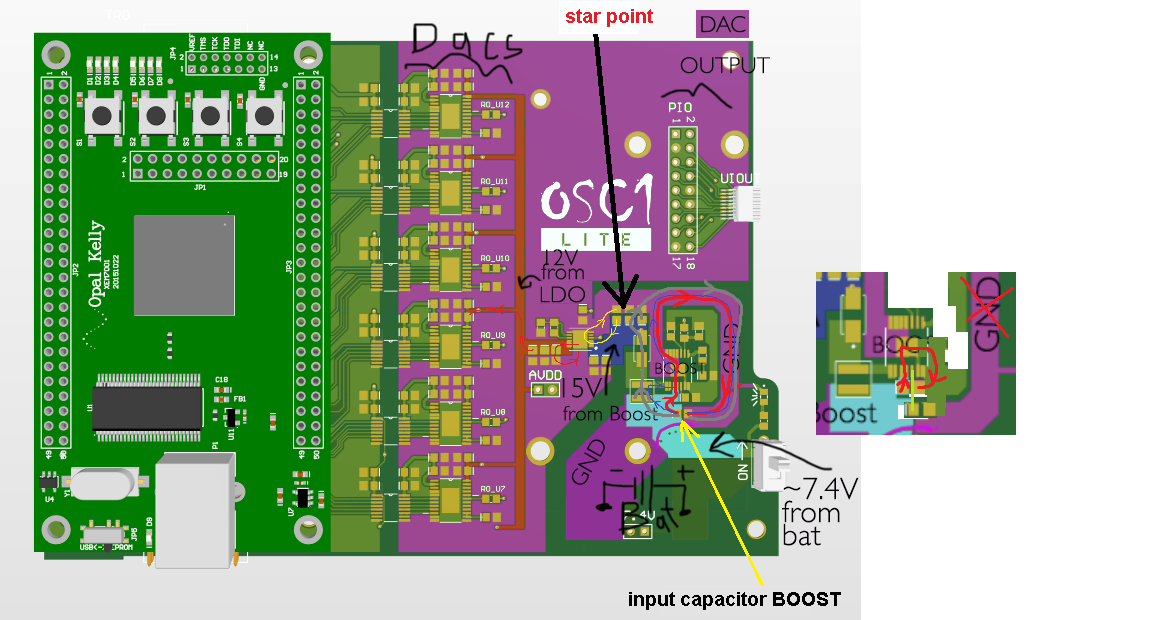 For boost converters (actually, I think all converters) the most important current loop is from the input capacitor to the Boost IC and back. That's why Layout Guidlines always start with "The input capacitor should be placed as close as possible to the input pin for good input voltage filtering."

7
In a boost converter, should ground plane be placed underneath the gate trace?
12
Routing a buck/boost DC/DC converter
3
What are some techniques to lower noise on a mixed-signal analog-to-digital converter board?
3
Proper PCB grounding with several general purpose ICs
12
Details on PCB layout for microcontroller
5
PCB Layout advice for high current buck converter
2
Potential Difference in the Ground plane
1
PCB with Mixed Analog and digital
1
Altium, mixed signal board, convey to PCB designer whether net must stay over analog region of return plane or digital region of return plane
3
What's the correct grounding concept in this mixed-signal microcontroller design?