What electric part is on this manhole cover?

Here's a photo of a manhole cover 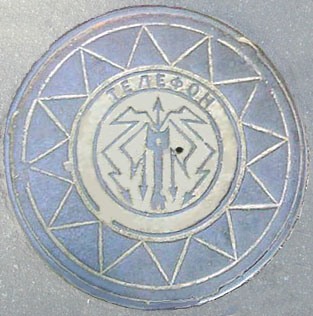 The letters form the word "ТЕЛЕФОН" ("telephone" in Russian in ALL CAPS).

What is on the picture in the center? Perhaps it is some part that should be associated with communications but I have no slightest idea what it might be.

I've Googled a lot and found that this image is a logo of a USSR state organization responsible for communications which acquired all the assets (logo included) of Svensk-Dansk-Ryska Telefon AB (rus Шведско-Датско-Русское телефонное акционерное общество) telecommunications company that used the same logo.

More Googling finds this one century old logo of a Stockholm telecommunications company that has the same image yet much simpler and with carefully depicted main details. 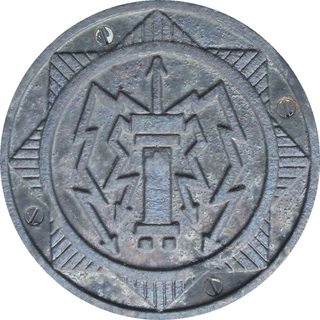 So far I've seen various explanations of the image, including a receptacle and a candlestick telephone earphone (the earliest telephone design had a fixed microphone and the earphone had to be held next to ear). However none of the claims are backed with reputable sources.

What is the electric part on the image in the center of the cover?

It's a badly rendered communications tower or, just possibly, the end of a cable. BUT a tower looks far the more likely.

Olga can assist (that's her feet) - 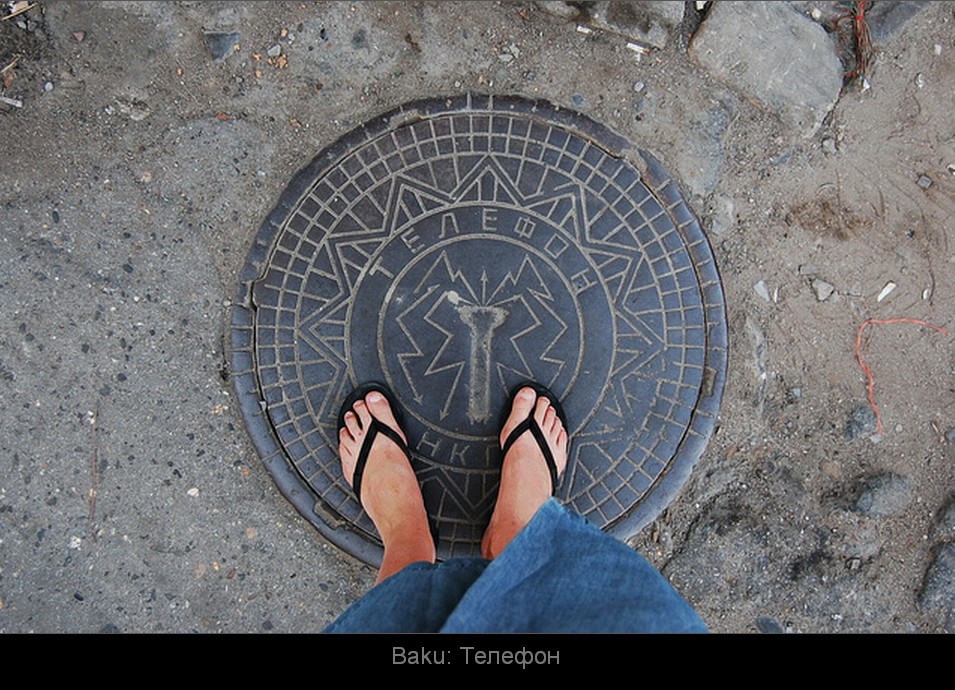 Which is from her Olga's feetography album

This part is an old telephone "receiver" having so-called "butterstamp" shape. Image from Wikipedia. It's the same "tower with two small legs" as on the manhole cover and on the old logo and it's actually a mostly wooden part which is held next to user's ear when the user is speaking on the telephone.

I used this publication (text in Russian) to aid my search. The publication lists the following image (referenced in another answer which was deleted by the answer's author) 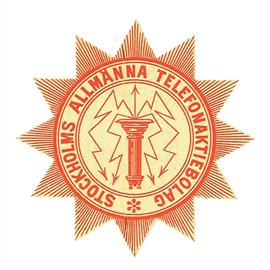 ... which is a version of the same logo of the same Stockholm telecommunications company. It looks exactly like a neat drawing of the "butterstamp" telephone "receiver" pointed upwards and looking very much like "a tower with small legs".

Like other answers, I'm only speculating. Perhaps that logo includes a highly stylized high-voltage ceramic insulator, of which some kinds have two "feet", such as: 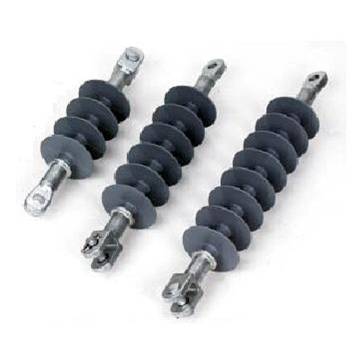 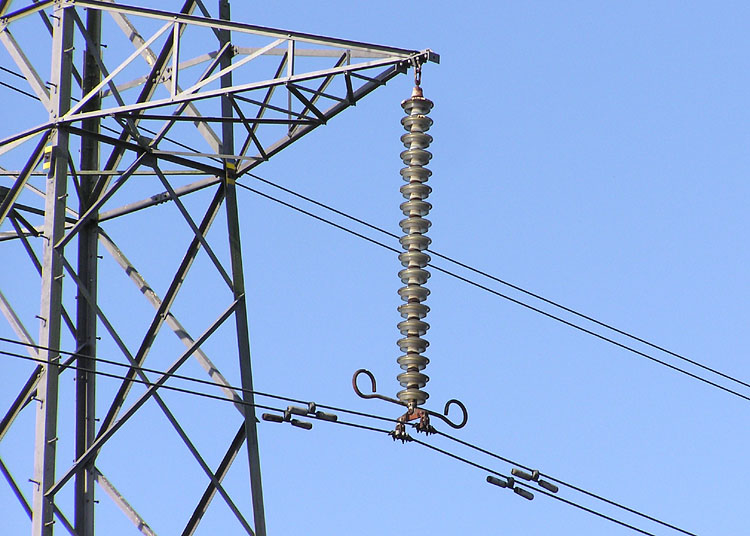 (The images of the logo that I've seen don't have enough detail to distinguish between such an insulator, a Van De Graaff generator, or a Tesla coil.)