How can I allow a smaller clearance value for differential pairs in Altium?

I have finished routing a PCB in Altium (v17) and am resolving design rules violations. 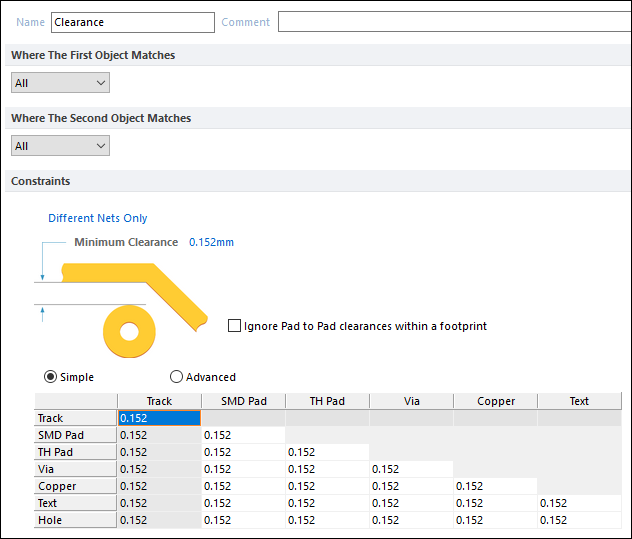 I created a new Clearance rule named Clearance_Diff which requires the first and second objects to both match a custom query IsDifferentialPair, and specifies a clearance value of 0.127mm. Testing the query correctly selects the number of differential pairs I have on the PCB. 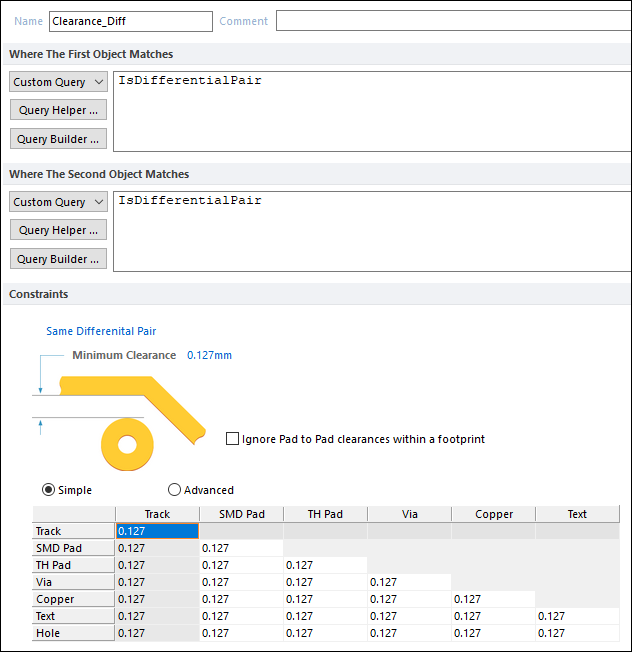 The violation occurs whether the new rule is prioritized above or below the previous clearance rule.

How do I set up design rules such that differential pairs won't violate the general clearance rule?

I'd set up a net class and assign all differential pairs to it.

Change the query to use InDifferentialPairClass('*'). (Use the wildcard to select all differential pair classes, or specify individual classes and concatenate with or as necessary). 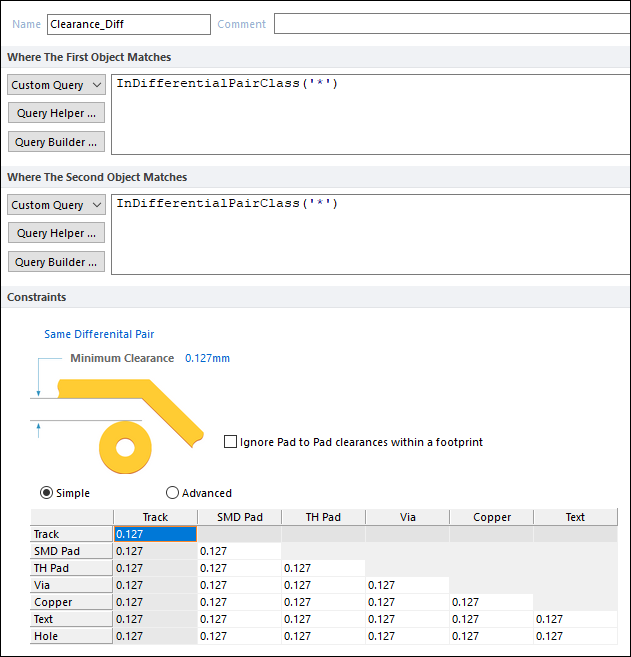 IsDifferentialPair looks at the entire net as an object, but doesn't examine the track sections for clearance-checking. Since the net as a whole can't conceptually have clearance between itself and itself, using the InDifferentialPairClass convention will select track segments instead and produce the desired result.

Not the answer you're looking for? Browse other questions tagged pcb-design altium differential design-rules or ask your own question.

2
“Net Antennae Violation” on Pad -> Via -> GND plane connection
1
Altium: how to display all DRC errors?
4
Altium Short Circuit Undetected Between Layer
1
Minimum solder mask sliver
1
Altium issue: Clearance design rule between via and pad of same net
1
Altium Designer 17 DRC taking for ever
1
Set rules for net connected to specific component in Altium
1
Altium track width DRC error on corners
1
What are these gaps in PCB polygon pours near vias of the same net?