I'm working to repurpose the trackball assembly of a Logitech Trackman wired mouse for use in an experimental rig. I assumed that Logitech would use Avago's ADNS series of optical flow sensors, but it doesn't appear that way. I've managed to carefully disassemble down to the sensor, but still can't find a part number. One side of the chip reads "M8aSN" but this returned nothing from Google. The sensor assembly had 6 leads running to a PIC, while the sensor itself has four pins.

I'm hoping that some sleuths here might have some ideas. Thanks in advance.

Avago ADNS series sensors (seemingly not what I'm looking at due to the difference in pin-out) [PDF!]: http://media.digikey.com/PDF/Data%20Sheets/Avago%20PDFs/ToolKitSelectionGuide.pdf

Lastly, here is the most similar-looking component I've been able to find so far. It has four pins though it is surface-mount: https://www.vishay.com/ppg?84286

Photos of what I've got: 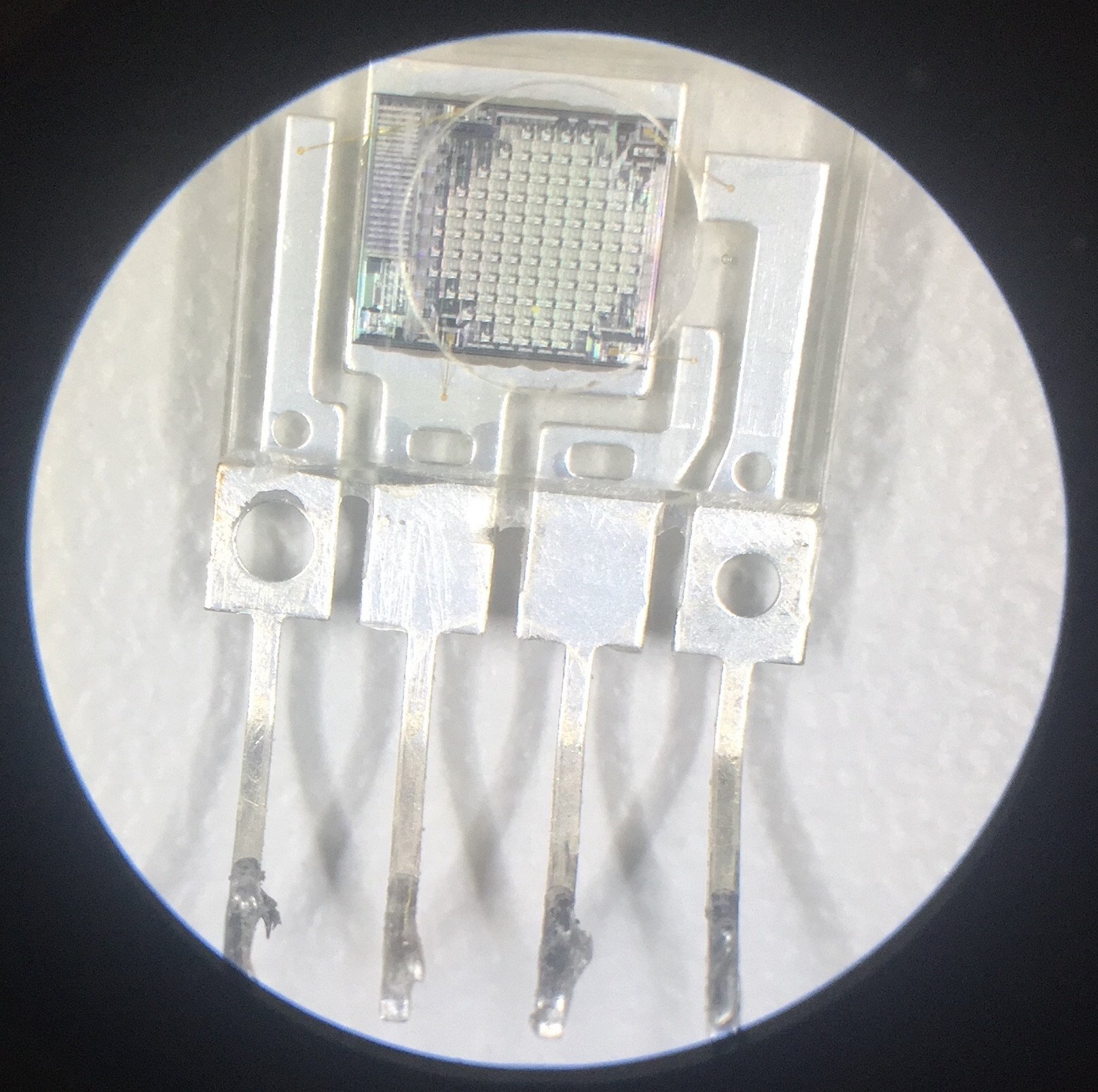 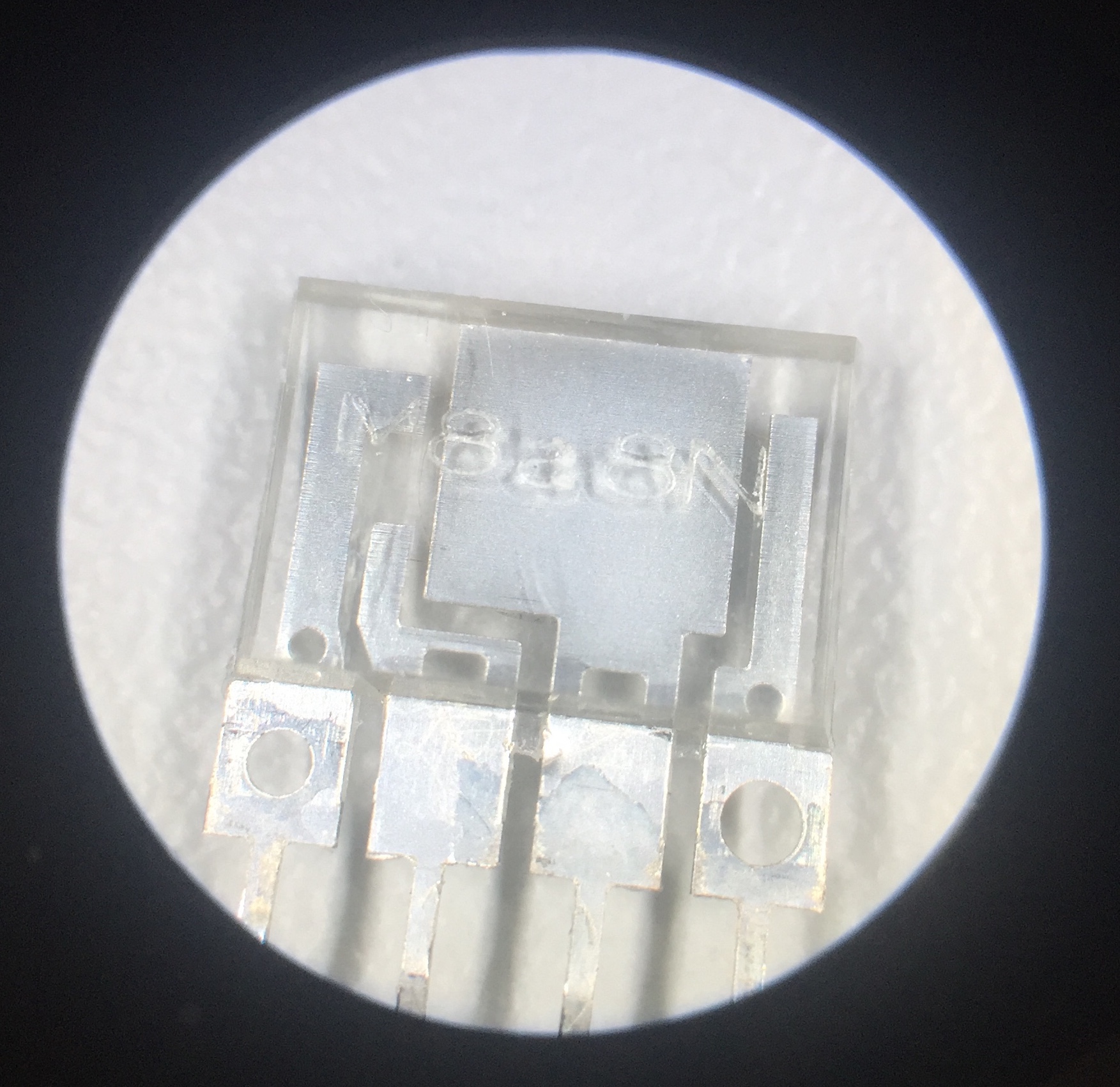 full assembly of LEDs, chip, components-- this has 6 leads 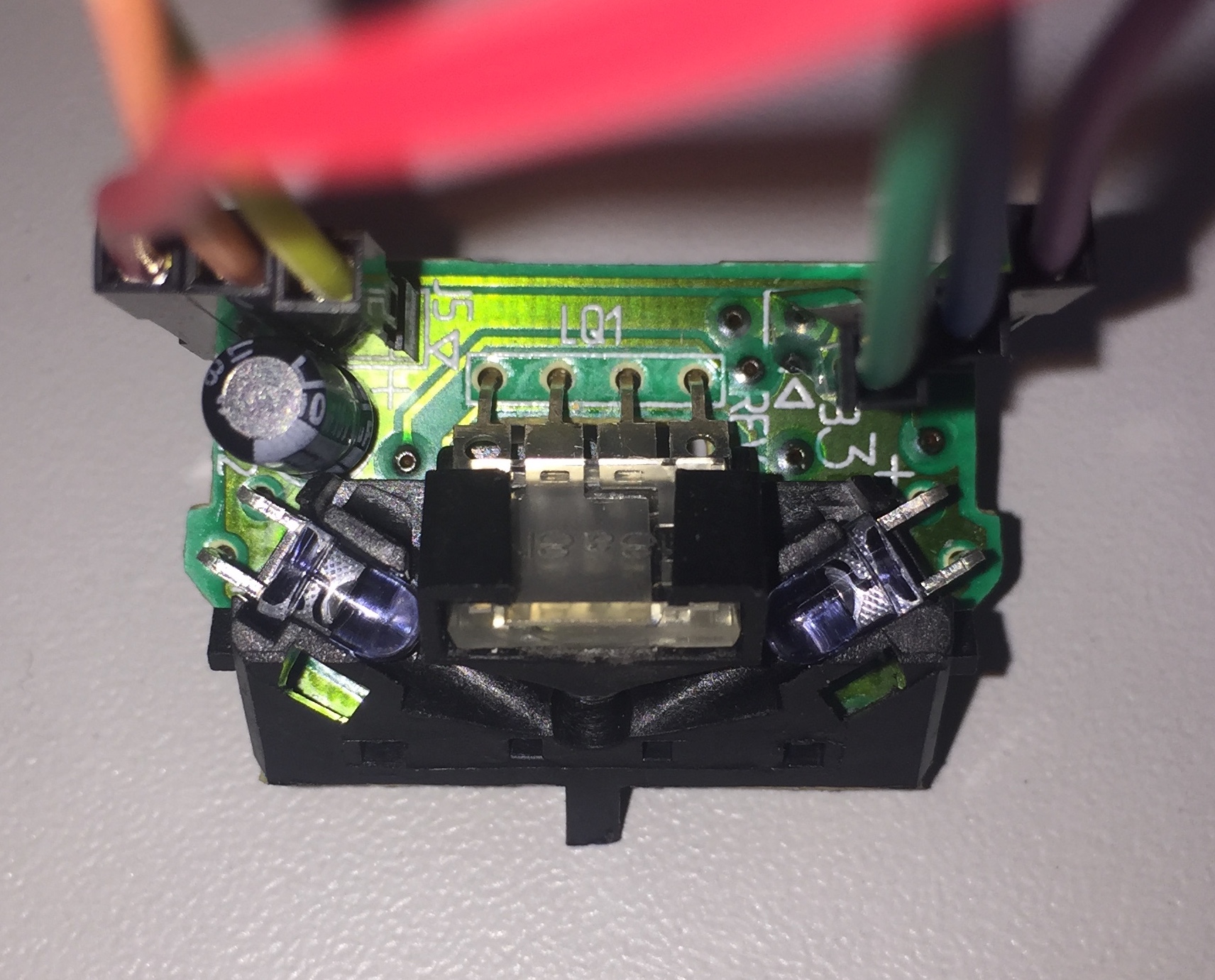 I thought those things had become obsolete!

This is more anecdotal than anything, but the Trackball Marble by Logitech was the first to use optical sensors in this way. I actually worked with some of the researchers that designed the first versions of those ICs, some of the historical pedigree is here. The one you found might be more recent versions of the design (and very likely proprietary to Logitech).

The original ICs were actually what is known as analog VLSI (aVLSI) optical flow sensors, these come from the field of Neuromorphic engineering. They do analog calculations based on the optical array that represents the movement of the optical field (loosely based off an insect's eye). This is the original conference paper (PDF download link) from the research team that created it: A CMOS Motion Detector System for Pointing Devices, Xavier Arreguit et.al.

You can see that Figure 1 of the paper very closely resembles the layout of the sensor you found. 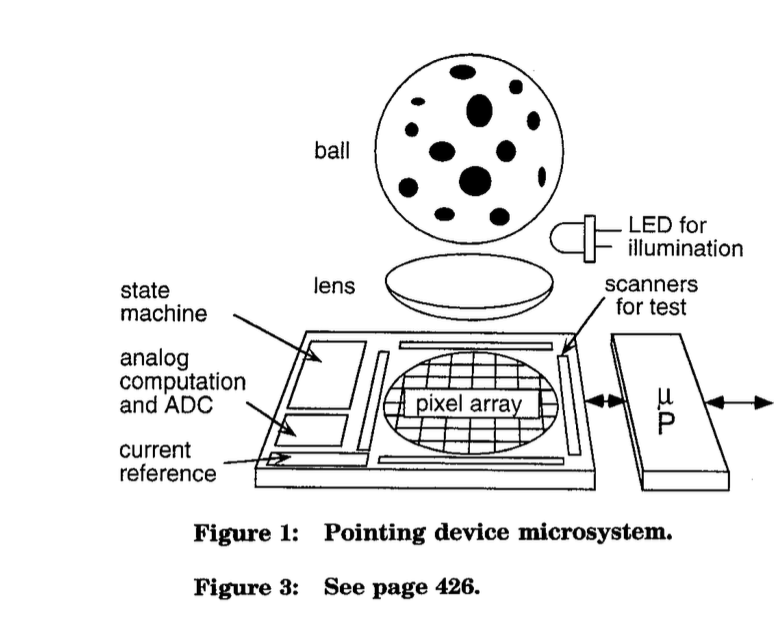 According to the 1996 paper, the output of the sensor IC is two 5-bit digital words one for delta-X the other for delta-Y. It only uses 4-pins, two for power one for interface clock, and one for data output.

You should be able to decode the pinout by tracking the signals on the PCB, but it is clear that the large mounting pad in one of the two center pins must be ground.

Although the fundamental idea is similar to what Avago's sensors use, the principle of operation is completely different. Avago's design is fully digital, consisting of a low-resolution camera and digital signal processing circuitry.

Not the answer you're looking for? Browse other questions tagged led pcb sensor identification cmos or ask your own question.