Torque and speed control of a DC motor

I'm new to electronics and this is my first post so please be patient with me.

I am required to design a rehabilitative exoskeleton-like knee-brace to assist sit to stand, I have faced a number of uncertainties due to lack of understandings of the working principles of a motor. This exoskeleton should exert minimal torque to assist the user to rise from sitting

As a rehabilitative device, the output speed of this motor is required to be constant and from what I understand, holding the Voltage input to the motor constant will achieve that. The motor needs to have a controllable output torque, and I can control torque by controlling the armature current.

Would this be a feasible idea or are my principles extremely wrong, I would like to seek advice before sourcing for parts. I hope no one feels that I am asking to be spoon-fed, as I am only asking for advice

Me: You need to decide whether you want constant speed or constant torque as you can't have both at the same time. I suspect you want to set a current and voltage limit giving you a maximum torque (current) and a maximum speed (voltage).

You: I would like to set a current limit so that the motor would not exert more torque than necessary as that would take away the concept of rehabilitation. In that case I should control the voltage while setting a current limit, is that right?

If you have a DC motor and a bench power supply you can play with you can get a good intuitive feel for how this might work. 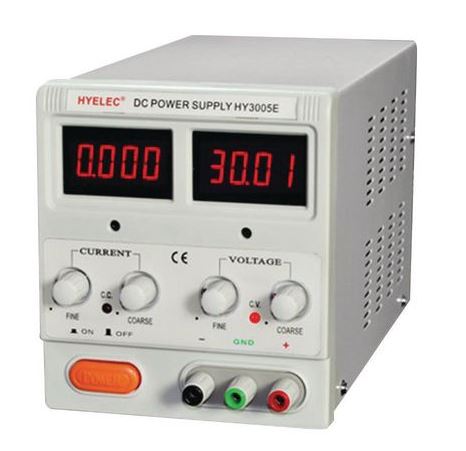 This will give you some instinct regarding the type of control you need. Then you can look for a suitable controller to meet those requirements.

This architecture uses inner feedback loops to respond quickly to deviations rather than waiting for the effects to propagate through the entire control loop. The errors are minimized before they can propagate. If the internal current loop is faster (and should be), a slight change in load will have less influence on speed. Generally speaking, the internal loops should have a higher BANDWIDTH than the outer loops. The DC motor will usually have a small time constant. In this way, if only the speed control was used, a small change in the voltage at the motor terminals could cause a large variation in the current (uncontrolled). Thus, another advantage of the cascade control is the possibility of limiting the current to the maximum allowed values. The point here is that you will need to measure the current. I believe you are considering bidirectional control of the motor, so an H-bridge should be used. The figure below shows such a system operating in four quadrants and the current measurement included: 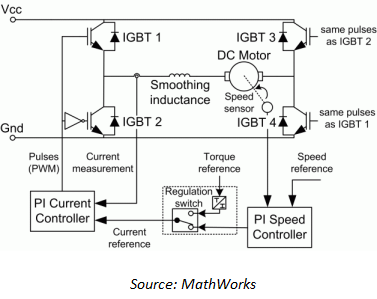 The figure below shows a way to measure the motor current and at the same time to discriminte its direction: 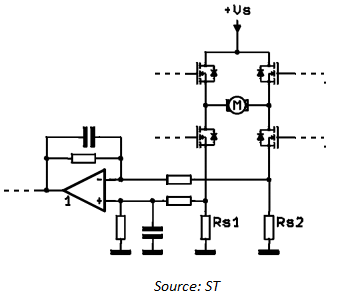 Apart from a more complex sensorless system, in order to measure the speed, Hall sensors and opto sensors are commonly used with digital controllers, whilst analogue circuits often use tacho-generators. The whole subject is vast requiring a lot on subject of control (modeling, systems identification and simulations). Also, special integrated circuit for motor control will greatly help with its built-in features.

Not the answer you're looking for? Browse other questions tagged voltage current dc-motor buck motor-controller or ask your own question.

2
Which electro motor to use for steering a kite? (guestimation marathon)
0
Relevant dc motor specs for buck converter design
6
Behavior of Boost and Buck Converters
1
DC or Step motor
1
4 Phase 5 Pin high speed motor driving (turbomolecular pump driver)
1
How to get right voltage output with Bts7960b H-Bridge?
0
Which should I use? Stepper or DC motor?
0
Measure torque with a BLDC motor