Why Is There Negative Voltage at the Anodes of Two Rectifier Diodes in this Circuit?

i've been trying to figure out how this PSU in my amplifier is working by studying the schematic, and would like to check that my assumptions are correct, but also, as per the title, i'd like to understand how this circuit is sourcing its negative rail from a diode bridge.

So far as i can see, the diode bridge is acting as a full-wave rectifier, but rather than the voltage passing back into the neutral side of the AC connection through the diodes D209 & D210 respectively (depending on the phase of the AC) as in a typical bridge rectifier, it's being sunk to ground through a center tap on the transformer. The anodes of these same two diodes are then being tapped to provide the -45V negative rail. It seems that in effect these two diodes are in fact not acting as rectifiers, but are instead reverse-biased and blocking positive voltage from going into the negative rail, and that in fact only D207 & D208 are doing the rectification. Is this correct?

I have probed the diodes and confirmed this assumption, the anodes are indeed sitting at -45V in reference to the common ground terminal.

How then can current pass into the negative rail from the AC side through the diodes D209 & D210 which appear to be reverse biased and thus effectively open circuit..?

It would appear to be quite a fundamental rule of electronics that i'm missing.

Thanks for any help ! 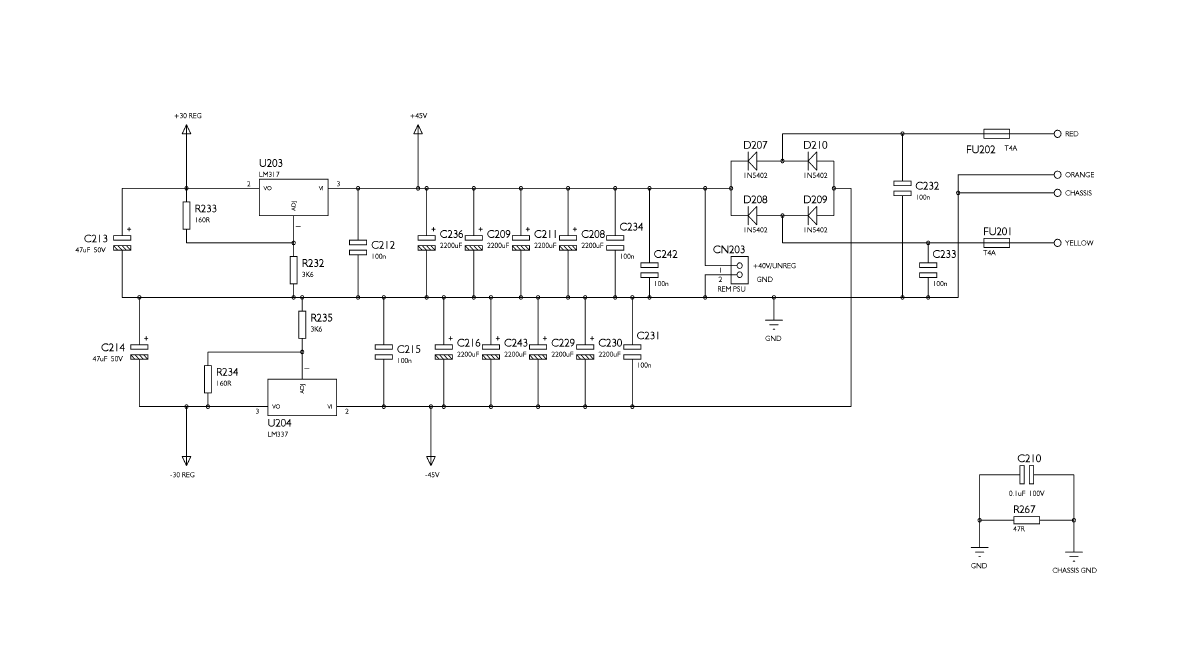 Here you can see how the current will flow in your circuit when the load resistance is symmetrical (\$R_1 = R_2 \$). For positive and negative half. 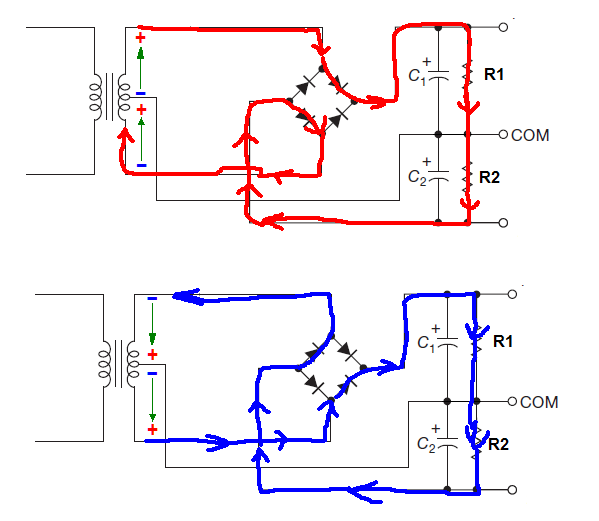 And the DC equivalent circuit 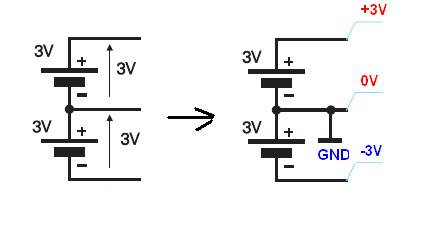 Because the charged capacitor behavior very similar to the "battery".

The four diodes do work as a full bridge rectifier. This is a quite common circuit and used in many circuits where a symmetrical supply (positive and negative supply rail) is needed.

Can you understand how this circuit works?

Instead of using a full bridge rectifier (4 diodes) it uses a transformer with a center tap. Note that this gives a positive output voltage. (But I could reverse the diodes and then I would get a negative voltage.)

Can we use those transformer taps more and also use it for the current in the other direction? Yes we can, see below. 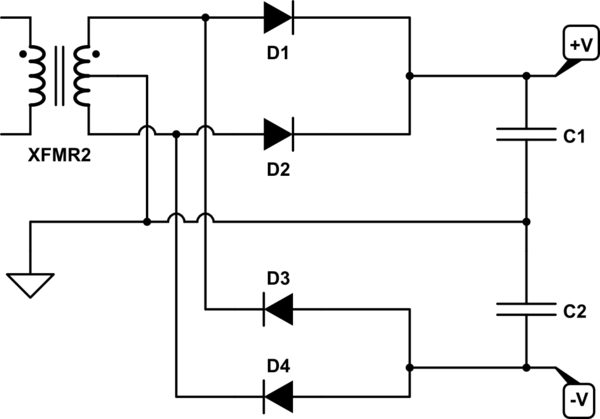 This is exactly the circuit at the right side of your schematic.

Here the "previously unused" part of the sinewave is now used to make a negative voltage -V.

2
How to find Voltage based on reference nodes?

4
The flyback diode and its applications
2
Why do Schottky diodes have two anodes?
0
Why Does LTSpice Always Show Negative Voltages in a Rectifier Circuit?
1
How to solve a simple diode gate question from Sedra and Smith (Exercise 4.4)?
0
what is the voltage across the diodes when placed across 5V, as forward biased and reverse biased
0
Are Schottky diodes the best option for this application?
1
Center tap transformer with full bridge rectifier, number of rectifiers
0
Choosing “pull down” resistors for automotive diode logic XOR gate
1
Expressing output voltage in a circuit with zener diodes without any value given
0
How these two diodes used in the ciruit protect from the voltage spikes?