What does a resistor value of “NOM” mean?

On this schematic of part of the Apollo Guidance Computer (found here), some resistors have a value of "NOM." 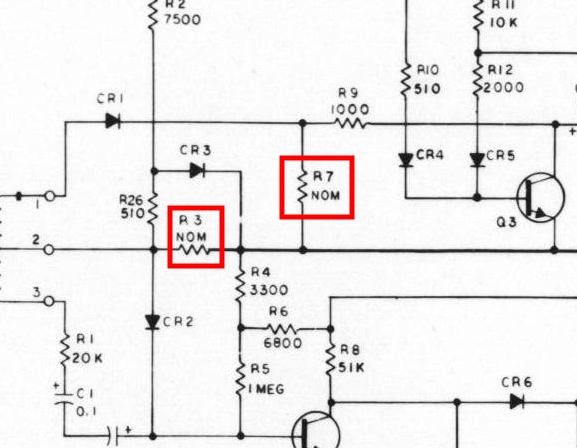 According to this question, "NOM" stands for "nominal" when it's found in a datasheet, but this isn't a datasheet and I don't see how "nominal" would make sense here.

These were hand drawn and you usually have to check around the first few sheets to understand the syntax. 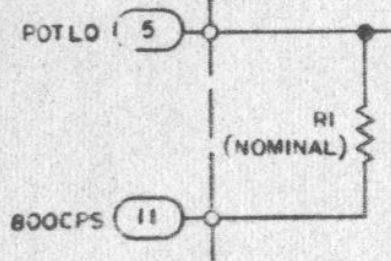 As for the NOM values. These refer to the actual part numbers.

Looks like 1006760 is the generic part number for 1/2W resistors and 1006750 are 1/4W resistors. These resistors are in bins and these boards were probably assembled by hand. 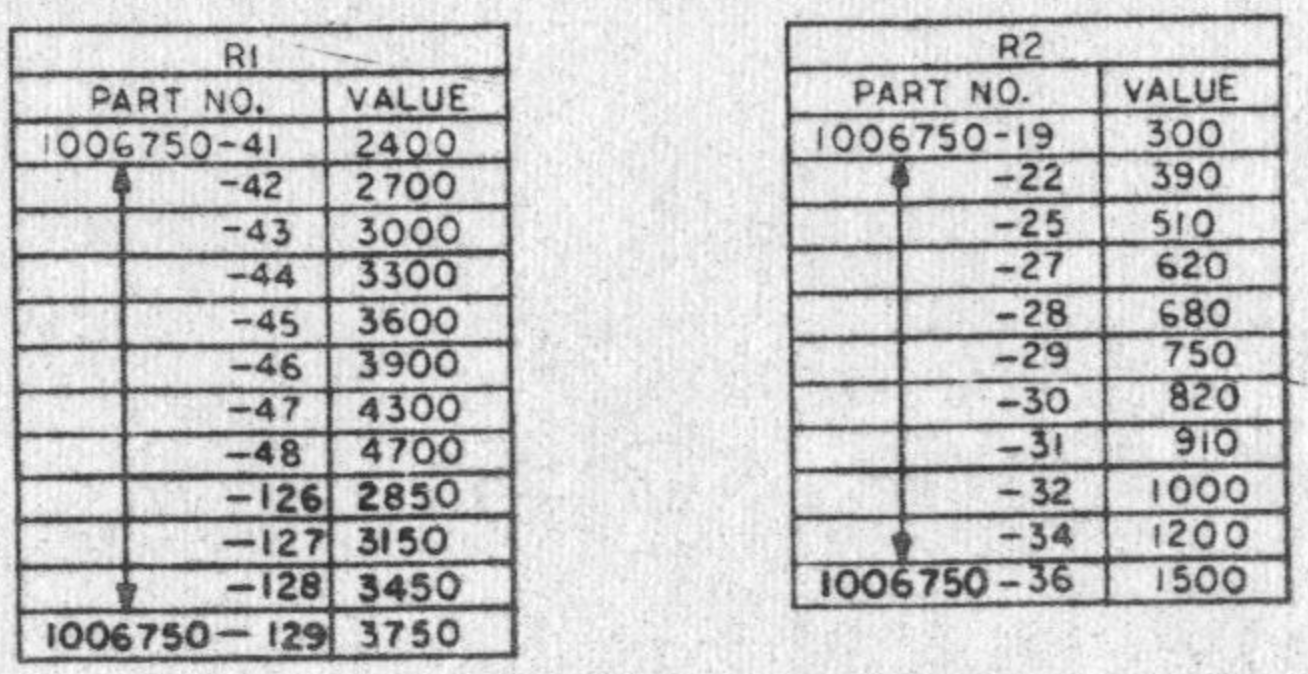 My initial answer is sort of right. The parts in the Table do not show the design evolution but are possible alternatives (nominals) to be verified by testing.

In the build-up of several of the computer modules certain nominal values are selected in order to make the circuit work. This technique requires that a group of parts be supplied to the person building up the unit. Questions that arise in this area are concerned with the criteria being used for the selection of the nominals and the control of the piece parts which are not used. The circuits are most often tested at room temperature, presumably using criteria which will guarantee that the design is adequate at the temperature extremes. The review has not been complete enough in several of these areas to indicate whether this is a satisfactory procedure or not. In the case of one resistor value in the A circuit of the interface module, it has been determined that the range of nominals is inadequate to account for the range of parameters of associated components of the circuit which are presumably not selected.

These are engineers who are sending a computer made from NOR gates into space to land men on the moon. They are going to test the crap out of it to minimize failure of key components. No simulations, but physical variance of key components to ensure mission success.

The last 4 entries (285Ω to 375Ω) may represent the refinement of nominal values as tests were conducted.

The envelope dimensions called out for the computer are not specified as maximum. The dimension called out is 6.00 inch. The nominal computer dimension is 5.996 inch, and if there is any internal pressurization at all it will exceed the 6-inch value.

NASA's use of nominal is clearly normal operation or expectations or tolerances or alternatives.

The notes in the bottom left of the schematic tell you to "select R3, R7 and R14 per applicable PS from appropriate chart", so "NOM" indicates to look in the tables.

As of yet, I have no idea what to do exactly with the numbers in the appropriate tables, and neither do I have any idea what "PS" means.

I'm a bit in the mist about the exact etymology of "NOM", but it cold be "nomogram", despite some tables giving the values instead of graphs. Maybe it's "Notice of Modification"?

Nominal is basically used to mean "roughly" or "as stated", or "trade description". But there's a second related meaning which is something like "some small or user-decided (but unspecified) amount/type", and is probably what's meant here. And based on that, is a third meaning, of "some acceptable value", specifically used in space technology.

Meaning "roughly" or "as stated":

You'll see the same word used for many components which aren't sized precisely. For example if you bought some wood or steel for commercial purposes its length might be described as "3m nominal", meaning its about 3m and will do the job, but could be 3m, or 3.02m or something.

This is a less common usage of the term, as in "leave a nominal air gap" for ventilation. Sorry for poor quality links, I've seen this used in manufacturer documents but can't find examples right now.

"Informal (chiefly in the context of space travel): functioning normally or acceptably."

Its not quite the same usage, but perhaps as its in the same field, this was a usage adopted in NASA design, beyond being used to describe the status of a system in operation?

Not the answer you're looking for? Browse other questions tagged resistors schematics terminology or ask your own question.

6
What does NOM stand for in a datasheet and what does it mean?