I have to design a 3 phase Reactive Power Compensation System with using only reactors, no capacitor is needed. Total capacity is 505kVAr, but 475kVAr will be done with contactors, rest (30kVAr) will be done with Static VAr Compensation (SVC). This 30kVAr reactors are established using 3 monophase 10kVAr reactors (because of the SVC driver manufacturer told as like this.).

For measuring the power line, an Energy Analyzer is used. It gives the VAr power and PF, rather then a measuring with a Reactive Power Relay (since some special request from the costumer). Rest of the system is an SVC driver which is connected to 3 monophase reactors and a relay which trigers the SVC driver.

Hence, I have to design a special Reactive Power Relay, which takes the data from the EA and triggers the driver via trigger signals. My relay is able to provide any different analog output signals in addition to PWM via DACs at very high speeds and 16bit resolution for ±12V, or ±24mA outputs whichever acceptable if needed.

First problem is, I see on the driver catalogues, SVC drivers are triggered via PWM signals (as opposite to contactors, it looks like a Pulse Train). These trigger signals are shown as consecutive sharp PWM pulses, looks like there is a 120° delay between the different phases same as VAC for three different phases (like a sawtooth or just a pulse rather than a square). Hence, I think my SVC relay must provide PWMs. However, SVC relay and driver manufacturers telling me I cannot make such a relay, it is not that easy! They say that the trigger signals are not PWM or any square waves with different duty cycles. Ok, than the first question is what is the format of the trigger signal? Is a trigger signal sequence needed for 3 phase? What is the format of this sequence and how it is determined?

You might check the attached pictures for the Schematic and Trigger Signal given on SVC Driver catalogue. 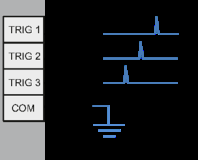 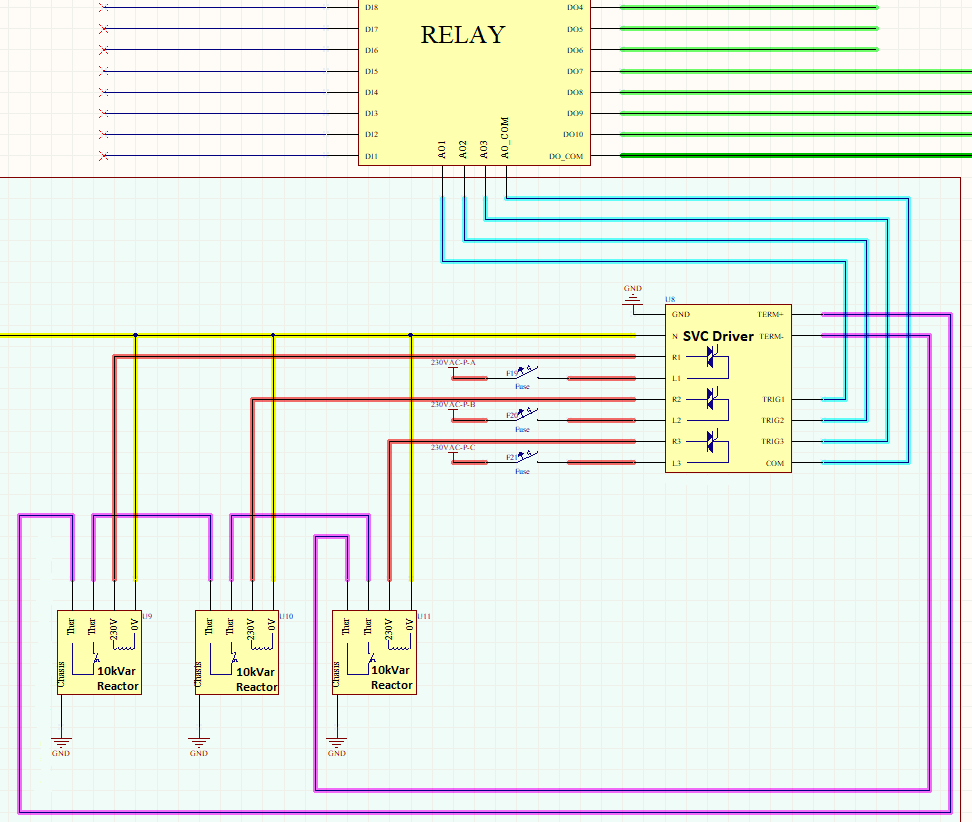 I have tested my system with smaller reactors, my observations are as follow:

The only thing remains is the algorithm! It would be challanging, but I will also update this post for the next steps. 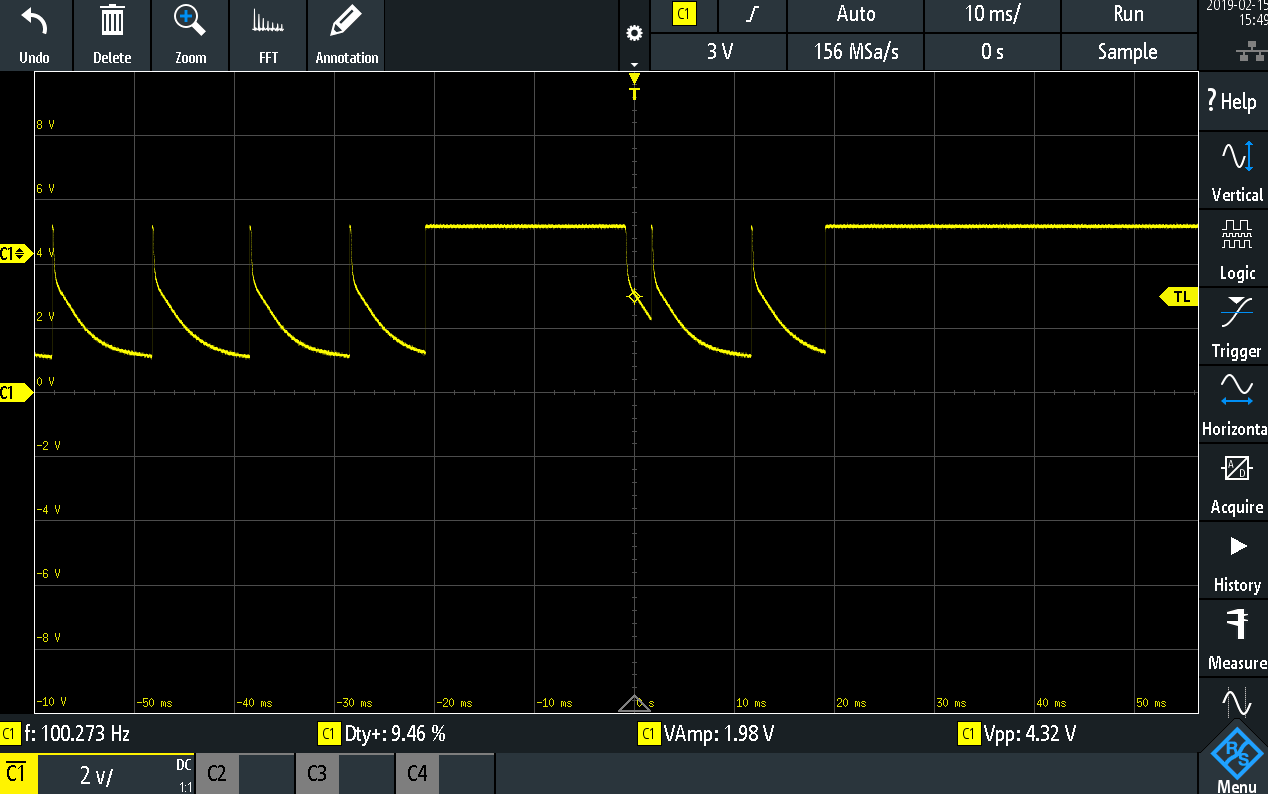 Not the answer you're looking for? Browse other questions tagged power-electronics power-factor-correction zero-crossing compensation reactive-power or ask your own question.