This is part of a two-head EVSE. The two solid-state relays are used to drive contactors that supply high current power to the vehicles. I used to use a MOC3040 based triac circuit for this job, but decided to try SSRs to simplify things. First, the important part of the schematic: 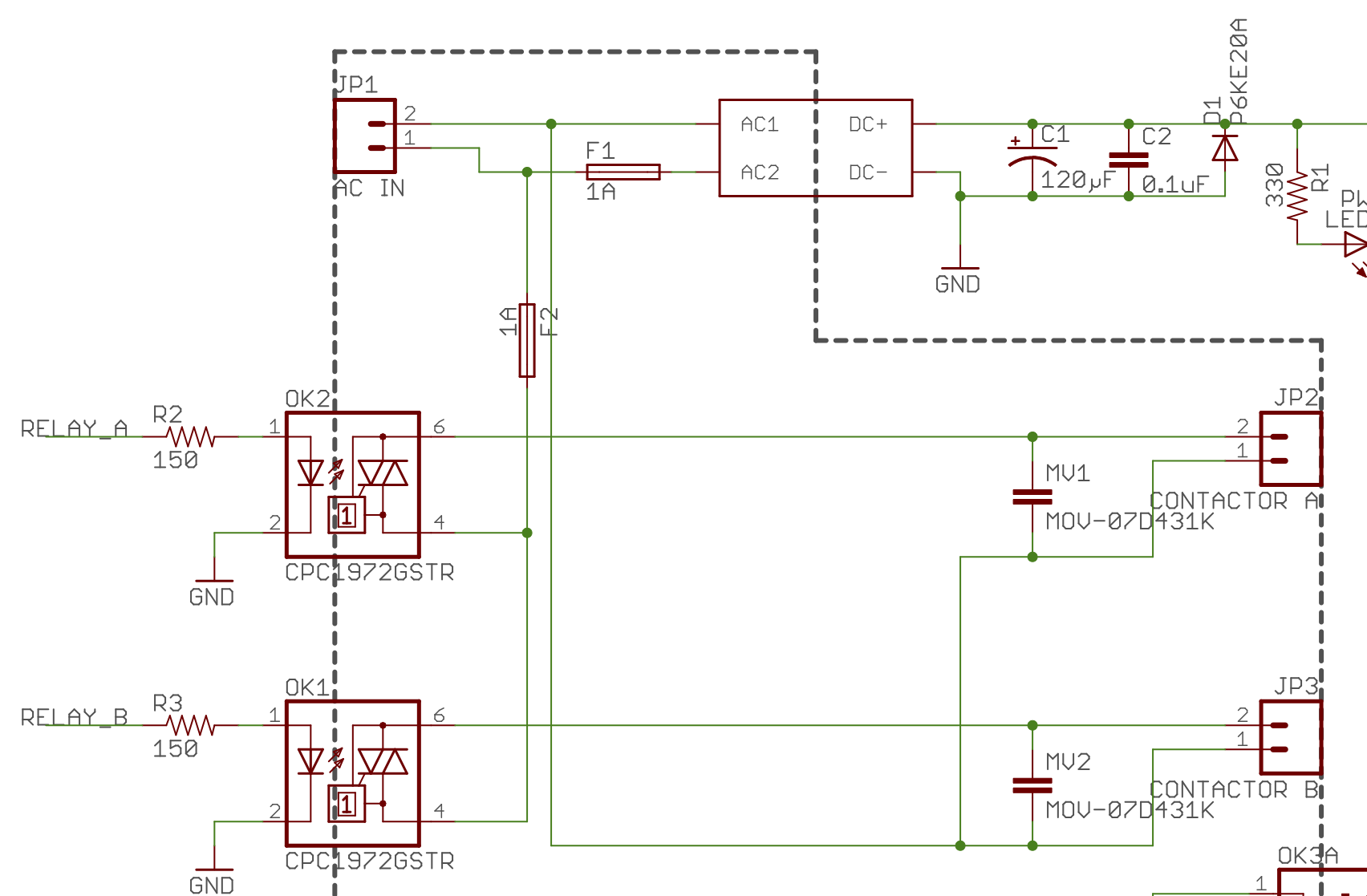 (yes, that's not the right symbol for an MOV. The layout is optimal and I was too lazy to make a new symbol).

And because the layout may be significant, here's the board: 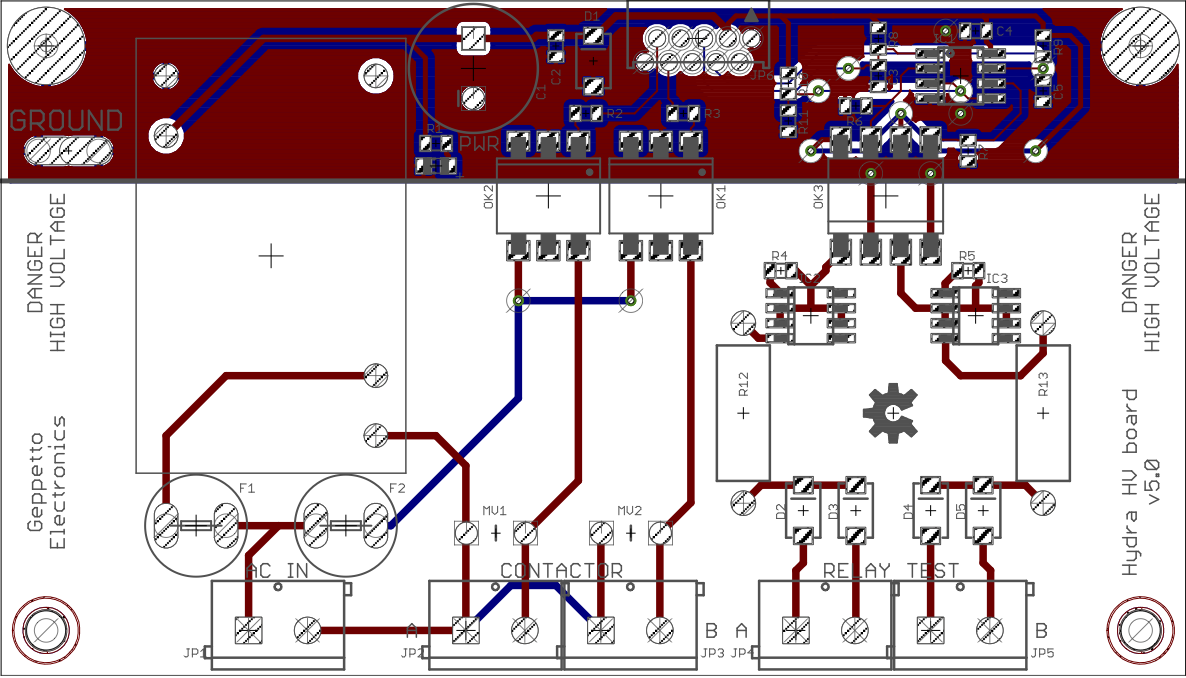 The symptom is that if relay A is on, relay B will fail to turn off until relay A is turned off. Not at the same instant, mind you - there is about a 1/4 second delay between the two turning off.

Now, the first thing I thought of was that despite the datasheet implying that I didn't have to worry about coil collapse that that must be the issue. So I added a snubber across each coil (EDIT: that's where I went wrong) consisting of a 39Ω 1/2W resistor in series with a pair of 0.005 µF 1kV caps in parallel (I wanted 0.01 µF, but it wasn't available from the local store on a Saturday). To my great surprise, that didn't change anything (EDIT: because snubbers go across the switch, not the load).

I am quite confident that the input side isn't the issue. the RELAY_A/B lines are outputs from an ATMega328PB running at 5v. I have every confidence that the firmware is not the explanation for the issue (it has a long history of correctly operating the old triac based circuit).

Very little makes sense to me about this problem. The only thing I can think of is that mere physical proximity of the two SSRs to each other on the board may be causing this, but I can't conceive of a mechanism for why this might be.

The wires going off the board to the contactors are 22 gauge stranded and are twisted together as far as possible before they have to separate to go to the coil terminals.

Omeron has a good site/article on this, I had similar problems when trying to design a circuit that could switch from 220V to 110. Adding a snubber with the right values worked for me. Having an oscilloscope and probing the inductive load vs the AC input can tell you whether you have a power factor problem.

Here are the details, there are two ways the SSR can stay on (on the output):

\$R<\frac{E}{I_L-I}\$ Where E is the load reset voltage, I is the Load reset current, and I_L is the leakage current.

If the power factor of the load is low (guideline: cosΦ=0.4 max.), the delay in the load current phase will increase relative to the load power supply voltage phase, and a large transient voltage (dv/dt) will be applied to the Solid-state Relay when it is about to turn OFF (i.e., the load current is near zero), resulting in the possibility of the Solid-state Relay not being able to turn OFF (commutation failure).

The Solid-state Relay has a built-in CR snubber circuit to limit the rate of change in the transient voltage, but leakage current will increase if the C value is increased, and reset failure in item 1 above may occur, so the C value is set to the greatest common factor.

Therefore, if reset failure occurs because the load power factor is low, the rate of change in the transient voltage can be limited to prevent reset failure by connecting a capacitor and resistor in parallel with the Solid-state Relay load terminals.

The capacitor and resistor must be checked to match the load, but previous experience shows that a resistor of 100 Ω/1 W and a capacitor of 0.1 μF/250 VAC will prevent reset failure.

Also, as mentioned above, the leakage current will increase, so check that the reset failure in item 1 does not occur.

Not the answer you're looking for? Browse other questions tagged solid-state-relay triac commutation or ask your own question.

1
Are both of my SSRs broken or am I doing something wrong?
4
Driving a contactor from TTL
1
Problems getting an SSR to turn on
1
SSR fires from nearby relay
0
Discharge of a coil powered by parallel transformers
1
A question about triac output of zero crossing SSR relay
0
Protecting a relay/SSR when driving AC window cover motor
1
AC motor control with triac or relay
1
Multiplex Controllino (Arduino) 0-10V input using SSRs