Optocoupler is failing to isolate circuit

I've also tried adding a flyback diode (edit* added to schematic) with no better results (I left it out for this run because one of the guys who helped designed this thing said that a car battery can handle it and a flyback diode isn't needed). I've even tried wrapping the microcontroller board in aluminum foil. That didn't seem to help either.

Any ideas as to what could be going on, or what to try next?

Thanks for all the suggestions. I ended up adding the flyback diode across the coil of the relay and I also simplified a bunch of my arduino code. I then found that if I commented out everything and just had a button as an input to the microcontroller and a single output to the mosfets and horn, then things worked! The problem shows up when I introduce the code that reads from the gyroscope/accelerometer (MPU6050). I think it's over SPI? Anyway, if I include that code in my loop thread, then everything goes awry. 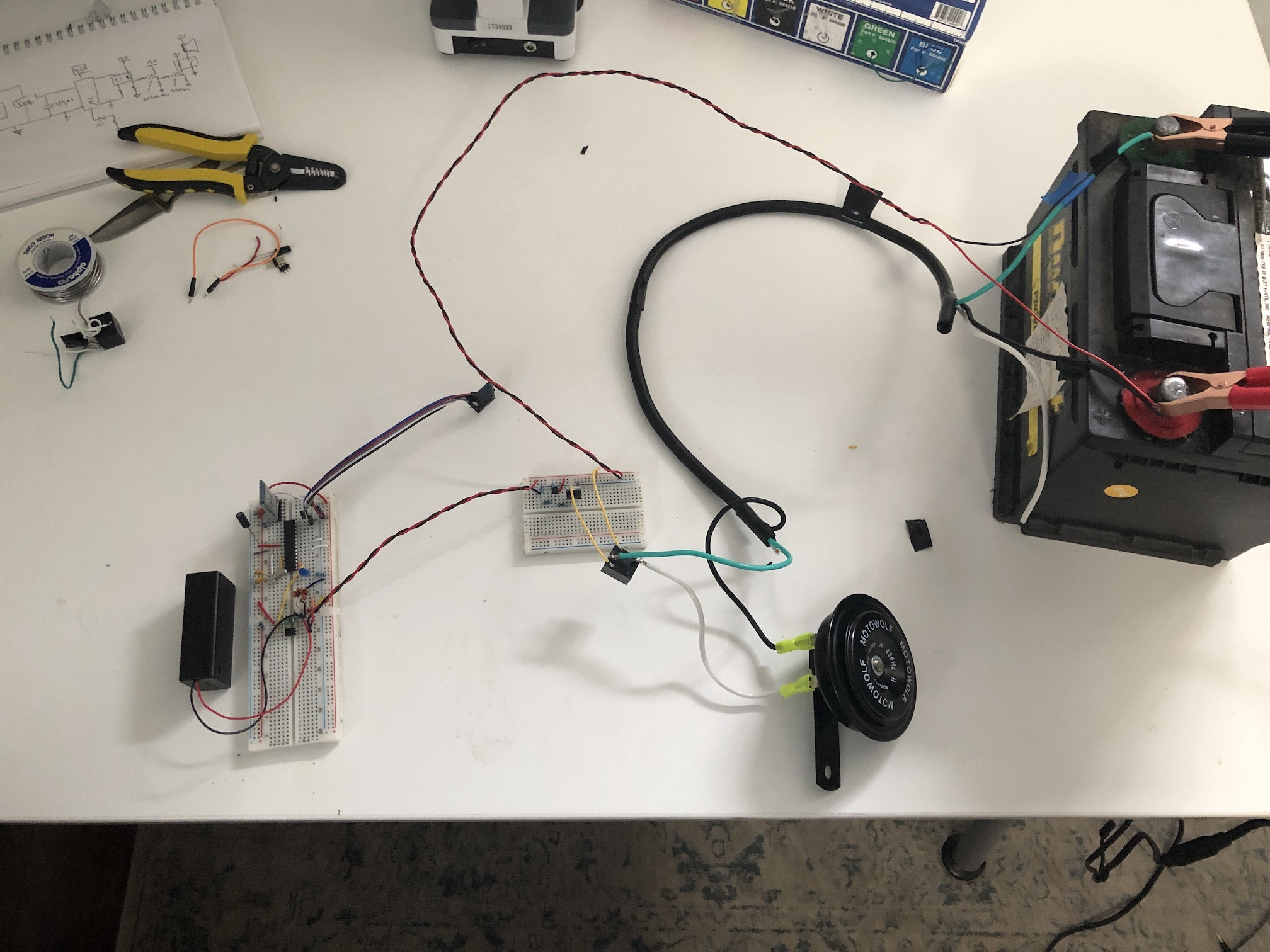 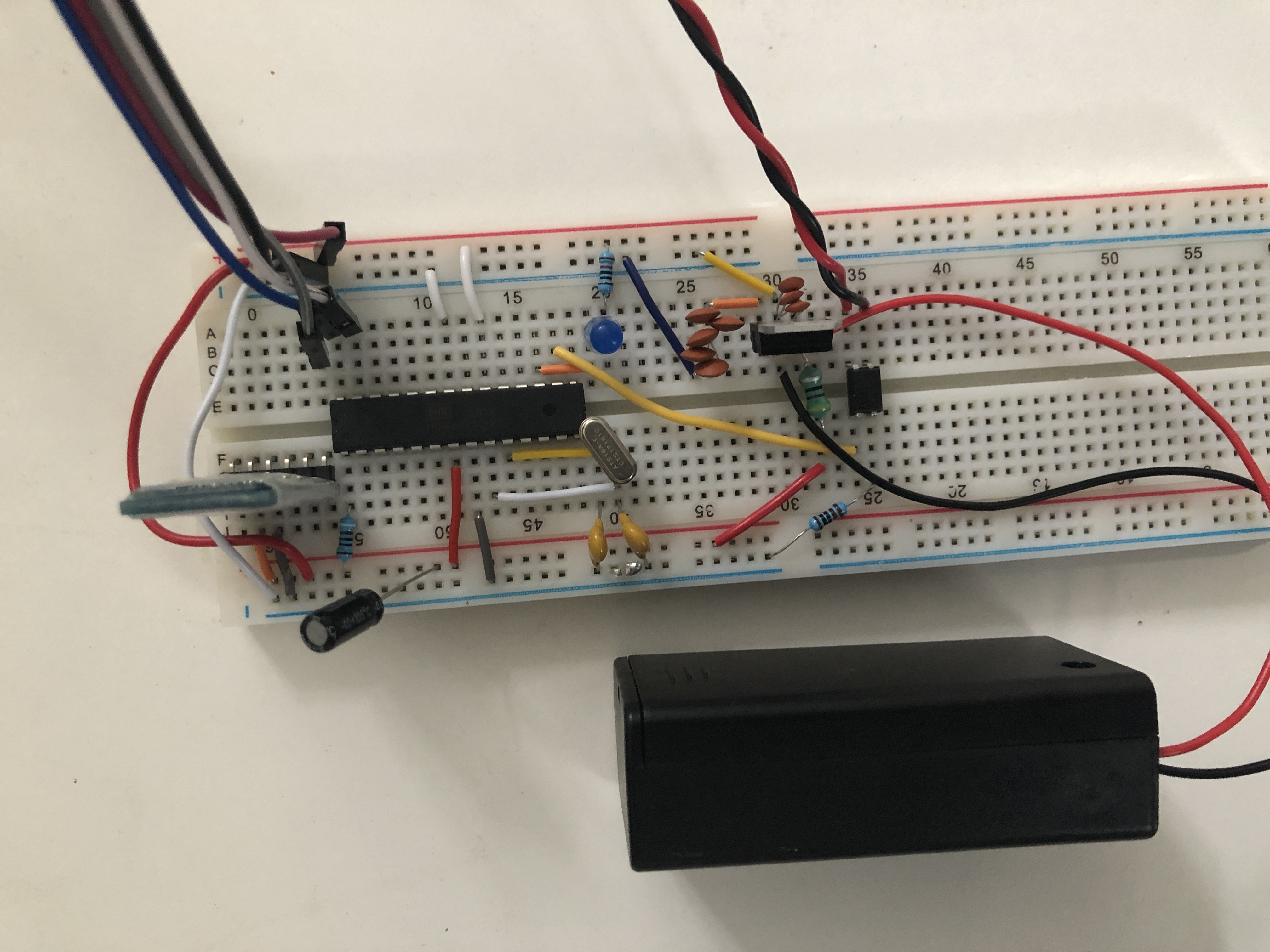 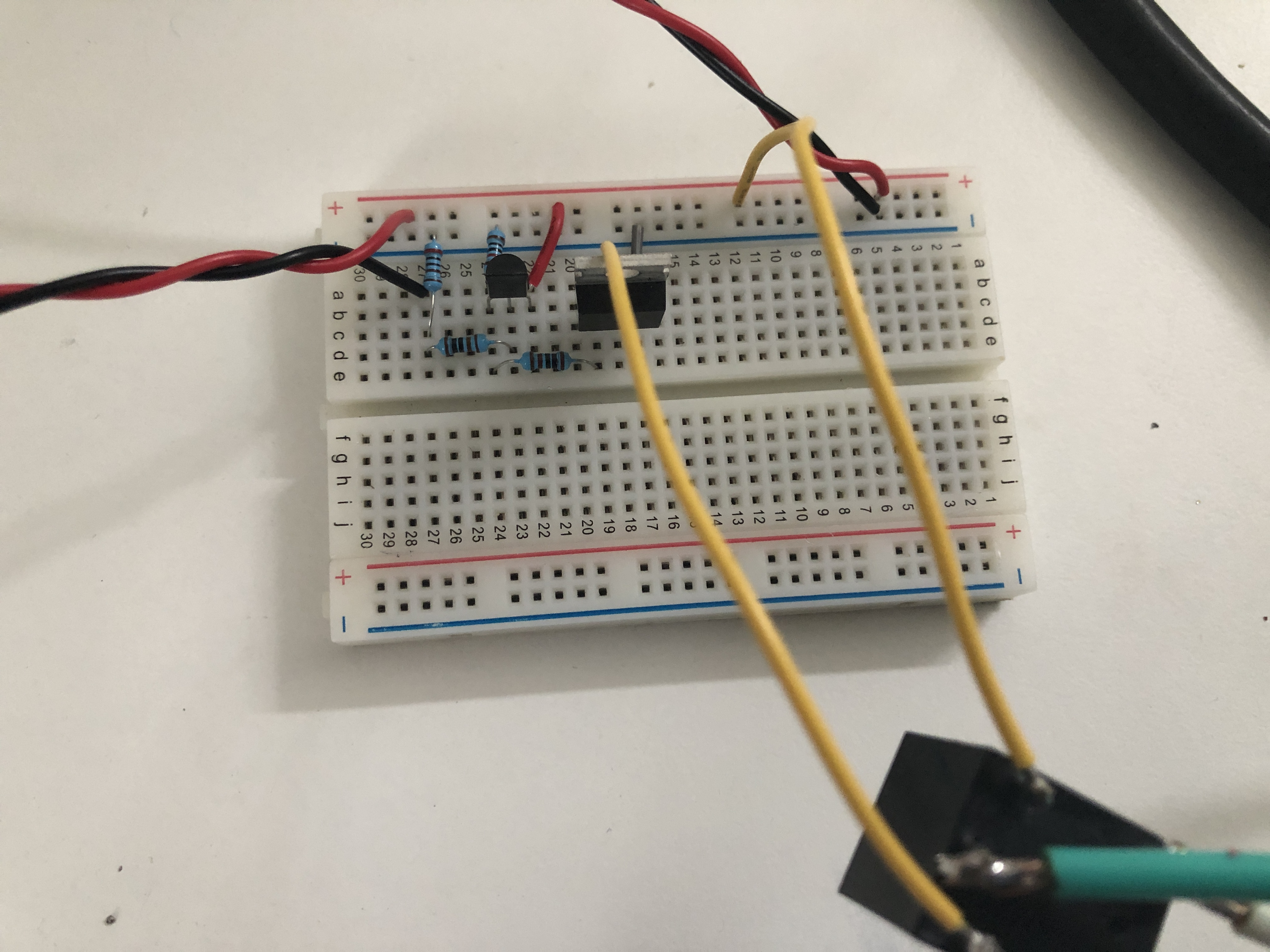 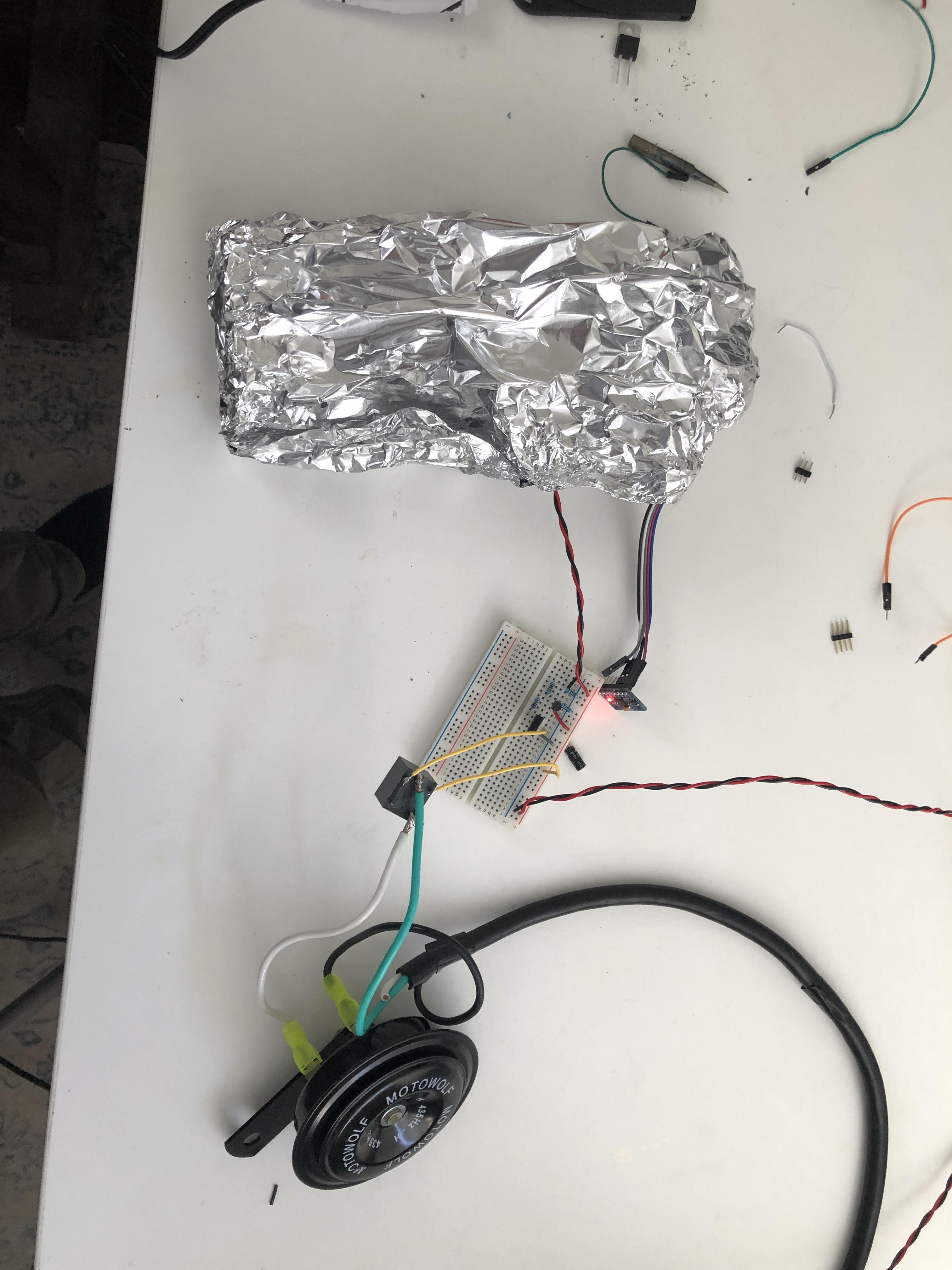 Connect a capacitor across the microcontroller Vcc to GND directly on top of the chip (leads short as possible). The capacitor should be a ceramic type eg. 100nF to 1uF.

If you want to try shielding, the shield should be connected to GND.

Your open breadboard construction is not very conducive to achieving low EMI susceptibility, to say the least. To try to figure out what is causing it, you can actuate the horn manually with and without the optoisolator in place and see if your uC still hangs. You know the EMI is coming from the horn, but you have not really established how it is getting into the MCU.

Not the answer you're looking for? Browse other questions tagged microcontroller opto-isolator or ask your own question.

0
Debugging a garage door opener circuit with an optocoupler and mosfet
0
Baseline PIC12F509 BTFSS Instruction Issue
0
Driving a DC motor (in one direction) with a microcontroller pin and an opto-isolator
1
Optocoupler is not breaking circuit
0
Will this Optocoupler and MOSFET be able to deliver 5V +2A?
1
30N06L N-channel mosfet switching heavy load interfering with micro-controller circuit
0
Optocoupler isolation necessary?
5
Why can't I test the transistor part of an optocoupler using my multi-meter?