For a lot of projects, I use a fairly common USB to serial dongle called "Prolific USB to Serial" which uses a PL-2303 TA chip to allow USB to 3V TTL serial (i.e. this kind on Alibaba).

I actually got it on Amazon though - but basically it's the same hardware.

Before I go on, I'm aware from the Prolific website.

Now I don't see any warning triangle on the device manager and this is a PL-2303TX not HX chip -- but I'm suspicious that these probably came from the China market, i.e. Alibaba.

The dongles work fine, except for when sending a particular message I've discovered since we use MODBUS for a lot of communication. The message below is what I am sending using RealTerm.

The scope images were taken with probe directly into the dongle output - i.e. the TX / RX / GND outputs were not connected to any hardware.

The problem is I only see this 50% of the time. Instead, sometimes I see the data below, when I don't change the message (just keep clicking "Send Numbers" on RealTerm):

Which is weird, and I have only seen it with these dongles. The even weirder thing is if I change the message to this:

I wonder if any one else has had any issue similar to this? -- and hopefully I haven't answered my own question with regard to the counterfeit issue. This issue doesn't appear to occur with an RS232 dongle that I have. Latest drivers for the PL2303TA don't appear to help. I was using 9600 baud , but saw the same problem with 57600 baud so is probably baud independent.

I could not reproduce your issue using my PL2303 USB cable. There must be something wrong with yours.

Maybe you can verify that you are receiving the wrong data also within RealTerm connecting TX to RX instead of just the scope. You should use RealTerm 3.x for better results (the 2.x version I had was not working)

You can see a couple of screenshots with the results I got. 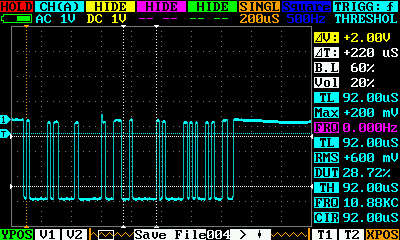 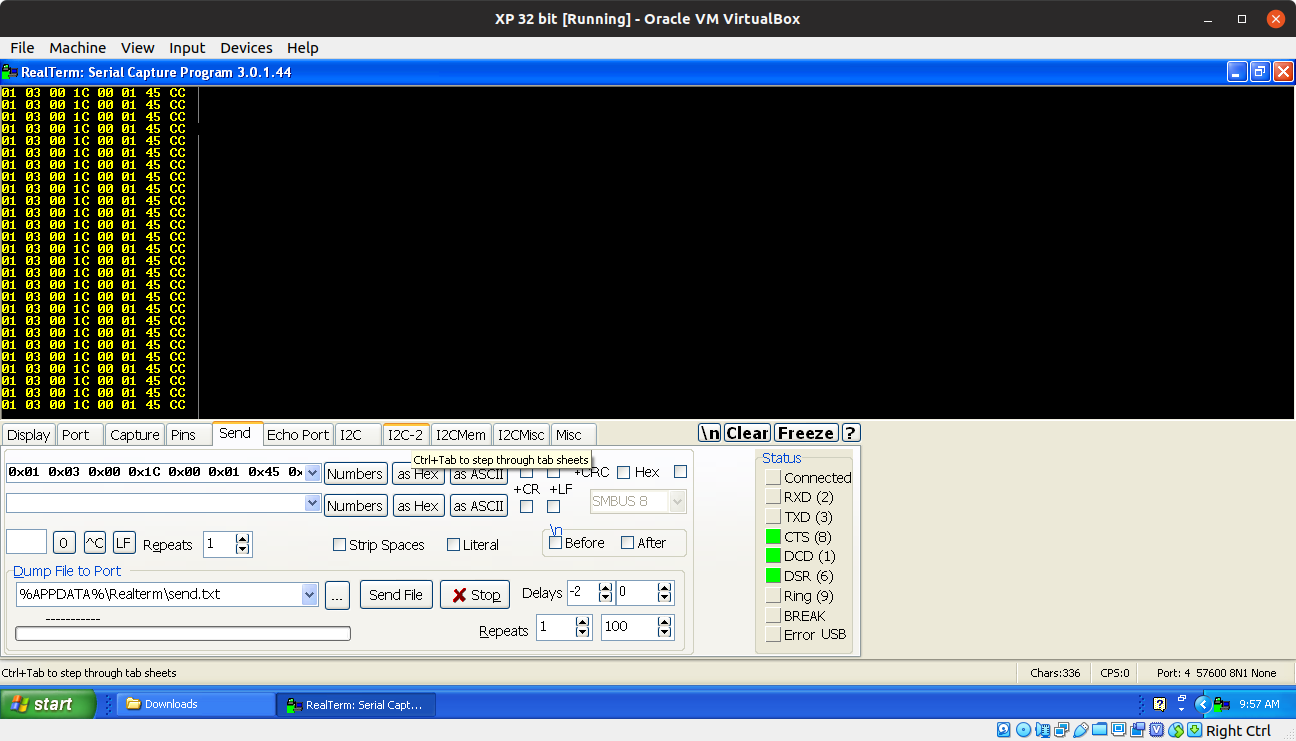 Not the answer you're looking for? Browse other questions tagged usb uart ttl or ask your own question.

2
Why is my serial connection transmitting slightly incorrect characters?