I have used MAX232 as UART serial line driver using 5V power supply. Now I have come across TRS202 chip in a circuit. It also run with 5V power supply. Does this chip has some special difference or is it replaceable by MAX232 chip? 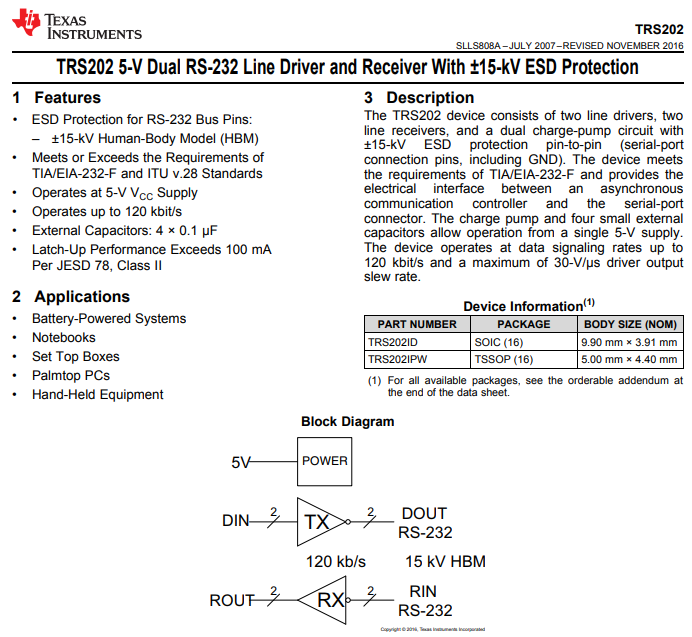 Edit: correction in above info.

The specifications of these two devices are similar but not identical. Whether that matters in your application is something that only you can decide.

Not the answer you're looking for? Browse other questions tagged uart driver rs232 transceiver max232 or ask your own question.