Selecting a transistor, is there a go to transistor for typical projects?

I'm a HVAC tech who is interested in electronics. I have 3 kids and not a ton of time to really get involved with the data sheets or a real understanding of electronics. I just want to make some simple electronic devices. Some things I've done are a solid state water make up control for the Keurig and a peltier heater / cooler. My problem is that I don't really understand transistor ratings and abilities. Is there a, or a small set of, go to transistors that have a wide range of applications?

Yes, there are some common general purpose transistors, based on current handling. These do not take into account bandwidth (e.g. for RF appications), or high voltage (>30V).

Current limits are conservative, about half of what datasheet says.

All transistors have both an electrical resistance as a switch Rce=Vol/Iol or RdsOn @ Vgs ( well above Vgs(th)) and a thermal resistance based on package size which is added to heatsink thermal resistance to compute junction temp rise or case temp which you want < 45'C so it does not burn fingers.

E= old schoole Voltage , = U = EU school = V American school term for voltage
Rce ( collector -emitter ) incremental resistance as a switch
Vol = V output low for NPN on collector-emitter
Iol = I output low for NPN ( for some input current typ 5~10% of Iol)
RdsOn = Drain-Source On resistance ( like collector-emitter) for some Vgs >2Vgs(th)max
Vgs(th)max= the threshold conducting as a weak switch (1mA) for the Gate to source voltage

Power loss from Ohm's Law is then 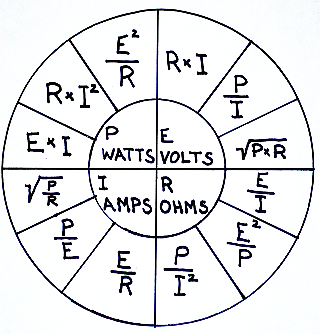 FET's can have much lower resistance and have almost no input DC current when On but since capacitance increases as RdsOn lowers, the switching current can be large so a gate drive resistance affects slew rate. T=R*Ciss

Transistors have high current gain hFE yet when saturated as switches tends to reduce to 10% of max hFE >1 stage is often needed. specs give Vce(sat) @ Ic for Ic/Ib=10 to 20.

SMD packages are more common and if you learn to solder these with thermal pads and ground plane heatsink at 1W/sqin as a rule, you can make/buy small PCB blank cards or with logic level FETs the drivers can be driven from 3.3V CMOS logic. Use ESD protection when handling and filter interface wires for same protection.

Along with your go-to transistor types request, here is a guaranteed-to-work amplifier circuit, self-centering bias, that works on 1.5 volt batteries and higher 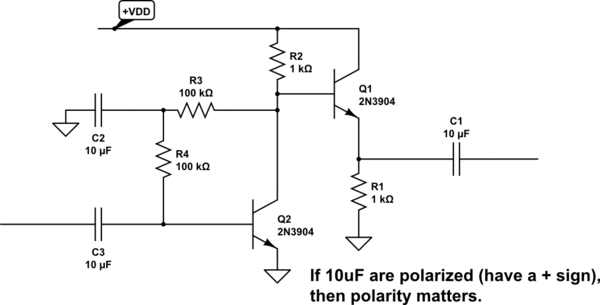