What's the goal of diode and resistor in parallel on SMPS?

While reading schematics diagrams from several switch mode power supplies of LCD TVs, I noticed that the pin which delivers the PWM pulse to the gate of a MOSFET has a diode and resistor in parallel.

Some diagrams don't have it. But there are lot of which they have it. I guess it's some protection to the driver to the IC controller.

Although I'm not sure. In first diagram there are diode and resistor in parallel, and in second there is not. 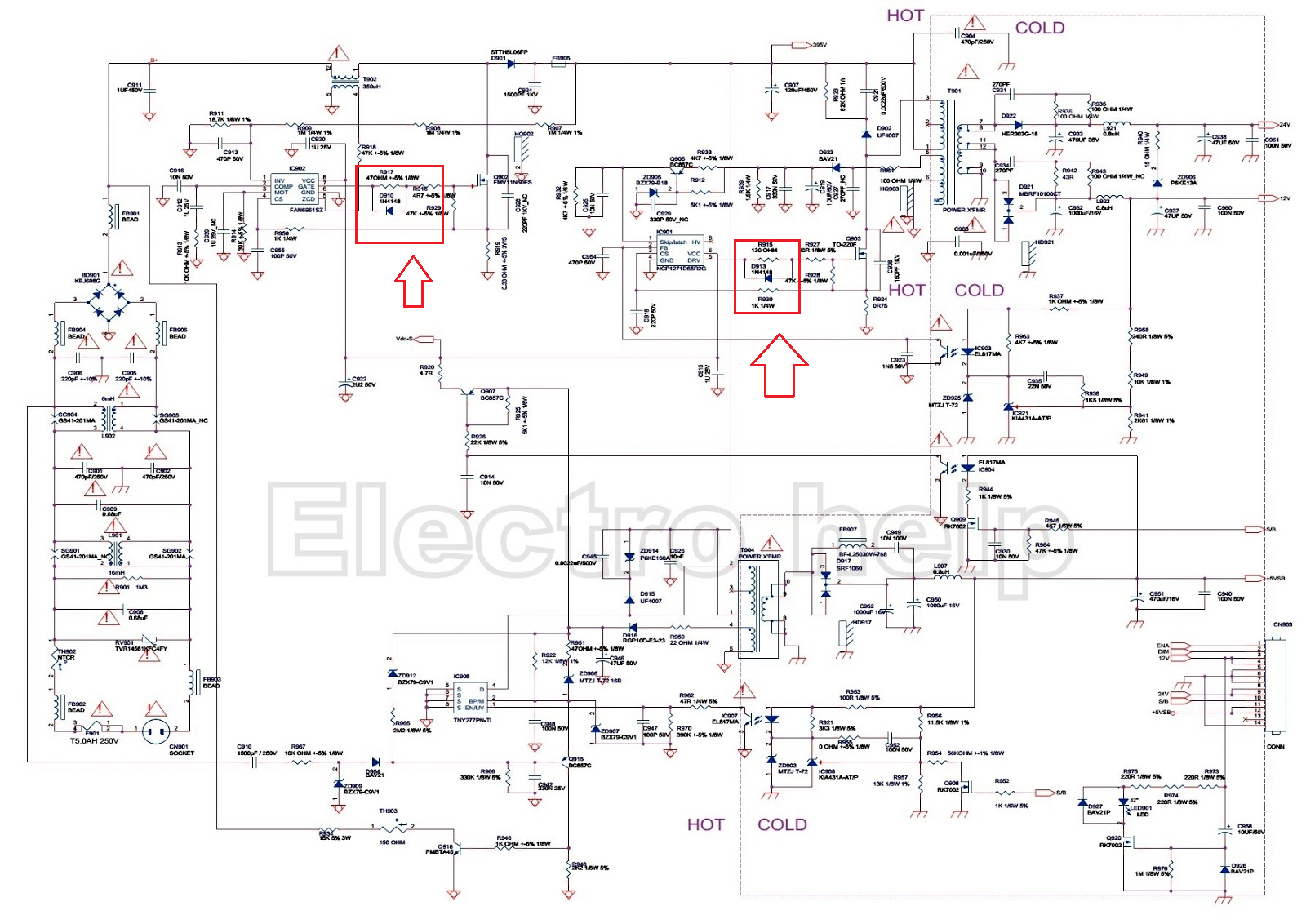 When it turns off, the gate charge is sucked out through the diode in series with the 4.7 ohm resistor.

This can be used to help prevent two MOSFETs from being "on" at the same time, causing shoot through (which wastes power and can damage the MOSFETs) or just to control the waveforms a bit better.

In addition to Spehro's excellent answer, there are a few other considerations.

RF emissions from circuits increase with fast-switching devices, but there's also the gate driver limits to account for. As the transistors drive inductive loads, faster switching will not actually increase performance for a given circuit. The circuit is tuned to operate at a certain frequency, so faster switching can lead to greater driver cost with no benefit.

The context changes dramatically when you replace the MOSFET with a GAN-HEMT transistor, as they can handle higher loads and switch at far higher speeds, 500kHz switching of KW range supplies are not unheard of. This is when ground bounce and RF emissions can become a serious design headache.

8
What is wrong with this simple SMPS?
2
What is the purpose of a Zener diode added to the output of a SMPS?
7
SMPS transformer orientation with respect to PCB: what's best for EMC?
1
SMPS control components and technologies
10
Seeking advice on resistors in switching power supply
5
Clarification on SMPS circuit design details
1
Choosing resistor values to operate a Half Bridge Driver
1
Switching power supply repair
0
Average current mode control vs peak current mode control