I need a controller for a 12 V - 1A fan, blowing on the cold side of a Peltier element to keep it at constant temperature. I have the hot side under control.

I thought about three speed ranges, (so the fan does not keep readjusting non-stop): fast at 11 °C (52 F), medium at 13 °C (55 F), slow at 16 °C (61 F). That way the temperature would be measured every 60 sec, and adjusting the fan speed in intervals, allowing the peltier to cool down until the next measurement 60 sec later.

How can I change the outcome of the pre-assembled controllers? Would a PNP transistor work? Or a Mosfet that decreases conductivity as the voltage increases? I attached an image for reference (but I am a basic electronics user). 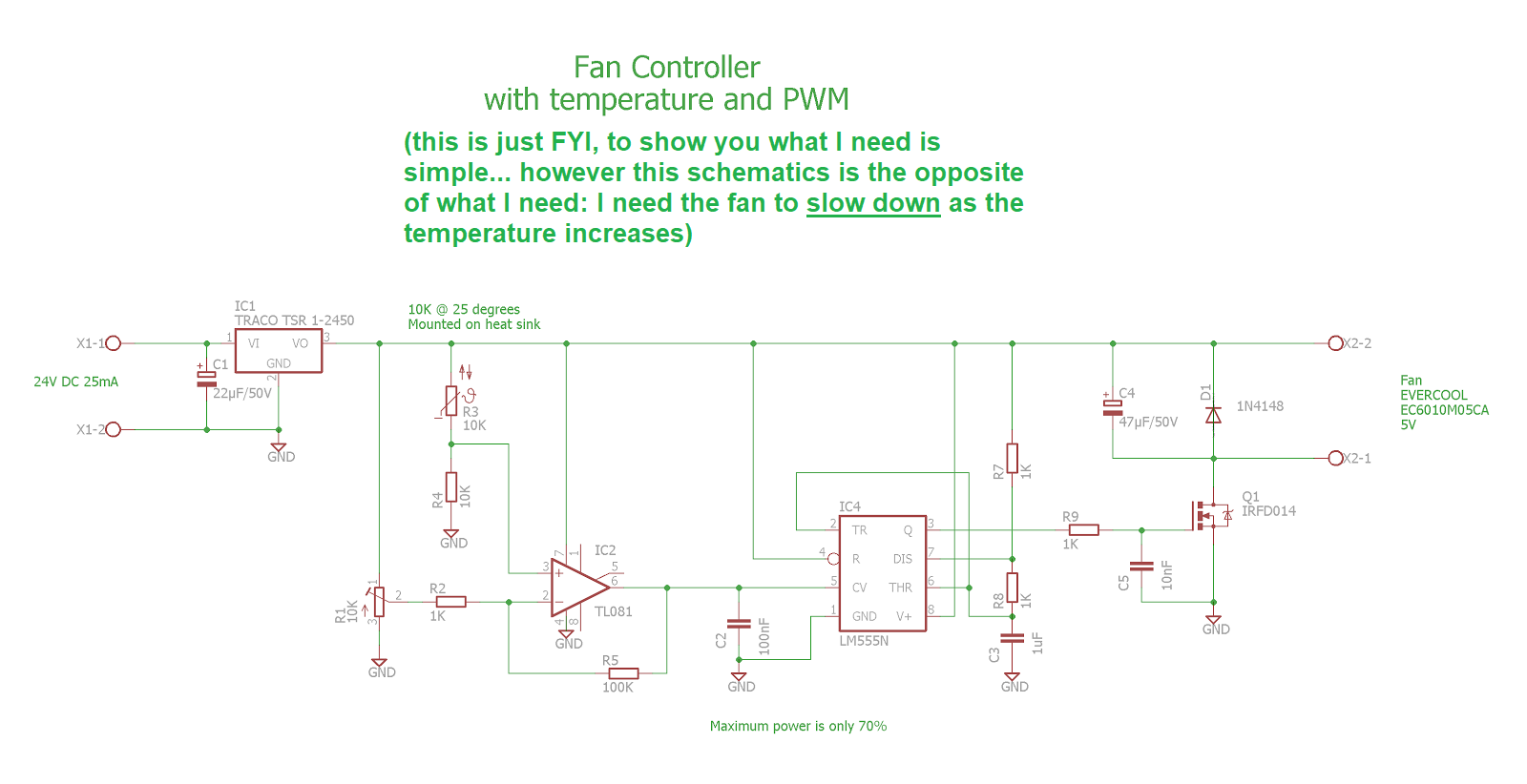 The inputs must be reversed with thermal negative feedback so that the thermostat regulates the cold temperature or minimum value rather than the hot.

You need to avoid adding heat with a fan on the cold side yet remove as much heat as possible on the hot side.

THis is a simple way to make a cold thermostat.

A better approach may be to maximize thermal conduction on hot side with continuous forced air exhaust to remove heat and cold side with large passive heatsink and then regulate Peltier device current for regulating cold side temp. Efficiency improves by reducing the temperature drop.

Not the answer you're looking for? Browse other questions tagged mosfet pwm 555 fan peltier or ask your own question.

2
Peltier Unit Not Working
1
Wiring 100 Peltier Plates Together
0
Peltier fridge and heat sink
0
Peltier not cooling water
2
How efficient is a Peltier TEC1-12706 and TEC1-12715
1
Limiting Cold Side Temperature on Peltier
1
Why does a Peltier cooler heat up when cooled by ice?
2
My TEC1-12710 peltier cell not cooling enough
0
Peltier Fridge Heat Loss