How to analyze Microcontroller input-logic-signal without ADC?

I have a signal which is fed to one of the digital inputs of a microcontroller (PIC16F18326). The signal is shown in the image-1 below. This is during the normal operation of the circuit, that means when it has a load (array of LEDs). But when there is no load, or when open circuited, the signal becomes as shown in image-2.

Both the signals shown below were when the circuit is turned ON from an OFF condition.

Image_2: Circuit Turned ON under no load or under open circuit. Approx. 4.5 V after 1 sec.

I have to distinguish between the Normal Operation and Open circuit just by analyzing this signal at the microcontroller pin without using an ADC!

Does anyone have a logic solution or idea, what feature of the microcontroller I can use to realize the circuit condition?

Update: For a better understanding of the circuit, I have attached below 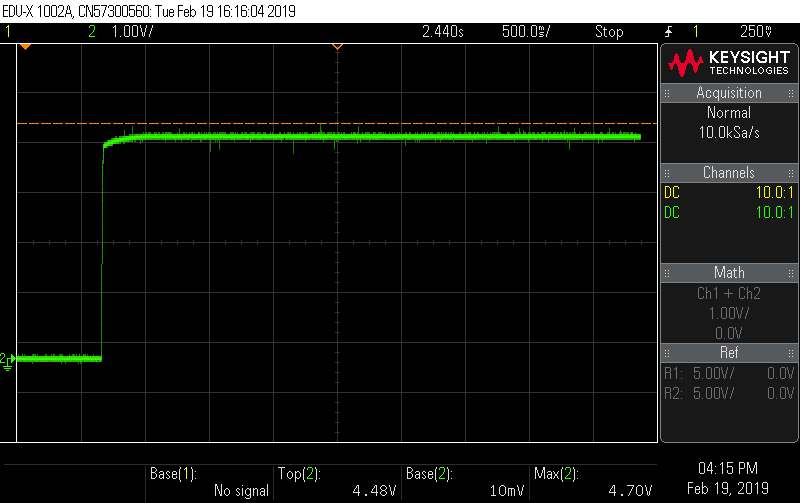 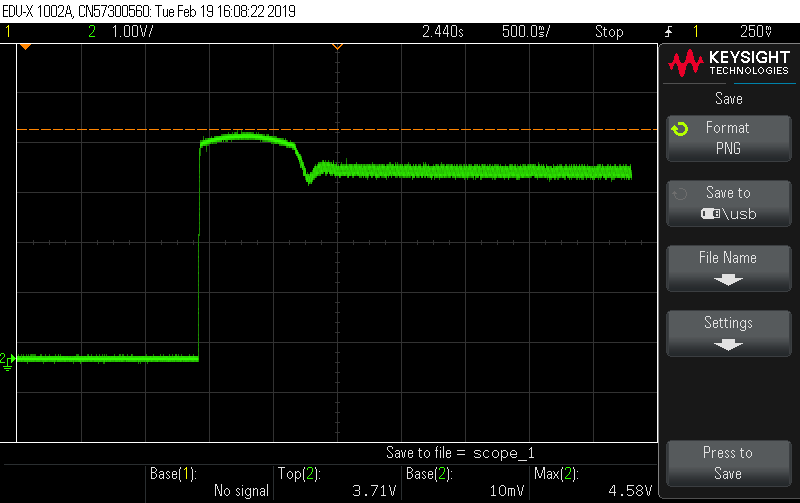 Try the comparator module on page 193 of the datasheet which is available on your chip.

I didn't check how close to the supply rails you can take the inputs but I'd be surprised if it's not rail to rail. Check the hysteresis settings to give a definite "switch" when your condition is met.

Use WPUx to activate the weak pull-down resistor on the input pin and see the graphs again. The voltage you see is due the capacitive load of the pin. You will have to wait a bit before reading the pin.

A simple way to achieve this is to set the pin as output low to discharge the capacitors , set as input again and count the time needed for the input to go high again.

A small 100 ohm resistor in series with TO_MICRO input might still be needed to protect the input .

Looking at the divider the peak cathode voltage (no LED load) is around 5V so keeping the pin low for more than 20ms will also discharge the 1uF capacitor down to 1.5V .

With the LED load the voltage on the 1uF capacitor will stay higher and the time until you read high is lower.

You can rely also only on 100nF capacitor charge time (using a short discharge time) but the difference will be small since the voltage difference is small.

Not the answer you're looking for? Browse other questions tagged microcontroller digital-logic microchip logic-level algorithm or ask your own question.

5
Interfacing AVR microcontroller to ADC, waveform generator and other peripherals
10
Protecting Microcontroller Input Pins from Soft Power Switch
3
Connecting ADC pin to op. amp. output distorts signal
5
How do I invert a signal without deforming it, and without using a logic gate?
33
In what situation should I keep the Brown-out Detection feature OFF on a microcontroller?
0
Problems with Switching a Solenoid Valve with a Relay
0
Handling power loss in a Microcontroller
0
How to Turn off a PIC Microcontroller in high capacitance circuit?
0
Microcontroller and LDO and +5V pull up sneak path