I'm having some trouble understanding the effect that charge injection has on capacitors - more specifically, when there is unequal charge on a capacitor. 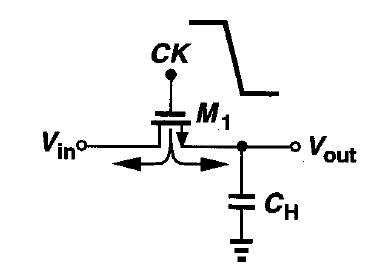 My understanding is as follows

Q1: Is my understanding correct?

I don't think it's correct (particularly the part about how the electron recombines - I feel that's only relevant to semiconductor physics) because of the following section in Razavi's book which suggests how to cancel this effect. Consider the following circuit: 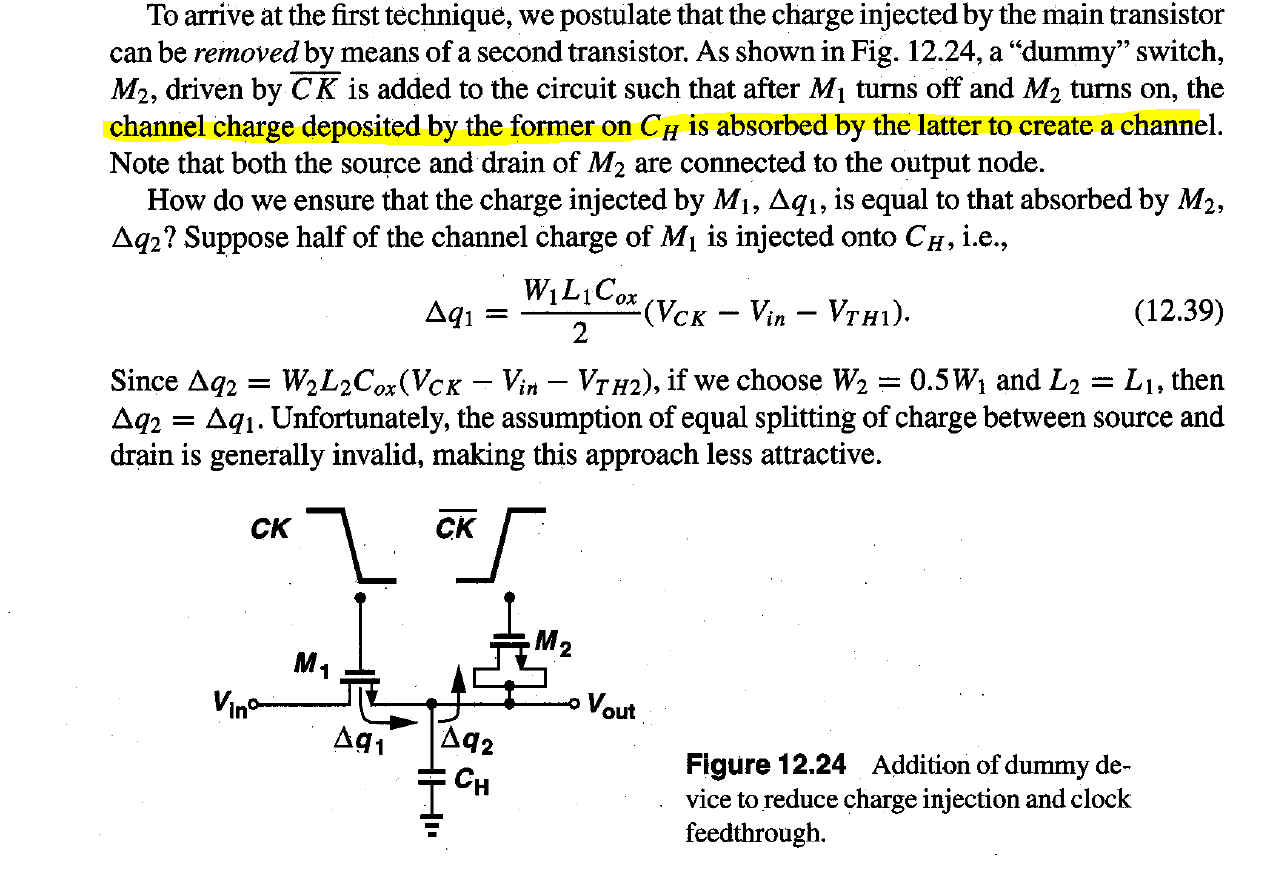 Now, if we use my same logic of the electron cancelling the positive charge on the top plate. Then in this case, as soon as M1 goes low, charge q1 is injected to the top positive plate of capacitor, recombining with a "hole" and thus when M2 goes high, there is nothing for it to absorb since that initial charge injected by M1 has already decreased the capacitor voltage. What will M2 even do at this point?

Does my argument seem reasonable?

Showing the above circuit with the parasitic capacitance added: 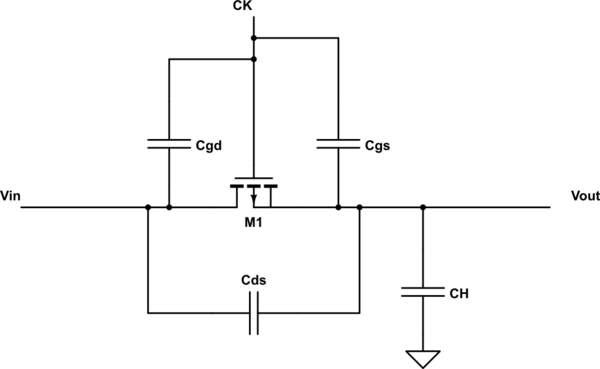 That's the key point. The capacitor starts out with Q1 = Cgs*4V and then must consume enough charge to re-stabilize at Q2 = Cgs*(-1V), so it draws a total charge of (Q2-Q1) out of CH. Since CH is much larger than Cgs, this 5V change on Cgs corresponds to a 0.04V change across CH.

In the circuit shown by Razavi, there is another parasitic capacitance introduced which has a complementary voltage across it, so any excess charge introduced by M1 would be consumed by M2, and vice versa, leaving the net charge on CH unchanged.

Not the answer you're looking for? Browse other questions tagged switches charge charge-pump switched-capacitor or ask your own question.

10
How can a capacitor store charge whilst also passing current?
0
Can an electron carry only one charge?
0
Capacitor and inductor power factor
1
Physical changes caused by charge pump
3
Does a bit in Flash memory store net charge
0
Voltage Doubler - Charge Pump
0
Question about a charge injection compensation network for analog switches
0
Signed or unsigned distance in electric potential due to point charge(s)
0
How can I simplify this charge pump?
0
Static charge behavior (in ref to Grob's Basic Electronics book, 13th Ed, p33)