voltage traces across pwm driven dc-motor: is that ok?

I'm driving a dc-motor with a BJT turned on and off with a 555 generated PWM signal. Here's the circuit (V1, Rl and L1 simulate the motor): 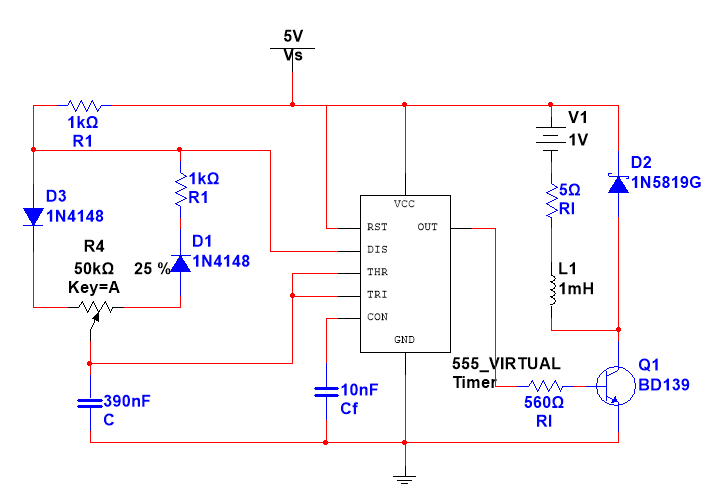 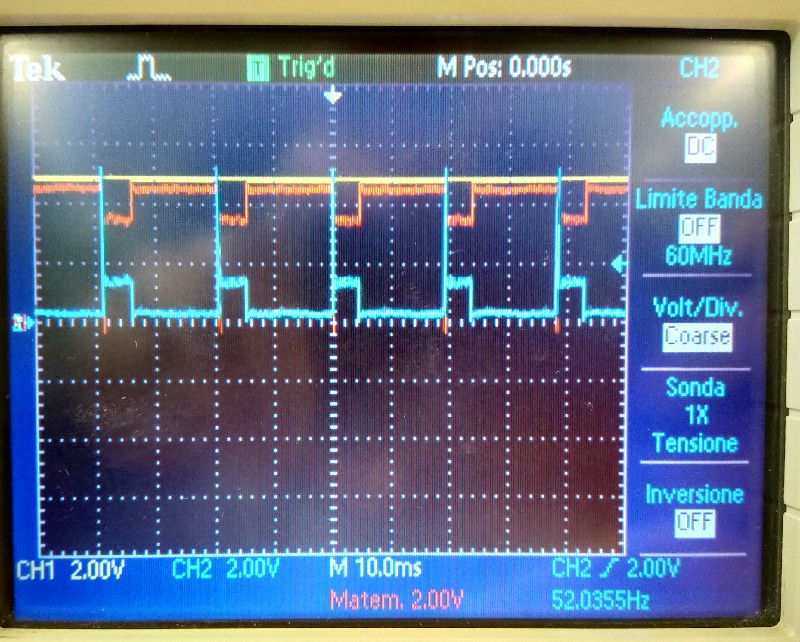 Here's what I get when the motor runs slowly: 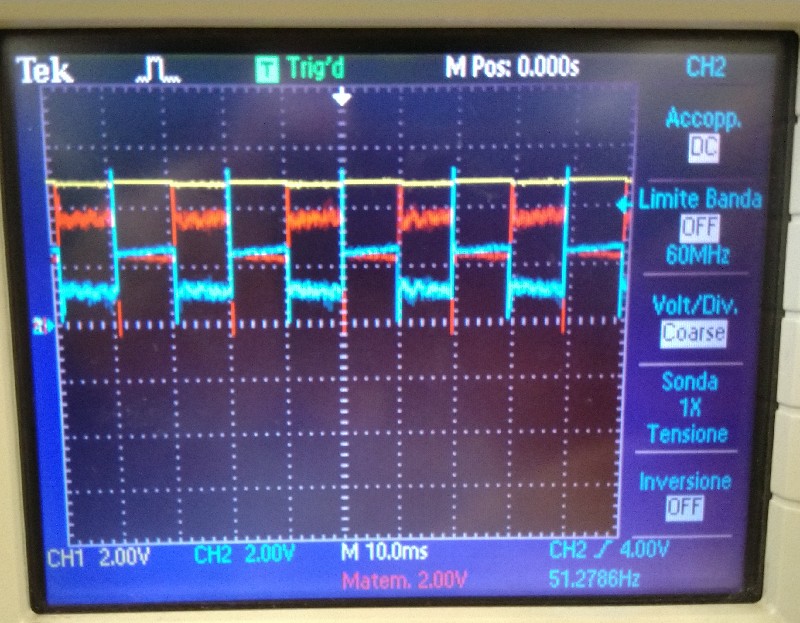 That doesn't look as good:

Is that ok? According to the BD139 datasheet Vce shouldn't be more than 0.5V so something must be wrong here. Maybe the BJT is not fully on? I chose Rb considering the 180mA no-load current listed in the motor datasheet. Should I lower it? Any other hint?

I did some more calculation considering conservative values Imax= 180mA, Voh = 3.3V, hFE = 25, Vbe = 1 V) and got around 300 Ohms for Rb. I tried lowering its value and got much better results with 150 Ohms: I can slow the motor down much more before Vce rises to the point the BJT can't be considered in the saturation area anymore (1 Volt or more).

I gave a look at the current with a 1 Ohm series power resistor and found out that unexpectedly the current is higher when the motor turns slow. That could explain why I get such a bad behavior (BJT not fully on) at lower speeds. Apparently the motor in not running smoothly and current is pulsed with a higher value.

I also tried putting caps to smooth things out with no success. I tried with a 470uF + 100nF across the power supply but the voltage keeps falling when BJT is ON; furthermore putting a small cap across the motor has no effect on the ringing/ripple/noise caused by the motor.

I tried raising the PWM frequency swapping the 390nF capacitor. With a 3.9nF cap I get a perfectly square signal but even if it seems better I'm not convinced it's a good thing current wise. Reading on textbooks I get something like that with the former cap value: 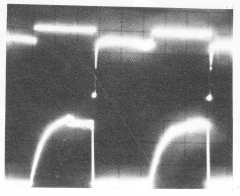 showing the voltage accross the motor and the current sensed with a shunt resistor. Raising the frequency (2kHz) I get something like that: 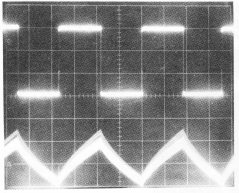 where the voltage is apparently better but:

So which one is better?

An hFE beta is used for a linear amplifier that you don't have. You have a saturated switch and the datasheet for most transistors shows a base current that is 1/10th the collector current. Reduce the base resistor value to 150 ohms. Use less than 150 ohms if the motor current is more than 180mA.

Not the answer you're looking for? Browse other questions tagged pwm bjt dc-motor oscilloscope 555 or ask your own question.