Charging phone battery with a lower voltage, coming from a bike charger?

Since travel by bike a lot, and use my phone very often during those trips, I tried designing a USB phone bikecharger that would use my bike-dynamo that also powers my lamp.

Yesterday, I did my first tests. Without load, the circuit would give me 9,3V (even when the wheel was not spinning, which was a surprise to me :) ). With a 47 Ohm load, it would still give 9.3V. This is way too much for USB ofcourse, but 47Ohm is still quite big I think.

When a 10Ohm load was applied (I assumed 5V USB-voltage, 500mA charge current --> 10 ohm), the voltage dropped to 3,5V (it kept quite stable, it didn't fluctuate all that much. It seems the wheel speed doesn't influence the output voltage, except for when it spins too slow and the voltage is cut off entirely. I assume this is some kind of protection mechanism in the dynamo?).

So here's my question: what would happen is I were to attach a phone to this charger?

My guess is that 3.5V is not enough to overcome the internal resistance of the phone battery threshold for the charge circuitry of the phone, so it will be blocked a few ms, but because of the open circuit, the voltage will rise to 5V and that will eventually be enough to charge. So in practice, it will just charge with a lower current (same as charging your phone on the USB-port of a netbook. Those often can't provide enough current, and the phone just charges slowly).

Is my guess right?

What are the risks of charging a phone-battery with too little voltage?

Should I worry about the charger outputting 9V when the phone battery is full? Because there won't be any load anymore then.

ps. I also checked the signal with an oscilloscope to check the purity of the DC, and it was pretty clean. There were no big spikes and the level was quite stable. (I didn't try to pitch pennies on noise-supressing capacitors ;) )

EDIT3: I was doing some tests a few minutes ago, and I guess I had misconfigured the LM2596 (doh...). I think the 9.3V issue is not existent anymore (I've only tested it on a bench power supply right now, but I assume it'll be the same when I test it on my bike again). So now the only question that remains: Is there any risk to applying a voltage too low to the phone? And will my above assumption hold true?

EDIT4: Currently testing it with some old phones, with my bike on a treadmill. 5V is constantly stable now for every speed above 6km/h, and charge current is 300mA, also pretty stable (100mA on an older phone). The phones themselves also indicate that they're being charged At first glance, everything seems to be working, but... the charge percentage is barely going up. I'm not sure yet if this is because the batteries are very old and haven't been used in ages, or if there's still something wrong with the circuit. More testing will be needed ;)

EDIT5: as pointed out by @Ale...chenski the path between the rectifier bridge and the two elco's is wrong and will be removed.

First of all, the USB is not being fed directly to the phone’s battery. It’s actually being fed to the battery charger circuitry inside the phone. You cannot safely directly connect a normal regulated voltage source to a lithium ion battery without the distinct possibility of an explosion and/or fire! The charger circuitry adjusts the voltage and current fed to the battery depending on the state of charge.

Then, your question becomes what happens when you feed incorrect voltage into a phone’s charger circuitry. This would depend on the specific model, but we can generalize. With too low voltage, such as 3.5 volts, the phone will probably ignore it and refuse to charge. With too high voltage, such as 9.3 volts, the phone is likely to either shut down to protect itself or be damaged by the excessive voltage.

Your circuitry, which you have not really described, is totally unsuited to charging a mobile phone! You have a good chance of seriously damaging its circuitry. You should probably find a commercially produced buck/boost module, capable of taking in the maximum voltage from your dynamo and outputting a stable 5 volts at 500 ma, or whatever your phone needs.

Obviously you have not any data of how your phone's USB connection is specified except it's USB. Don't risk your phone, the voltage must be 5V if you haven't better data. Too low voltage doesn't harm - except there's no charging, but 9V probably does.

If you can get over 5V with the max current that your phone eats from exact 5V, then have a voltage regulator which drops the extras off, even 7805 with a couple of capacitors can be ok altough it wastes nearly half of the energy. A switching converter would be better in that sense.

If it happens that you do not get enough voltage ie. when biking at a reasonable speed your dynamo doesn't give 5V or more with the needed load, you can possibly help it by having a boost capable regulator, but I guess it doesn't help, because the current under 5V jumps up If you must produce at 5V a certain current.

My phone has a special ability: It sees if the USB connector hasn't the wanted output capablity and warns me: Use a proper USB charger for faster charging. It still seems to charge. You possibly have the same in your phone. You can test it by adding a series resistor. If your phone can reduce automatically the charging current, it can solve the problem caused by an underpowered dynamo.

One thing to consider: Carry an external high capacity USB battery pack. It can be quite big if you have a bike. If you can charge it with mains voltage now and then, you do not need a dynamo based charger.

There is no room to guess whether AC-DC adapter for phone idles at 9.3V or else. It is not. This is the beauty of standardization: if the phone says "USB" and has USB connector, it is USB, and the default USB voltage is 5V +-0.5V, period. Therefore as soon as you provide +5V on Type-A receptacle, everything should be safe.

Assuming that you have a standard bike dynamo generator 12V like this one, 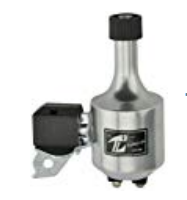 nearly everything is right, except for the brutal miswire of AC-DC rectifier bridge. You need to remove C1 and C2 completely. As shown. it makes no sense whatsoever.

Then, assuming that the J3 (MP1584 step-down module) is wired correctly and set to provide 5-V output, then everything should be just fine, almost. As soon as your spinning wheel will provide more than 8 V DC after rectification on C3, the output +5V should be stable and phone will be happy (the module needs about 3V excess at input over output to operate). The MP1584 also has "undervoltage lock-out" at 3V Vin; below 3V the circuit will shut down. Unfortunately, it is unclear how the MP1584 module will behave if the input voltage is above 3V but below 8 V. So you need to keep an eye on your voltages and experiment a bit at various spinning rates.

Now, if you want your phone to charge a bit faster, connect D+ to D- on USB Type-A receptacle side, and leave them floating. In this way almost any phone will recognize the standard charger signature (called DCP in terms of Battery Charging Specifications v1.2, or preceding "Chinese Federal Standard"), and your phone will take up to 1.5A, likely 900-1000 mA and charge itself faster.

Not the answer you're looking for? Browse other questions tagged usb charger usb-device or ask your own question.