I'm sitting here with a $600 espresso machine with its power transformer not working (no voltage coming out of secondary, with 110V feeding the primary). I've been scouring the internet for a replacement, but the cheapest I've seen is $249. I noticed on the primary side of the transformer, there are two terminals for live and neutral. I checked the resistance on the terminals and got no readings. But there is an extra wire coming out of the winding that goes to the casing between the 2 terminals, but not finished to be used. I did get a reading on resistance when I check that point with the neutral side. So my question is what is this 3rd winding point coming out of the primary side? Can this point be used to give the transformer a second life? If not, what is the closes specs I can get away with as a replacement. 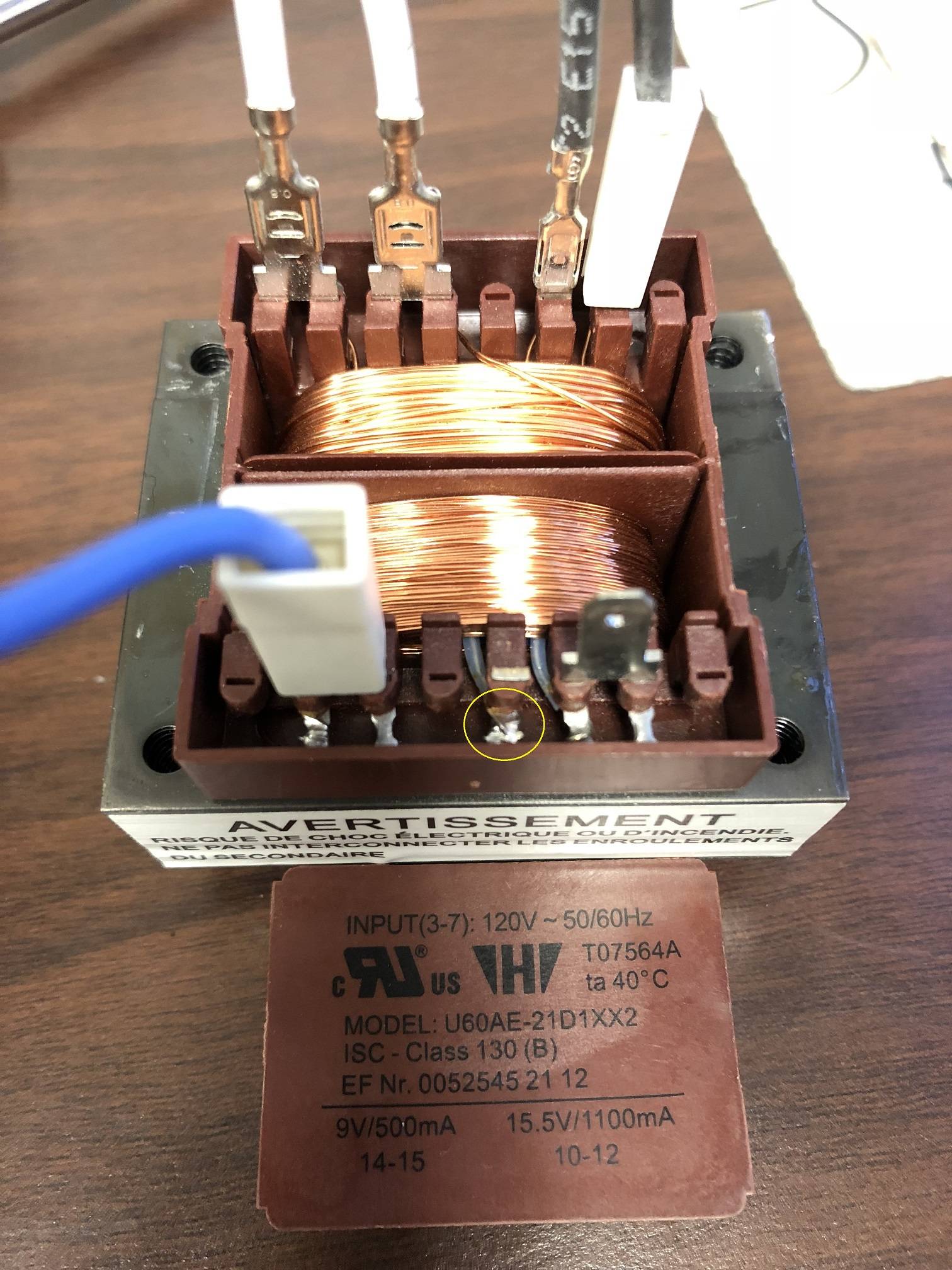 You could give a try with this transformer: link

The voltages (8V and 16V) are a bit different but remains within almost the 10% range, which the rest should accommodate for, but it might work just as well.

So I took a chance and fed 120V into the unknown leg of the primary, and guess what, it worked. I'm getting 17.4 and 9.7V on my meter on the secondary. Is 17.4V too high for 15.5V use? Nothing is smoking or burning up so far. I'm afraid to run the machine in case the amp draw may burn something up. Never thought there is second chance on these transformers. Is it possible they made this as a backup? Or is it as mentioned made for 100V use. If I feed 120 into 100V input, you think the transformer will fry up again?

The two black wires that lead from that 3rd (middle) terminal and the right-hand terminal strongly suggest that they go to a thermal high-temperature cutout that is sandwiched between the primary winding and the core. I suspect that thermal sensor has opened up.

You can probably run the transformer as-is but I would suggest that adding your own thermal cutout on top of the primary winding is a REALLY good idea. These are readily available from a large number of online sources, including eBay and Amazon.

I would measure the temperature of the transformer while the device in normal operation, then add 20C or so to that measurement. I, personally, choose to use thermal cutouts rated at 100C for repairing transformers in things like clock radios and such.

Here's a view of the transformer of a 230V 50 Hz machine, that confirms the presence of a thermal fuse. 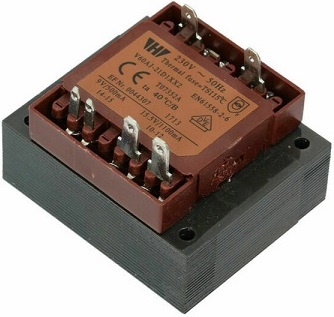 You may solder a shorting link across the blown thermal fuse.

6
How can I find out which wires are the primary wires on this transformer?
4
Dual primary / dual secondary transformer heat up
2
Input and Output terminals of the transformer
6
Small step down transformer fuse, primary or secondary?
6
Power Transformer: 110V and 220V input, with two 15V outputs 180 degrees out of phase
2
Primary current expectation in unloaded toroidal transformer
1
Why did my transformer explode? Was it faulty?
2
Symmetrical Components - Three-phase D-Y transformer with unbalanced voltage and loads
0
Power Supply Transformer Advice