How to wire up single phase induction motor?

I bought a single phase induction motor with two capacitors, but I do not know how to read the wiring diagram on this motor. 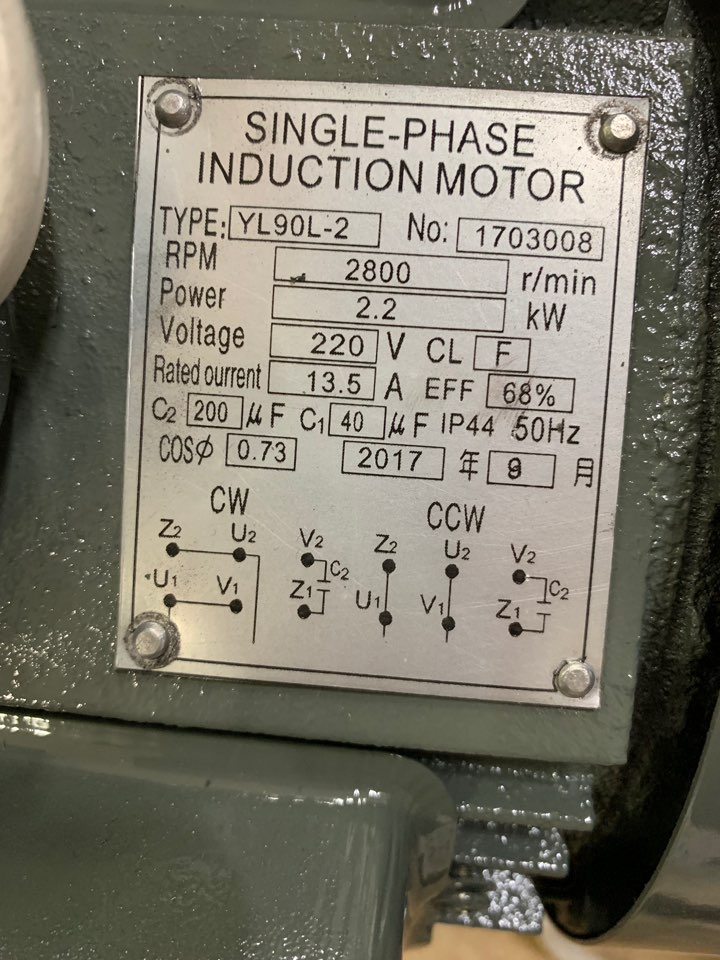 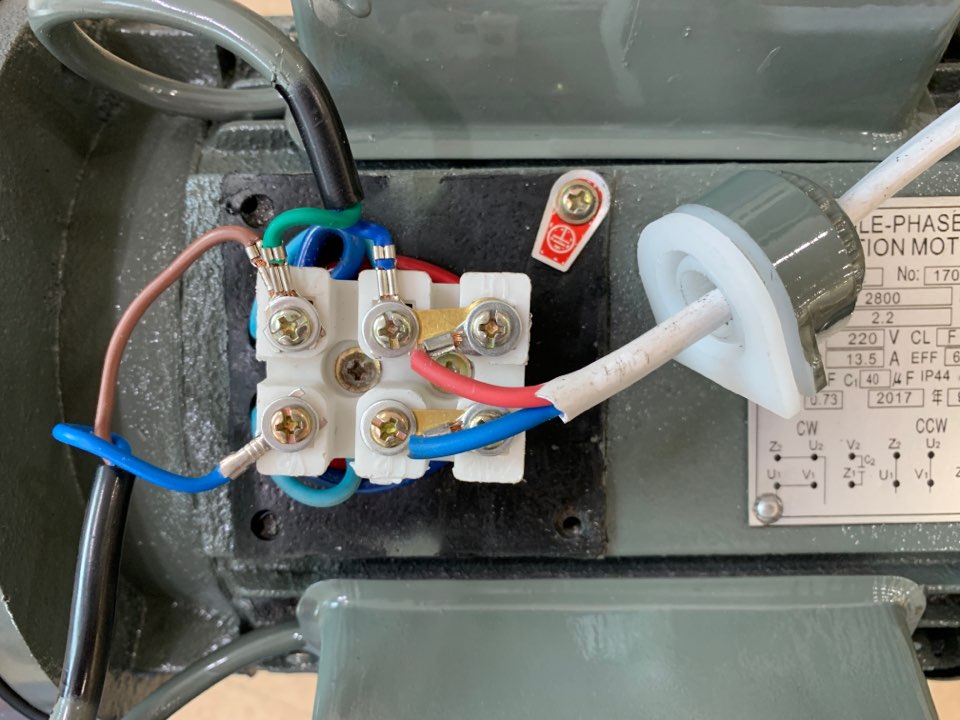 The diagram is in two parts, the left side is the connection for clockwise rotation, the right for counterclockwise.

The two brass links are then to be connected horizontal or vertical to set the rotation - as photographed it's clockwise. The effect of swapping the links it to reverse the current through the auxiliary winding relative to the main winding (it doesn't matter which one is actually being reconnected).

Not the answer you're looking for? Browse other questions tagged wiring induction-motor or ask your own question.