How to find Ron

Compute the effective Ron in the triode region of the v-i characteristic when Vgs = 3V, i.e., measure the current through the MOSFET switch when, say, Vds = 1V and report Ids/Vds as your answer below. Remember this should be for a device whose W/L is 1.

So I realize you can't just give me the answer, I just wanted to know if there was an equation to find Ron. I haven't learnt it yet, sorry. I only started MOSFETs a week or two ago. 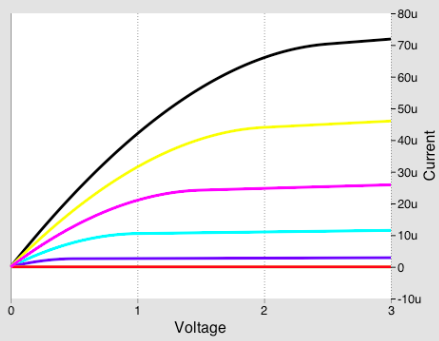 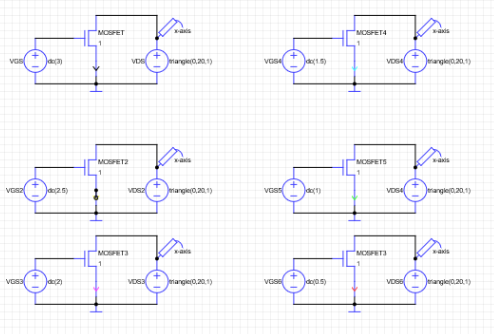 Pick some point on one of the curves you show. Find the slope of that line (actually the tangent of the line) at that point. The slope is \$\Delta I / \Delta V\$, which is \$1/R\$ and \$R\$ is the effective resistance of the MOSFET at the chosen voltage/current point. The resistance will obviously be different at different points on the curves.

Of course, this only makes sense for the regions of operation where the current changes as a function of voltage (the linear or triode region). When the transistor becomes saturated it no longer acts like a resistor, more like a constant current source.

0
Find thevinin voltage
3
Did I calculate this MOSFET circuit correctly?
0
How do I find the inputs/outputs of an unlabeled transformer?
0
How to find the current and voltage of this circuit?
0
Diode Connected MOS
1
Where do I find good IV curves?