I have been working on a project to make my own laser tag gins and sensor vests.

I have completed the electrical side of my design but this is the first time I have designed something like this and have a few questions regarding some design decisions I have made. First just some background info. I have attached the layouts for my backpack and the gun. The comms cables between my boards are just running a 10khz bit banging protocol I have created. And the IR sensors and emitter will be running at around 1khz. The leds are ws2812b so are running at around 4mhz on the signal line. All the boards have a ground plane with a ground pour and via stitching on the top layer. The sensor board has 3 isolated ground planes for the motor, led and ir sensor. The diode boards just have a load of IR and normal LEDS and the required transistors and resistors. I also have more 2 strips of sensor boards in the backpack. These are wired the same but not shown in the diagram. In the backpack diagram, the green cables are the led comms, orange is IR output from TSOP sensor and blue is the motor turn on signal. 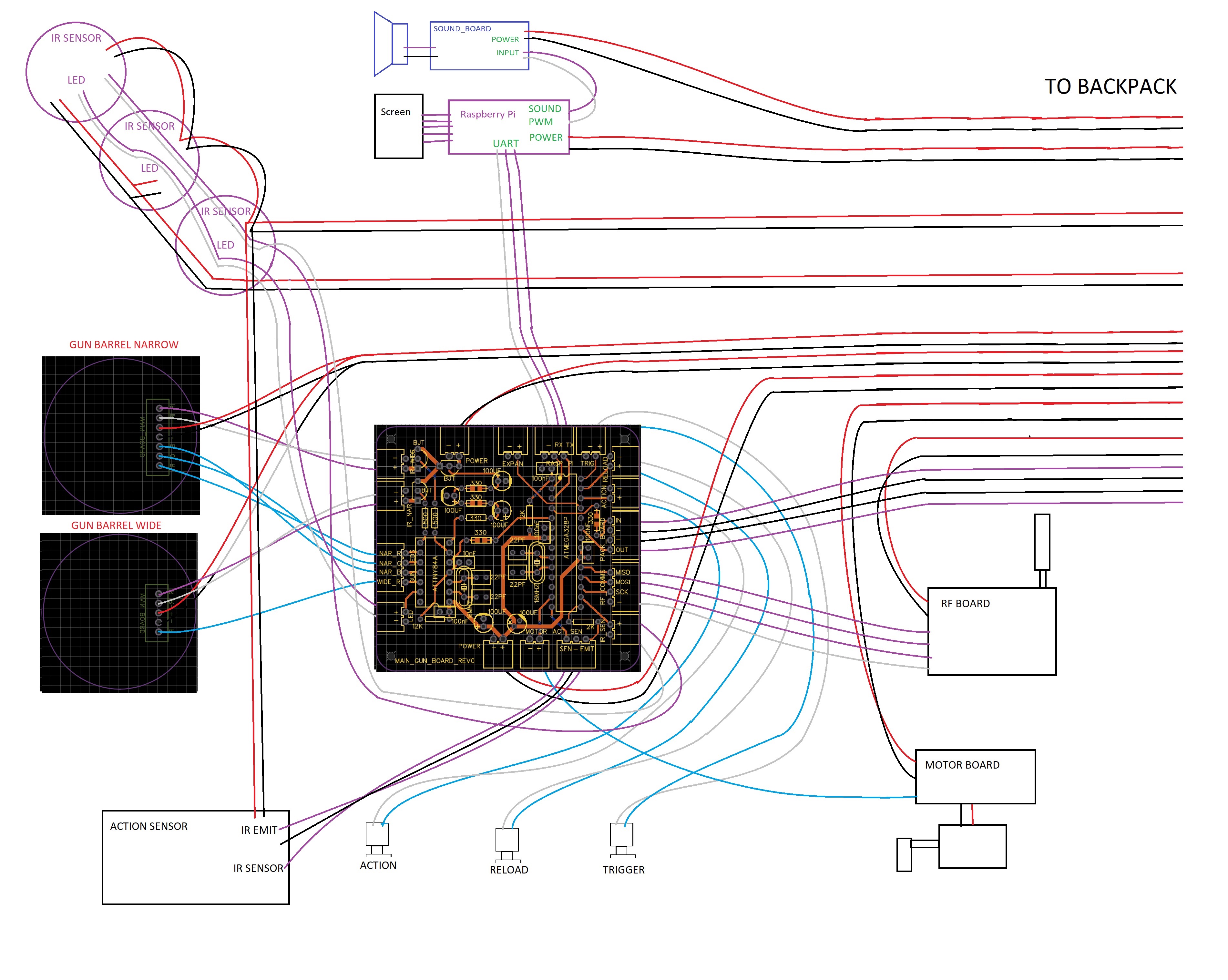 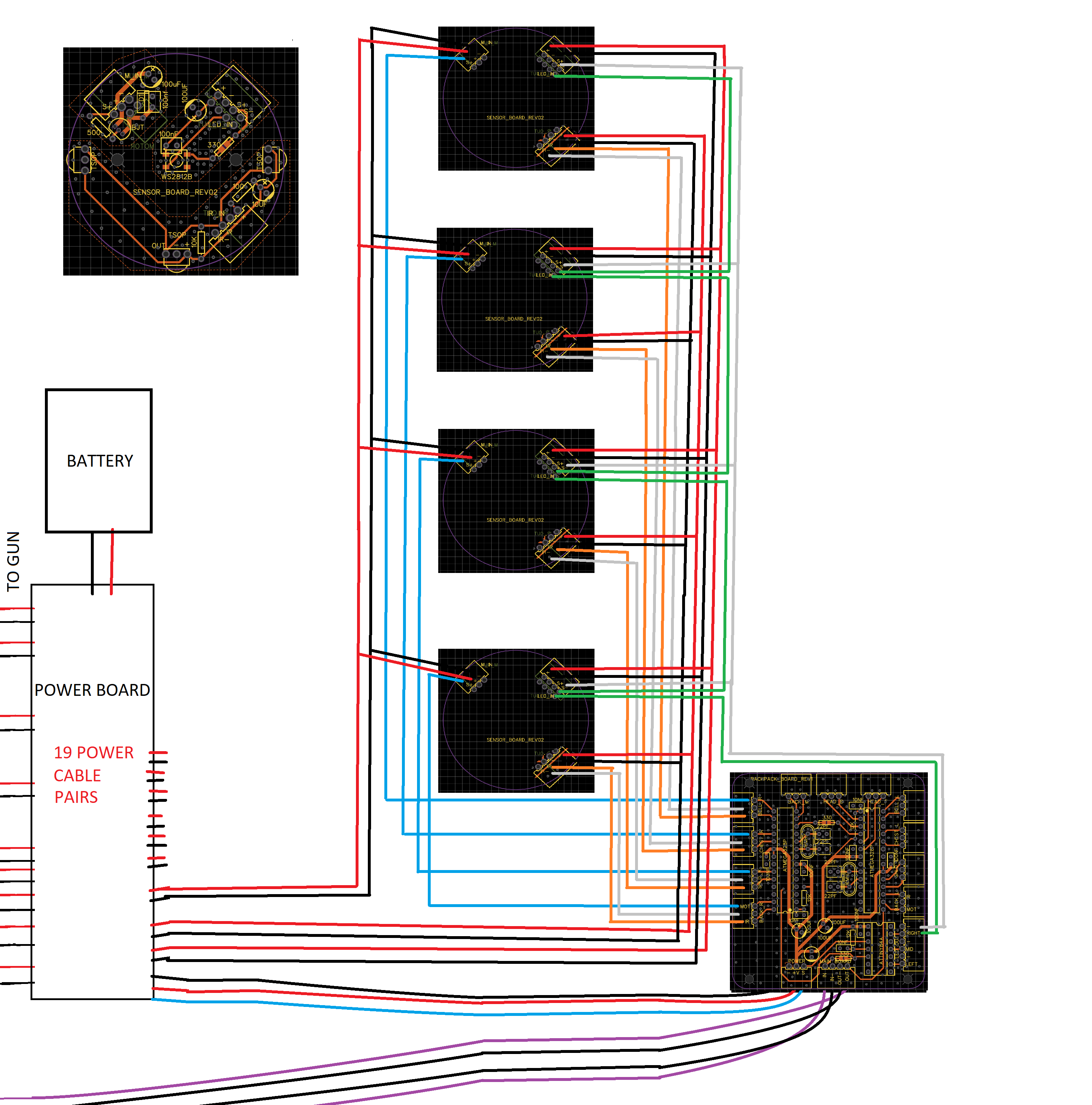 I think that covers anything. Thanks in advance for any advice.