My understanding is that this can be achieved using MOSFET amplifier circuit. I hired an LED vendor to design such a circuit and when he tested in the workshop he was unable to lower the Vout to <1 V, and consequently his circuit was unable to switch off the LED lights. The MOSFET he selected was a D882 P33. The LED lights need to have a low signal of 0-0.25A in order to turn OFF. A negative signal will turn the lights back ON again.

I did some workshop testing using a circuit similar to the one below obtained from an online course from ECE UCSB, and reproduced the same problem. I replaced the RBPI using a universal AC adapter 3V 500mA to not damage the RBPI during testing.

During my testing there were four problems I encountered

1) I was also unsuccessful to lower the Vout to <1A using two MOSFET models BF506 and 2N3906. I believe that this requires a MOSFET with RDSON of <0.15Ohms and I couldnt find this value on the datasheet specifications for these models.

2) I was unsuccessful to establish a minimum drain voltage using R1, R2 resistors and was confused by the capacitor in the VG front end of the circuit. When I connected a 100k Ohm resistor for R1 and a tiny resistance <100Ohms for R2 and the VCC connected to the VG front-end circuit, I was unable to control the voltage VG and the voltage would shoot up to >4V. I then removed the R1, R2 and the VCC connections and was then able to control the voltage.

3) I was not able to use the circuit when the capacitor was connected. Again the voltage VG would shoot up to 3.3V and I could not adjust at all, so I removed the capacitor.

4) The behavior of the VG and Vout was inverted from what was expected. When I provided a 0.9V signal VG, I received a 2.05V Vout, and for a 3.3V VG --> 4.32V out. This is opposite to what was expected which is for the higher VG voltage to produce a low output signal Vout.

I'm adding a photo of the LED drivers. The vendor provided two types of models in the system. I realize in the original problem description I described for a single LED driver, but actually the system is 8x drivers connected in parallel. Of the 8x drivers there are at least 2x different models, I have not opened to inspect for the other 6x. 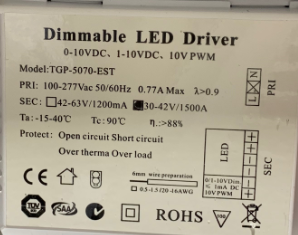 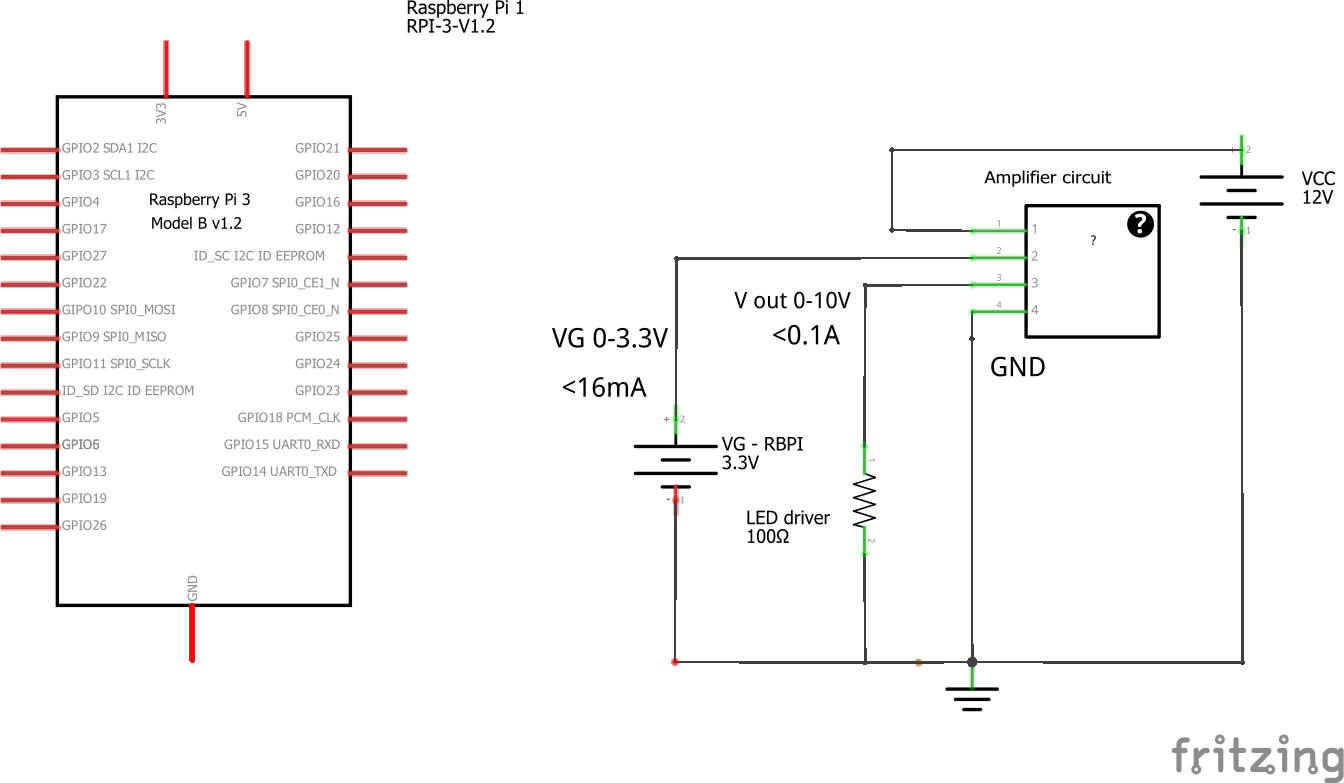 Rather than explain or fix the circuit you show which does not have a chance of working I will show what will work. 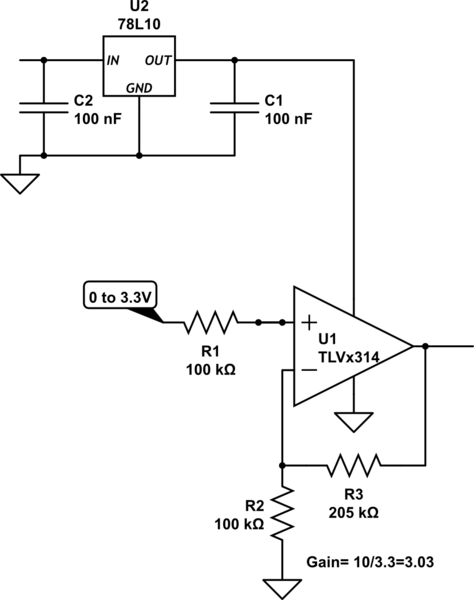 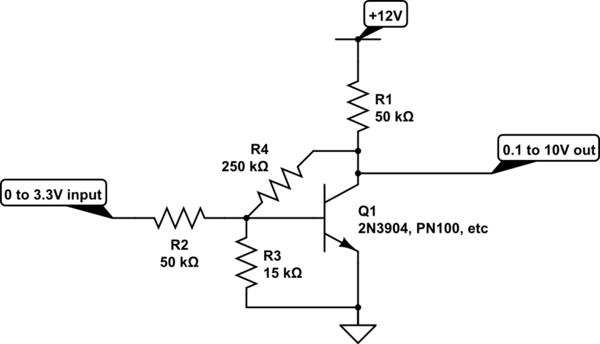 Not the answer you're looking for? Browse other questions tagged mosfet amplifier raspberry-pi led-driver dimmer or ask your own question.