Qualifier: I am posting this here and not on the Arduino Stack Exchange because my question is about firmware development and not Arduino development.

Project: I am designing a PCB that will use an ATmega2560 as the CPU.

Why: I am a recently minted BSEE with much more experience and knack for hardware than firmware so I'm challenging myself with the limited resources I have available to better my understanding of uCs and firmware development.

Done so far: I have gone through the ArduinoISP process successfully. These are the steps I followed using the Arduino IDE...

Thoughts: I realize now as I was typing this that all I did was re-burn the Arduino Bootloader onto the Target Mega using the "Arduino as ISP" Programmer Mega.

Done so Far Again: Written simple "Blink" program in AS7. It builds. 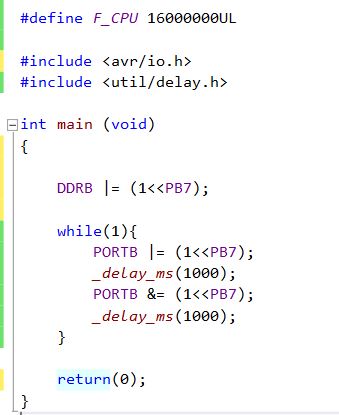 Wanted Outcome: My Target Mega to no longer be an Arduino Mega and be an ATmega2560 development board so that I can do pure AVR firmware development forcing me to do all the hard stuff that Arduino takes care of. I am trying to eliminate everything Arduino from the development process other than the hardware used for firmware development and "Arduino as ISP" for flash programming.

Research: Everything I have found online has to do with using AS7 to code an "Arduino" AVR uC.

UPDATE: I was having issues setting up AVRDude as an External Tool on AS7. I followed all the directions I could find carefully and the output would just be blank. I figured out it was because I had the Arduino IDE installed as a Windows App so AS7 could not follow the AVRdude.exe path. I'm now having issues with opening AVRdude.conf but ecstatic I at least had one small success.

UPDATE2: Had the path wrong for AVRdude.conf. Using the Arduino IDE with "verbose output for upload" selected I uploaded blank code and the top line of the output message contained the paths I needed.

UPDATE3: I was getting the classic stk500_getsync():not in sync error and it was a baud rate issue. I had 115200 which I'm pretty sure is the baud rate that Arduino IDE uses to upload a sketch to a Mega but the bootloader is burned at a 19200 baud rate. Since I'm using "Arduino as ISP" it's burning the entire flash memory not just uploading the source code. (note:I was still having issues syncing even after changing the baud rate and it was because the decoupling cap connections on the reset pin of the Programmer Mega were sketchy. Bent the ends of the legs so it would fit more snuggly in the Mega headers.)

UPDATE5: IT BLINKS!!!!! So I gave up on my initial pursuit and attempted to just make one Arduino Mega blink using the other as an ISP programmer. I noticed that AVRdude reads the fuse values before it writes to them so I took an Arduino Mega that I knew was still configured as an Arduino and uploaded my blink program to it. It didn't start blinking, but I took the fuse values it read and included those in my external tool argument. Re-uploaded and huzzah my mega blinks. This is my argument (also found this great link that helps to understand everything in the argument)

Next Steps: Figure out how to get an active debugging session in AS7 with on-chip debugger of ATmega2560 (heading to datasheet now)

Once you have the .hex file created, you can upload it via the SPI pins (SCK, MOSI, MISO, Reset, Power, Gnd) using a Programmer. A Programmer takes Reset low and then accesses memory & fuses more or less directly. The fuses need to be set up to match the harware environment for clock source for one, and for the starting address to use for another thing (software only, bootloader + software, bootloader size).

6
Bit bang ATmega328 with Arduino bootloader using AVRDUDE
2
Arduino code compiles both on Eclipse and on AVR Studio 5, but only Eclipse version is functional
2
Unable to upload Arduino sketch to Arduino Uno using AVR ISP MKII and Ubuntu 12.04
3
Arduino as AVR Programmer with Avrdude
0
Arduino as ISP programming the Arduino, not the connected ATmega328P
1
Arduino Nano ISP turns into the target program (as well as target MCU)
0
I can't flash my new ATMega328p with PL2303 USB-TTL converter
0
Garbage data when using UART on atmega2560
3
How debug Atmega2560 with PICkit 4? (Arduino Mega board)