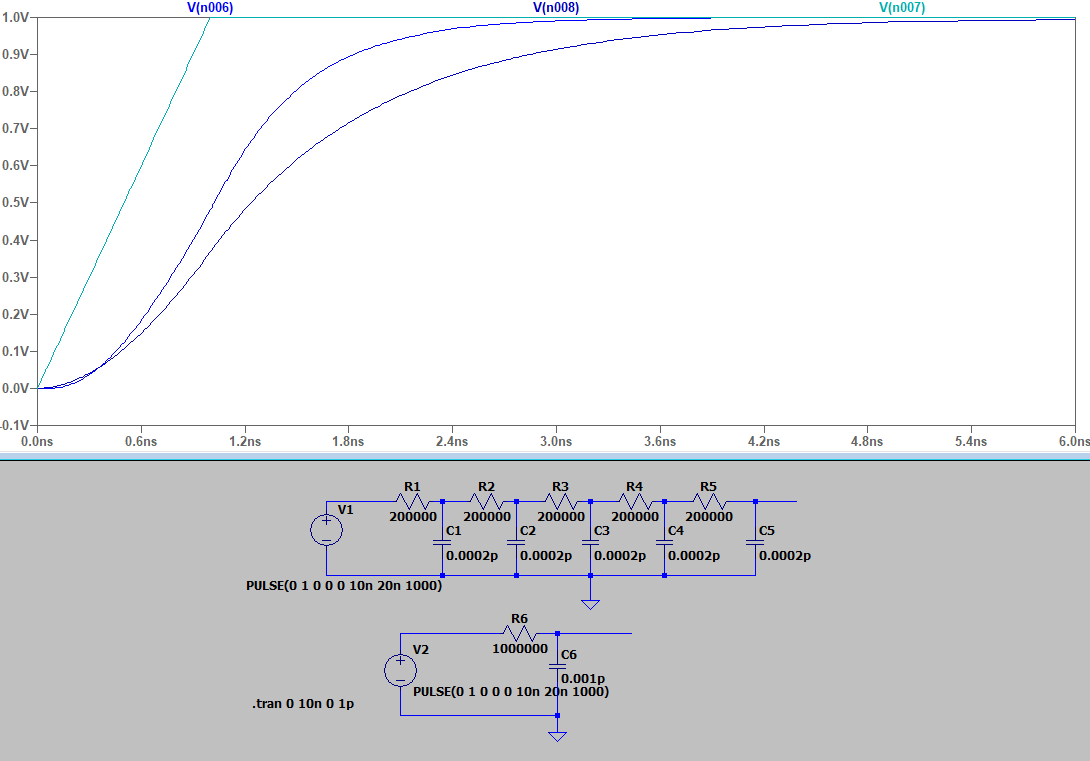 I'm concerned about the difference in terms of ringing period and peak ringing amplitude between the distributed and lumped LC, not considering any wave behaviour (the circuit is much smaller than the wavelength). I couldn't find any relation between the two approaches. It would be useful to simulate it as lumped and use a simple conversion to get the real behaviour, like for distributed RC. 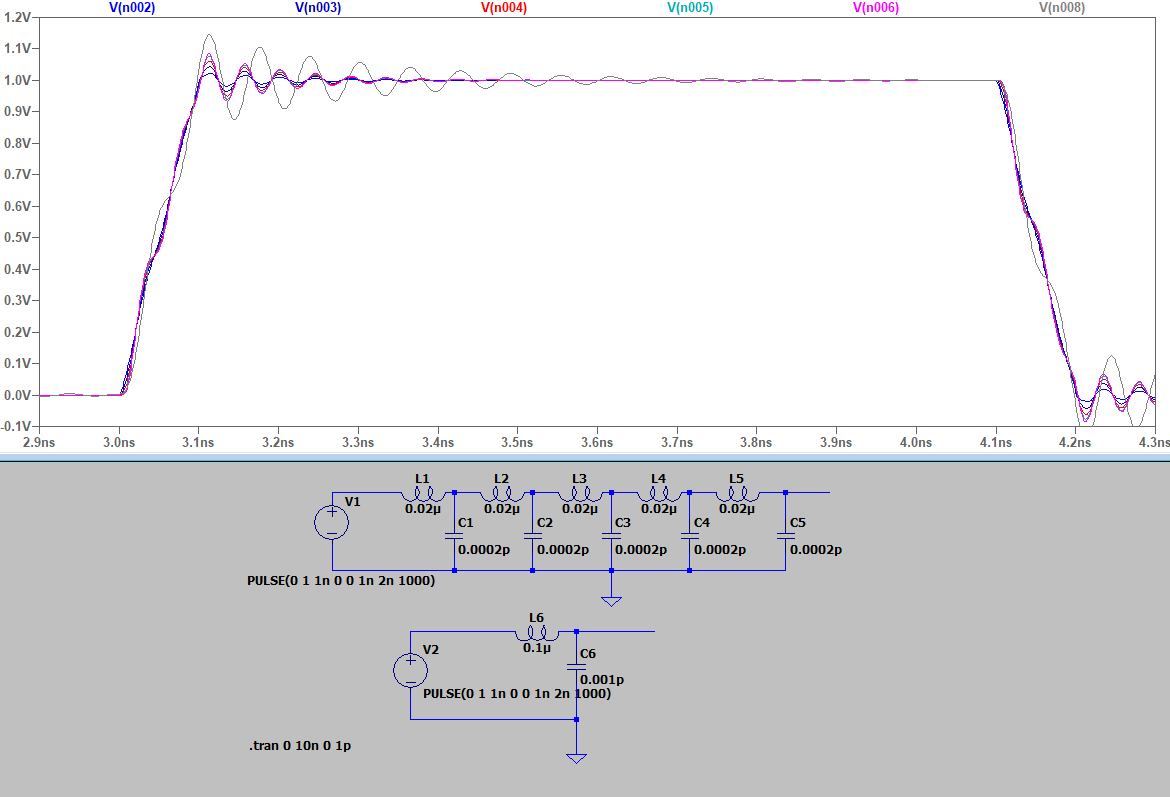 1.What are the relations between distributed and lumped LC?

2.If the circuit is much smaller than the wavelength, is it true that all the voltages measured on the line have the same phase? Is the LTspice (or PSpice) simulation accurate?

later edit: in the picture above the voltages are in phase because it is not long enough or it doesn't have enough inductance or capacitance. I've managed to get the same delay as for the transmission line component by using 10 LC elements and enough inductance.

Browse other questions tagged passive-networks delay resonance ringing or ask your own question.

18
Severe ringing when high side MOSFET in half bridge circuit switches on
0
Antenna phase shift
5
How does a logic gate behave with an input changing faster than its propagation delay?
0
Questions and confusions on transmission line theory and lumped element model
2
What is the structural difference between a high-drive and a low-drive cell?
0
Group delay and phase delay of a filter