Figuring out neutral and earth in a three phase connector?

I’m trying to check whether the earth and neutral is connected correctly in a 5 pin connector which has 3 pins for lines, one for neutral and one for the PE earth. 3L-N-PE type connector.

For some reason it is hard to reach and open the connector and verify the color codes. I want to verify which pin is neutral and which pin is earth to be sure if it was installed correctly. I can use a multimeter and have access to other single phase system plugs’ neutral and earth in the same room facility.

To make the question clear I draw the following: 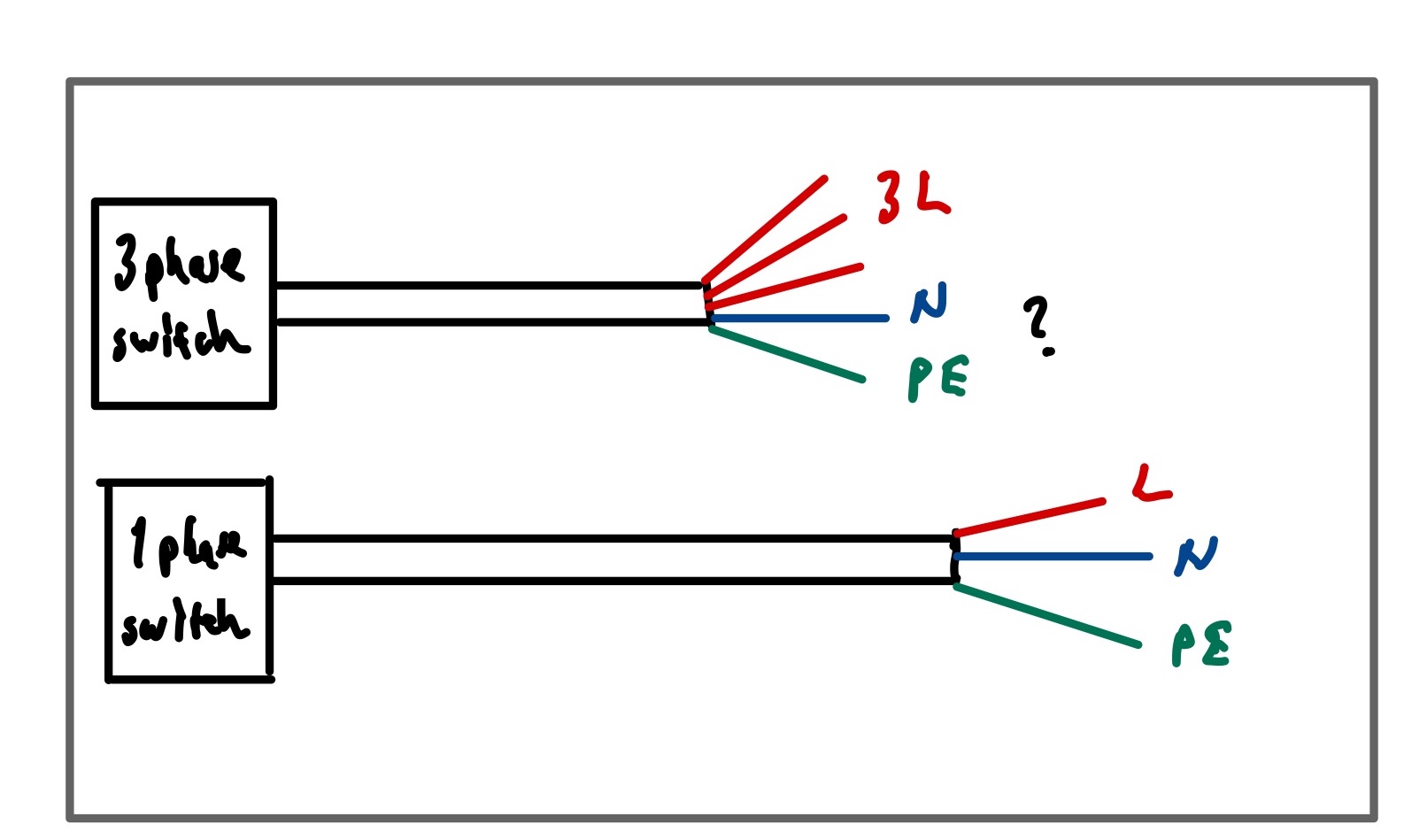 As illustrated above I have access to pins of both three phase and single phase pins. Im sure about that the single phase’s pins neutral and earth are correct. But not sure whether for three phase the PE and neutral pins are mixed up.

Is there a method to verify whether the neutral and PE is wired correctly?

Assuming this is a practical question: Isolate the supply at the distribution panel, disconnect the neutral at the panel side and check which pin is still grounded with an ohm meter. If it’s the ground pin, then it’s wired correctly. If it’s the neutral, it’s wired incorrectly.

Connect an isolated AC source between a known good (the structure of the building?) earth and the putative' earth on your feed, if the RCD trips you know it was really a neutral, an 12V AC wall wart with a 100W tunsten light bulb in series should do (The light bulb serves to limit the current if you get across earth and live by accident).

Sometimes there can be enough IR drop in the neutral network to make an RCD drop if you just connect the neutral to a known earth via a reasonably low impedance (an old school test lamp say), you don't want to be making such connections without some impedance because that constitutes 'feeding the fuckup fairy' and a screwup could cause major current to flow.

Another way to go would be to measure reactive impedance to earth, you know there is an RCD in play, so you should be able to see the differential mode impedance of the sense coil, but that might be more of a lab sort of trick then something I would want to try in the field with the building power on.

I would note that messing with 'earth' on a TN-C-S install can bite you in unexpected ways, and that in a TT (or worse, IT) system you would want to think long and hard about failure modes before trying any of this.

If TN-C-S, TT or IT do not mean something to you then I would take that as a hint to get someone else involved to do the work.

I'm assuming this is a practical question, not an academic one, but I'll try to bend it in the favor of theory.

Firstoff, "ground" aka GND aka Vss in electronics context, is a common/return. In mains electricity, we call that "neutral". In mains, "ground" Equipment Safety Ground which never, never, never flows current except during a fault condition.

Ground is always green, yellow-green or bare wire, except in the old Soviet Bloc. That means identifying Ground is so crazy-easy that there's no point talking about any other method. What's more, we can quickly eliminate that wire, so we only have to measure amongst 4 wires (6 measurements) instead of 5 (10 measurements).

To touch theory, AC mains power comes off a transformer, so it is isolated, and practical transformer leakage could cause it to float at all sorts of crazy voltages. This is hard on insulation. So to keep the conductors from rattling/floating, one conductor is bonded to safety earthing inside the main service panel, in this one location only. They choose the one "in the middle", i.e. so other conductors will be the lowest possible voltage compared to earth. (to make those conductors safer). Since it's bonded to ground in the main panel, it will be quite near ground (just a few volts above it), and so it's given the name: Neutral.

So, if you can't identify the wires, you measure the voltage between each wire.

The highest voltage on the list will appear on 3 wire pairs: AB, BC, and AC. Those (A, B, C) are your phases. The voltages from A, B, C to the other wires will be lower, and if the ratio is 1:sqrt(3), that proves it! Here's an example:

The three highest are BO BY OY. So B, O and Y are our phases.

The two that remain are neutral and ground. How do we distinguish these? Consider the lowly torque wrench. 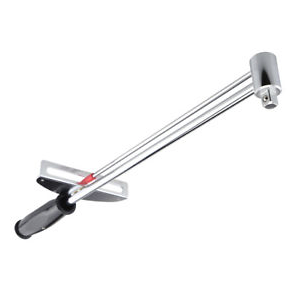 This beam-type never needs calibration. The big beam bends as you apply torque, but the little beam doesn't - it stays at zero. Safety ground will also stay at zero. Neutral is flowing current, so it will "bend" owing to voltage drop.

So we throw a wire across the shop to allow us to compare to a known ground, and then we throw loads on and off around the building. Ground shouldn't budge at all. Neutral will float up and down some fraction of a volt, or even 2-3 volts, as the loads in the building change.