I need a mathematical description of what happens to the spectrum of a signal when that signal is processed to divide its frequency.

As an example, construct an input signal as the sum of two sine waves of different frequencies (as commonly used in a "two tone" test). Processing this signal with a buffer that changes state at the rising zero crossings of the input signal produces a squared wave whose frequency can be divided by a flip-flop: 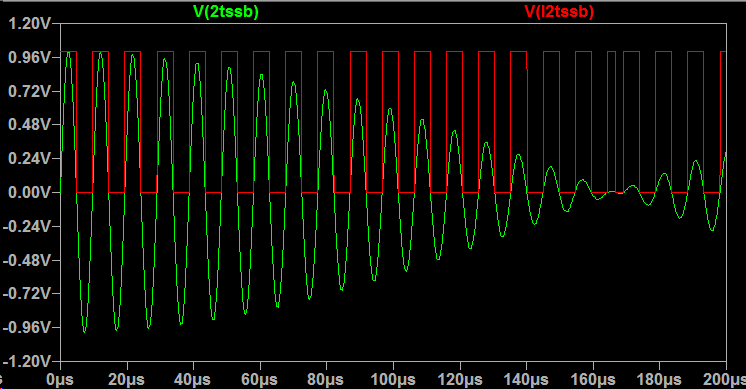 The spectrum of the the input signal comprises tones at 102kHz and 105kHz: 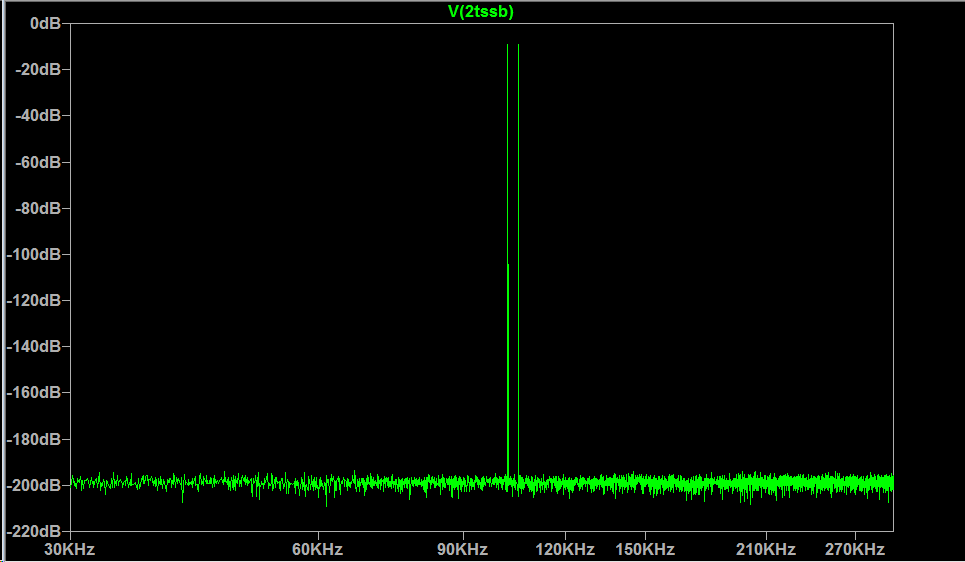 "Squaring" the input preserves the two equal tones, albeit with added side tones (spaced at the difference between the two original tones) that result from removal of the amplitude envelope and added harmonics from the squaring:

Passing the squared signal through a flip-flop produces a second square wave which in which the two-tone nature is no longer present:

Passing the squared result through an LC low-pass filter produces a sine wave with cycles that are half as frequent as the input:

with the same general spectral distribution as the squared output: 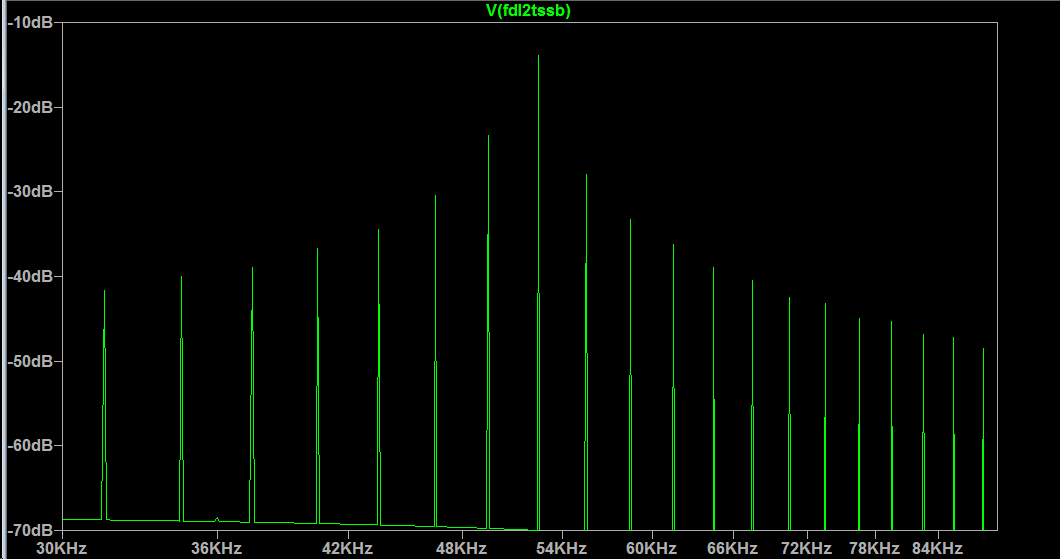 Can someone, please, explain what happened to the other tone?

I would observe that your two tones can alternately be seen as a DSB modulated carrier at the average frequency, 100% modulated by half the difference.

But your clipper effectively converts the phase modulation component to pulse width modulation (this is much more obvious if you re run the maths with the carriers much further apart, try a 50kHz spacing) in a horribly non linear way, kind of like jitter on a clock, I think there be bessel functions hiding in there somewhere.

The divide by two however is an edge triggered event but the place the edges really move a lot is right around the modulation zero as the difference component swaps polarity and you will usually get an extra edge at this point, giving you the single tone (The divider does not care about width, only either rising or falling edges) with phase discontinuities at the difference frequency as the $$\cos((\theta-\phi)/2)$$ term changes sign.

Possibly a bit handwavy, but it has been a long time since school.

If you input 103k and 108k, then slicing the signal (comparator) produces the average f and sidebands from the input Δf then f/2 +/- Δf/2 after the 1/2 divider and all the odd harmonics of each input f/2 as it just divides the spectrum in half.

read more about VSB or SSB filters here and there

Not the answer you're looking for? Browse other questions tagged fourier or ask your own question.

0
Effect of frequency division on a signal's spectrum?

0
Please explain FFT Frequency Spectrum and different filters
4
What is the meaning of my fourier transform results?
1
Signal representation in frequency domain