Despite hours of googling, I could not come to clear understanding how efficiency of 5V addressable LEDs compare to their 12V counterparts.

If 12V is supplied to WS2815, and exactly the same technology red LED needs 2.1V, where does the rest 9.9V disappear? How come it still produces more oomph per watt of power than WS2812?

And in general, how voltage of these LEDs (SMDs with multiple LEDs) affect their efficiency?

WS2815 12V characteristics (possibly probably something is incorrect because I couldn't find whole lot of info):

To answer your first question, yes. The rest of the voltage window will be dissipated as heat.
For efficiency, I came to the same conclusion as @Wesley Lee. If you look at the WS2811 driver datasheet (that seems to be what's embedded in the WS281X Neopixels), there's actually an example for 5V with one LED of each color and an example for 12V with 3 LEDs of each color:

This is more interesting than it first appears. WS2815 appears to have been made in more than one revision but the latest design uses a clever constant current series trick. 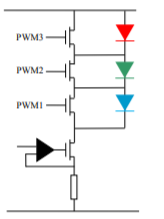 The lower half is a constant current (say 16ma) regulator. The top rail is at 12v.

Here's a detailed shot - note that not all WS2815's look like this; it appears that early versions may not have used the series trick 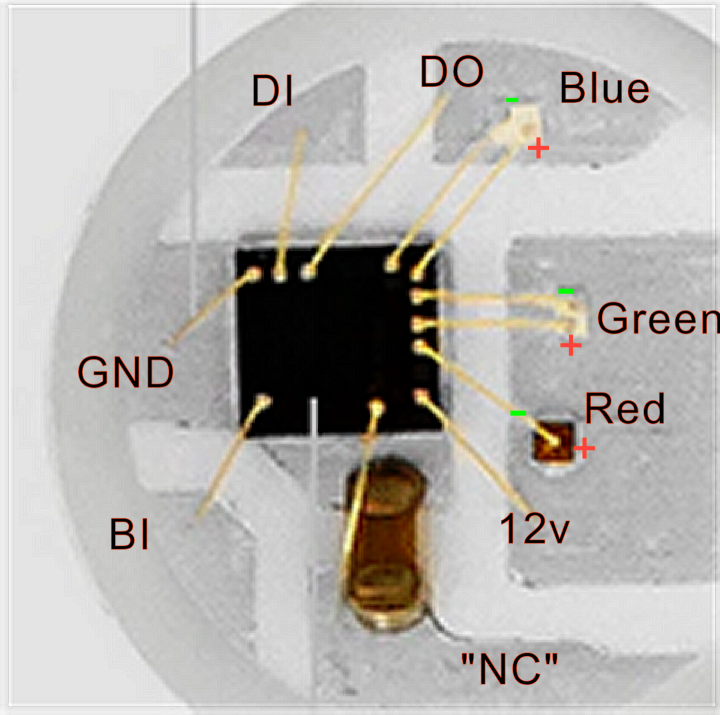 Note the Green and Blue LED dies are insulated from the pads they sit on, and have two wirebonds.

The Red only has one because it's connected to the 12v pad it's sitting on.

"NC" pad is I believe ~5v derived from the CC regulator, and is used to run the chip logic. The component (0201) visible inside the LED is I believe a decoupling cap for that supply

Update: This is confirmed by someone measuring the power consumption of a strip of 75 LEDs; 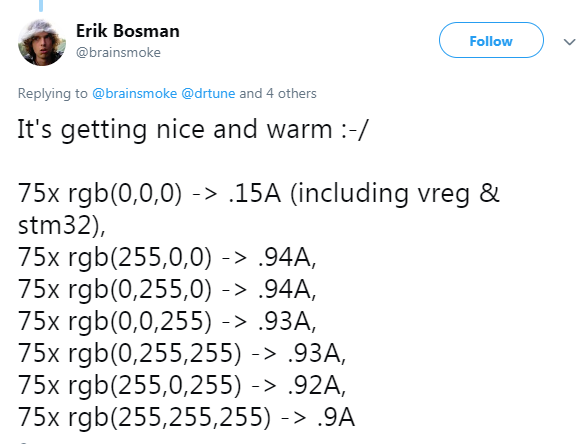 Not the answer you're looking for? Browse other questions tagged led led-strip efficiency ws2812b or ask your own question.

10
Is it safe to exceed an LED max current when ON time is less than 100%?
1
Cuttable 12V LED strip
0
SMD LED Perimeter Lighting with PWM for Dimming on each colour
0
High-efficiency blinking LED circuit
0
Single LED broken on 12V LED bar?
0
How many LED's can a TLC5940 16-Channel LED Driver power?
1
Controlling the current through multiple LEDs linearily and efficiently