Think about it. What exactly do you envision a "256 bit" processor being? What makes the bit-ness of a processor in the first place?

I think if no further qualifications are made, the bit-ness of a processor refers to its ALU width. This is the width of the binary number that it can handle natively in a single operation. A "32 bit" processor can therefore operate directly on values up to 32 bits wide in single instructions. Your 256 bit processor would therefore contain a very large ALU capable of adding, subtracting, ORing, ANDing, etc, 256 bit numbers in single operations. Why do you want that? What problem makes the large and expensive ALU worth having and paying for, even for those cases where the processor is only counting 100 iterations of a loop and the like?

The point is, you have to pay for the wide ALU whether you then use it a lot or only a small fraction of its capabilities. To justify a 256 bit ALU, you'd have to find an important enough problem that can really benefit from manipulating 256 bit words in single instructions. While you can probably contrive a few examples, there aren't enough of such problems that make the manufacturers feel they will ever get a return on the significant investment required to produce such a chip. If it there are niche but important (well-funded) problems that can really benefit from a wide ALU, then we would see very expensive highly targeted processors for that application. Their price, however, would prevent wide usage outside the narrow application that it was designed for. For example, if 256 bits made certain cryptography applications possible for the military, specialized 256 bit processors costing 100s to 1000s of dollars each would probably emerge. You wouldn't put one of these in a toaster, a power supply, or even a car though.

I should also be clear that the wide ALU doesn't just make the ALU more expensive, but other parts of the chip too. A 256 bit wide ALU also means there have to be 256 bit wide data paths. That alone would take a lot of silicon area. That data has to come from somewhere and go somewhere, so there would need to be registers, cache, other memory, etc, for the wide ALU to be used effectively.

Another point is that you can do any width arithmetic on any width processor. You can add a 32 bit memory word into another 32 bit memory word on a PIC 18 in 8 instructions, whereas you could do it on the same architecture scaled to 32 bits in only 2 instructions. The point is that a narrow ALU doesn't keep you from performing wide computations, only that the wide computations will take longer. It is therefore a question of speed, not capability. If you look at the spectrum of applications that need to use particular width numbers, you will see very very few require 256 bit words. The expense of accelerating just those few applications with hardware that won't help the others just isn't worth it and doesn't make a good investment for product development.

Well, I don't know about 256 or 512 bit, but I've heard about a 1024 bit processor (I can't find it right now). The word is VLIW, for Very Long Instruction Word. So that's the instruction bus, not the data bus width. The advantages are that you can implement Instruction Level Parallelism (ILP) on a large scale.

My first encounter with ILP must have been 20 years ago with Motorola DSPs, which had instructions for performing a MAC (Multiply and ACcumulate) while moving data to and from memory, so that you could perform a new MAC on the next instruction, without wasting time between two MACs for moving data.
Today there are also general-purpose controllers offering this option. VLIW applies this at a much higher scale.

Since your data bus width won't be as wide you can have several instructions plus constants in an instruction. The reason why the data bus doesn't follow the trend is that it's pretty useless; a 64-bit data register can represent a 20 decimal digit number. When was the last time you needed 20 digits of accuracy? For most applications 10\$^{20}\$ = \$\infty\$.

"Bitness" of a microprocessor is usually defined in terms of size of the general purpose registers. The size determines how large numbers a processor can handle natively and how much memory it can access. 64bit numbers are enough for almost any algorithm and the amount of addressable memory (16 million terabytes) is enough for quite some time to come. There simply isn't any advantage to increasing the size of the general purpose registers. On the flip side, the area of arithmetic logic units (ALU) used to perform operations on the registers scales with the square of the amount of bits. A 256bit ALU would be 16x larger and significantly slower.

On the other hand, there is point in widening the processor to make it possible to do many smaller operations at once. In fact Intel's Sandy Bridge and Ivy Bridge processors do just that, they have 256bit SIMD registers and can do two arithmetic operations and one memory operation per cycle on them. So one could justify calling them 256bit, or even 768bit processors, if one was a sneaky marketer wanting to bend regularly used terms.

Firstly, the bit size of a processor is usually determined by the abstract architecture that is visible to the machine language programmer, not by implementation details like the size of the data bus.

For example, the Motorola 68000 is a 32 bit processor. It has 32-bit data registers and 32-bit address registers. Now, the first version of that architectural family only expose 24 bits of address lines. Furthermore, variants exist which have only an 8 bit data bus (so 32 bit memory operations are performed by the processor as multiple access cycles).

Now about the question, why not go to 256 and 512. Processors "natively" manipulate several kinds of data types, so it is helpful to look at what 256 or 512 bits means for each of these data types individually. We have integers, pointers and floating-point types.

Remember that floating-point numbers have already been ahead of the other types in the past. For instance, for a while we had a predominance of 32 bit processors supporting 64 bit IEEE double floats. This is because while you can do a lot with 32 bit pointers and integers, 32 bit floats are very limited for any serious numeric work.

It doesn't actually help you do anything useful. 64 bit numbers give you enough precision for almost all purposes (Intel systems have 80-bit floating point, though), but the extra lines increase cost and power consumption while having a small negative impact on clock speed.

Historically CPUs use the minimum number of bits that makes practical sense for their intended purpose. With the advances in technology wider buses and ALUs became possible, hence the increase in bus size to serve wider applicability:

Actually, such processors exist and are common, depending on how you define the bitness. You're almost certainly using one now. As Olin explained, there's not a great deal of use for 256-bit numbers, but what about 4 x 32-bit numbers? What if the ALU could add 4 pairs of 32-bit numbers at the same time. Such ALUs (that I know of) were first implemented in vector supercomputers in the 1970s. The first time I ever owned such a computer was when I had one of the Intel Pentiums with MMX. 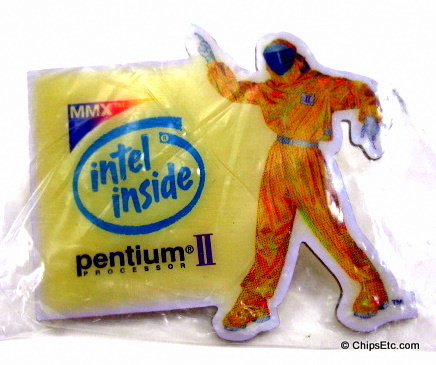 But that's nothing. A modern graphics card has a GPU (which used to stand for Graphics Processing Unit, but now stands for General Processing Unit). These are often wide SIMD implementations, capable of branches, loads, and stores on 128 or 256 bits at a time. Intel's Larrabee prototype microarchitecture includes more than two 512-bit SIMD registers on each of its cores. 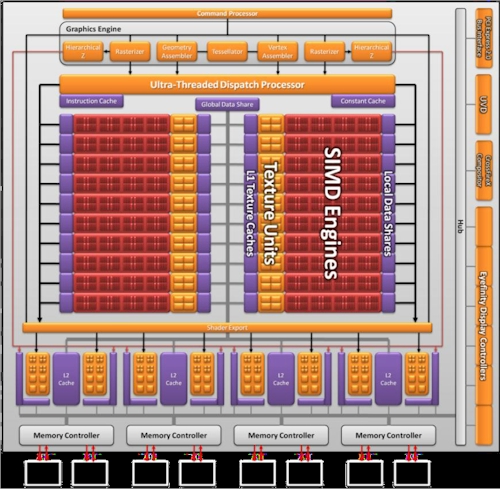 Please note that SIMD is not to be confused with multi-core. Each core of a CPU will have its own wide ALU capable of adding together a set of integers.

Because we don't need it yet.

Normally, the bitness (which I'd define as the number of bits in a register) translates more or less directly into the amount of addressable memory. This is of course simplified, since depending on the processor, there might be registers have 2 times the length of the bitness, or there exist techniques to circumvent those memory limitations (anybody out there remembering doing programming on 16-bit windows?).

All Intel processors that fit the LGA-2011 Socket do, in fact, have 256 data pins, connecting to 256 data lines on the motherboard that lead to the DRAM. I'd be a little surprised if the most recent laptop or desktop machine you used didn't have at least 256 data lines. May I ask where you got this mistaken idea that they "don't ... simply increase the number of data lines"?

because there's no application that needs or have the possibilities to represent data using more than 128 bits at once.

and you know, multimedia processors and graphic cards will get there way before mainboards cpu's, just because with photo/video it makes sense to use such large data lengths to be processed at once.

A computer System is in its meaning a Computing machine, which requires some inputs and give some outputs. We have to satisfy the computer in these lines, hence the developers came to have a benchmark by having 3 Buses, namely Address Bus, Data Bus and Control Bus. 1) The Address Bus fetch/Select a particular Address in the Memory, for Read/Write Operations. 2) The Data Bus then Fetches the Data Present this Data to/from processor and Memory for Processing / Storage Purposes. 3) The Control Bus Create a Interface Controlling Protocol and asks the System to Respect it.

These are required to do some useful Computation for a User/Server/Client. In general the Performance(Speed of Task Completion, Less Glitches, etc) Depends on Clearing the Bottle Necks in the System. i.e. If the CPU is able to process at a Much Higher Rate than the Transfer Speed from a Hard Disk Drive, then the bottle neck occurs at the HDD. Similarly we need to have a right Processing Speed for a particular Data Speeds and Code Width.

From the Start, Because of various reasons like H/W Complexity, Cost, Requirement, Effective Algorithms and the main reason Market Scope are the main hindrances for the production of High Data Bus Width, as mentioned by the Question Host, say 256 bit or 512 bit. These are possible ! But the requirement is not yet present, the market scope is not yet visible with the needs today and the absence of complimenting Software Support.

256 bit processor signifies the width of the Data Bus, that particular processor can handle, or the ALU can process in a single Execution. We Started form 4 bits, then 8,16,32 and presently 64 and even 128 bits which are the present Market Scope Products.

So before Asking these Questions, you must always see the Market Side Demand and its Scope, In history it is the only Straight Forward way to understand the ways of Life. If you can't afford it how can you buy it? and if you can't Buy it, how can the producer produce? and if he can't produce, then there is no existence for that product !!

Not the answer you're looking for? Browse other questions tagged microcontroller microprocessor architecture or ask your own question.

21
Microcontrollers/microprocessors and different bit versions, what's the difference?
5
Does the size of the data bus control the maximum value the CPU can process?