We have a control unit used in marine applications running of 12V nominal voltage with a current consumption of about 1A.

Today we are using a P-Channel MOSFET with some added circuitry (Zener, capacitors and a resistor) as polarity protection.

We want to implement a good power ORing solution and without adding to much cost we were thinking to use the exact same circuit for the second power input.

There are much litterature on using N-channel MOSFETS instead for lower RDs on etc. But since we now have a good tested solution using P-channel we want to try and reuse this as much as possible.

Are there any reason why this circuit would not function well? Or any other aspects of it we haven’t thought of?

EDIT: After reviewing the feedback on this post we have taken the solution in a slightly different direction to a Smart Diode Controller controlling an N-Channel MOSFET. This effectively shuts down the MOSFET in a reverse voltage scenario.

We now have two of these circuits in a power ORing configuration and the TVS is now bidirectional. 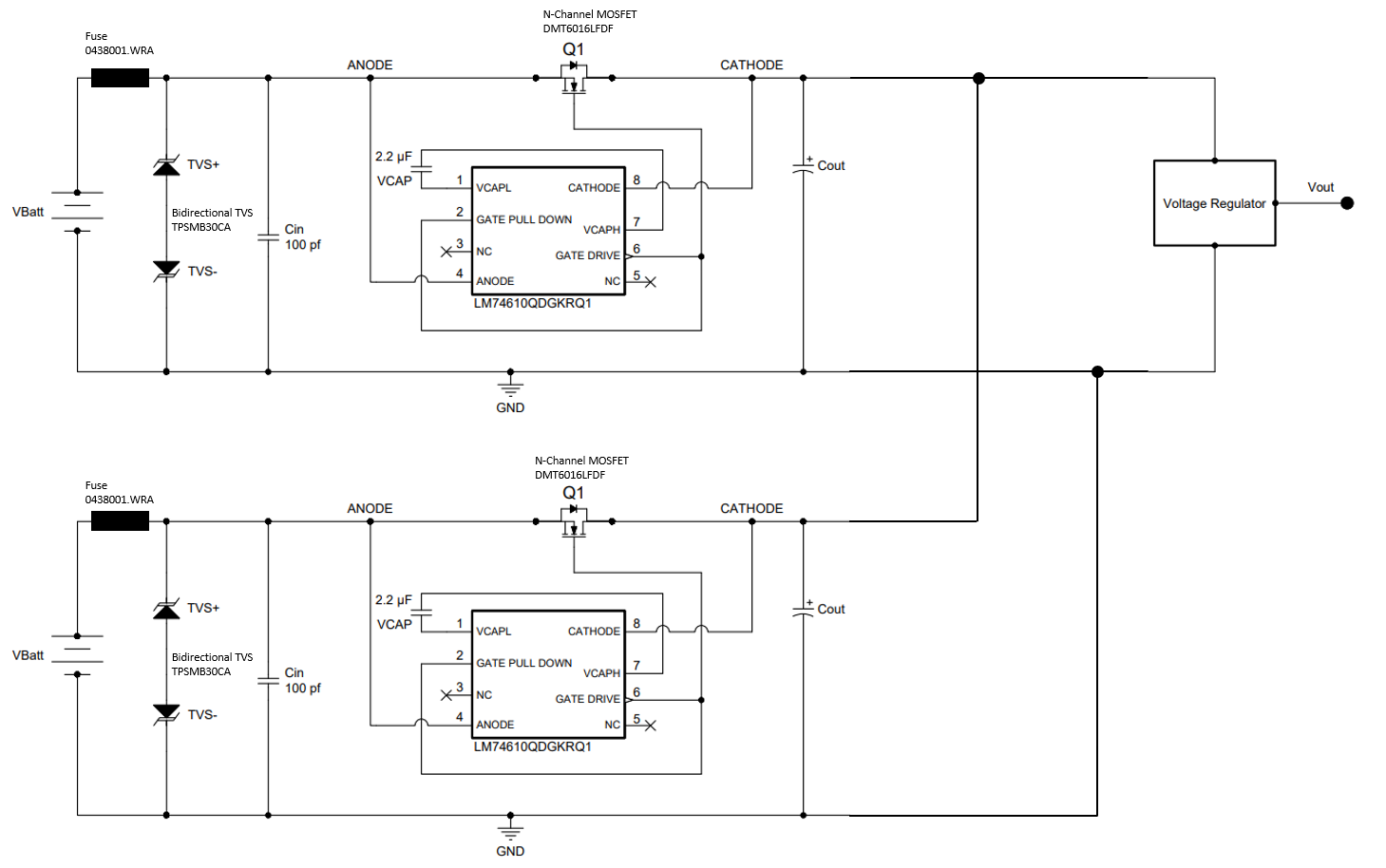 Here is a simplified simulation of your proposed circuit, showing that most current is flowing from the 15V supply into the 12V supply. This could cause damage or even an explosion if one of the supplies is a battery.

You can use mosfets to replace diodes for polarity protection to benefit from a lower voltage drop.

However, you cannot use mosfets to replace diodes in the ORing configuration as posted.

When the polarity is correct for both circuits, the both mosfets will keep conducting both directions (in contrary to a diode). So when P12_PLUG becomes e.g 11.9V and P12_PLUG_1 is still 12.0V, current will flow back from P12V_IN into P12_PLUG.