I am having problems turning on this relay: https://omronfs.omron.com/en_US/ecb/products/pdf/en-g6qe.pdf Using a transistor whose base is connected to a digital signal of an Arduino Nano. The schematic I am using is attached. I have tried both, BC558 (PNP) and BC549 (NPN) transistors. Neither of these works. I would've figured the PNP should work because it is a high side switch but it almost seems that the Arduino Nano does not supply enough current to switch on the transistor. That is because when hooking the transistor's base straight to a power supply it does work but once again the Nano just can't seem to handle it. I am pretty novice at this so I am looking for some help. What am I missing here? Thanks in advance 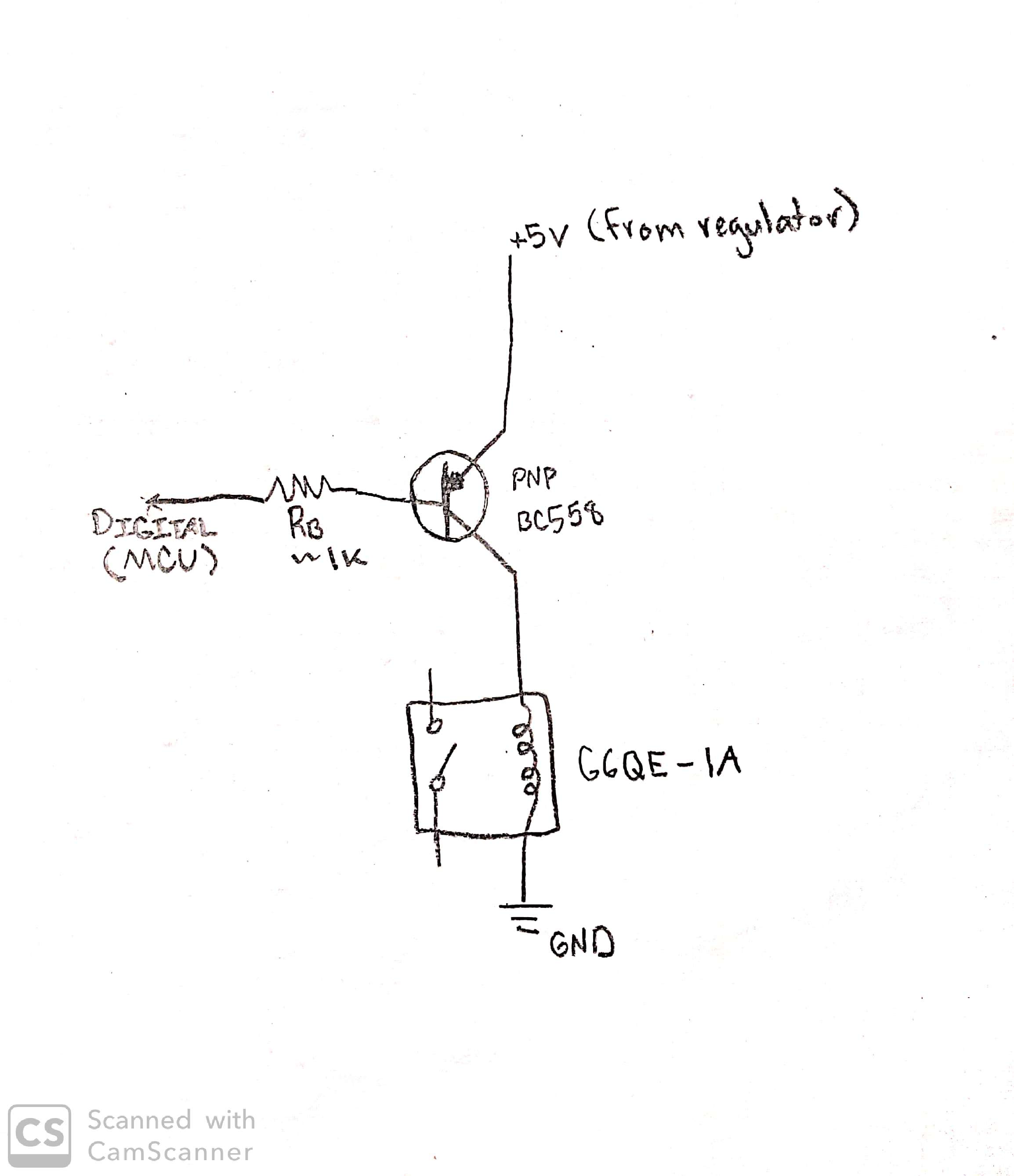 Do something like the above. You have the following problems:

For what it's worth, just the other day, I lashed up a circuit with a relatively lower power relay (9V 360mW driven by an 8050 NPN transistor) driven by a Nano to run a test on an embedded system by interrupting and re-applying the power at random intervals.

Not the answer you're looking for? Browse other questions tagged arduino microcontroller relay npn pnp or ask your own question.

0
RGB LEDs with arduino/transistor won't dim
3
PNP to NPN Transistor switch
0
H-bridge PNP transistor overheats
0
How to open and close PNP transistor with IO pin?
5
Using a PNP transistor as a switch connected from a 74154 then out to stepper motors
0
Arduino MKR1000 relay transistor
1
PNP wont turn off
2
Transistor toggle by NPN and PNP - how is it build?
2
Is this a correct way to use an NPN transistor to disable a push button?