Bit of an unorthodox question I'm sure, but I'm making a balance beam (two rotors on either end of a see saw) with proportional control, and I can't seem to get it to balance at 0.

The proportional gain is controlled via a potentiometer, but there is no 'sweet spot' between oscillation and insufficient motor correction around 0, meaning the beam either oscillates wildly around 0, or the gain is too small and the beam drifts and settles around 5-10 degrees either side. The odd thing is if I set it to go to another angle that isn't 0 it settles no problem.

The values being read from the IMU are fine (it knows it's settling at 5 degrees, it doesn't think it's 0). The sample rate of the IMU matches the update rate of the motors too, so it's not that the I'm feeding the motors old data.

I've tried to take measures to reduce external forces acting on it too, such as the weight of components and turbulence, but to no effect.

I know I can introduce integral control and that will correct against this slight drift, but I'd really like to have this balancing using just proportional - oscillating slightly either side of 0.

My code is in the format:

Where both motors signals add to make 0.3.

I'm aware there's no definitive answer to this question, but I'm just looking for some creative thinking/some things I might not have considered, because I'm fully stumped on this one.

UPDATE to include transfer functions of response: 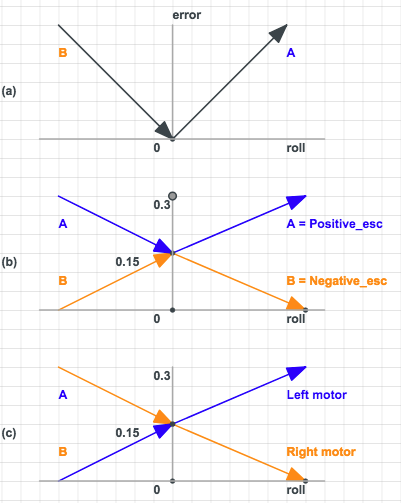 UPDATE to include graph of response 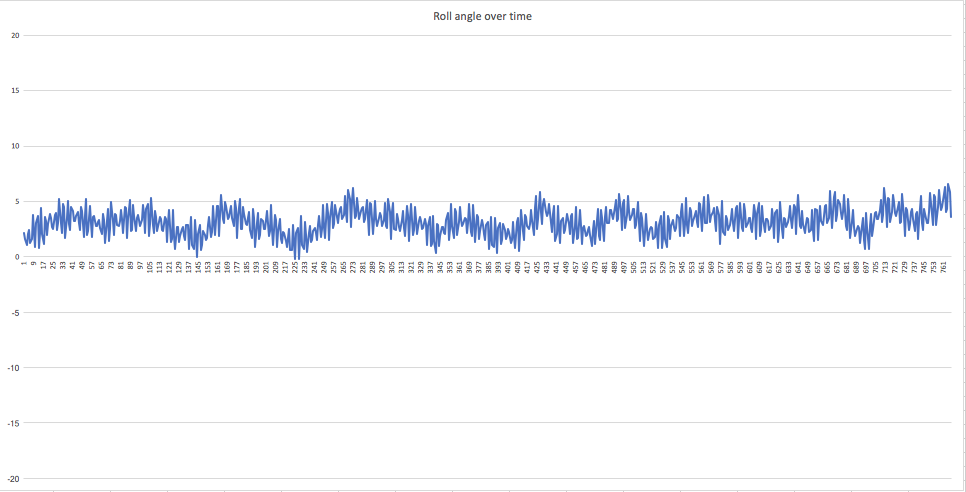 As can be seen, the beam will sit quite happily around 3 degrees. However, what concerns me is the positive correction when the error is already positive (can be observed most prominently around t=230).

Figure 1. Proportional and "anti-proportional" gain control where both motors sum to unity.

I'm no expert but I would be doing something like this:

At balance the motors will run at 50%. 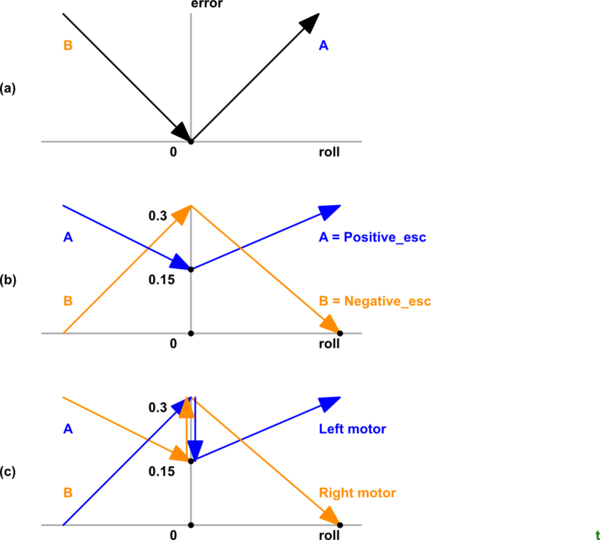 Note that your Positive_esc and Negative_esc are not complimentary. The big problem is the major discontinuity of the left and right motor drives around the zero point.

Did you try my suggested code?

In other words, you have honkin' big discontinuities in your motor drives. Even if this would otherwise lead to correct behavior (which I doubt), the motors are going to go crazy close to zero error.

Not the answer you're looking for? Browse other questions tagged c feedback pid-controller mbed closed-loop or ask your own question.