I have been wokring on a circuit, where I am amplifying a signal to a high voltage(around 100V) with a frequency of 20kHz but with fast edges. `

The op-amp shown below is used as inverting amplfier thus for the feedback loop. I am using the AD712.

I want to make sure I get the PCB layout correct, so I have been spending a lot of time on reading application regarding PCB layout. There is one point I stumbled on ; In this article https://medium.com/@Altium/designing-operational-amplifiers-pcb-layout-tips-to-reduce-the-noise-e4900a7d7fc5 it is stated that having a ground near the input pins causes stray capacitance which can lead to instability. On the other hand, I know also that it is not good practice to break the ground plane.

so, what is the best way to go about this?Should I break the ground plane close to the inputs of the op-amp? Does someone have experience with this? 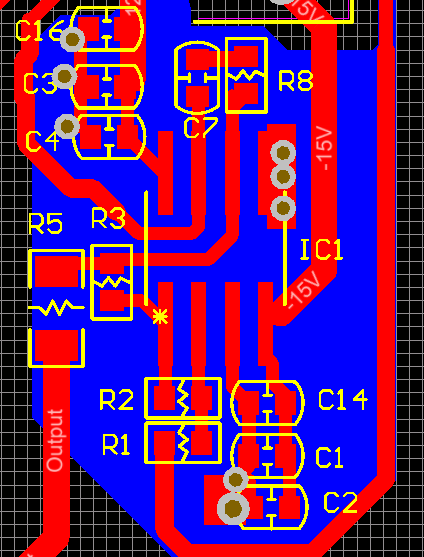 The need to reduce the C_virtual_ground (Vin-) capacitance depends on the total phaseshift of the feedback circuit. For low values of resistance, the capacitance can be huge and the circuit still has no peaking. For high values of resistance (in the simulation below, I used gain of 10x, with 1Meg input R and 10Meg feedback R), the C_virtground and the phaseshift of Cload and Rout, and the opamp's phase_margin, all contribute to peaking.

When these 3 causes of phaseshift sum to near 90 degrees, expect massive peaking.

Again ---- low values of Rfb make everything operate without peaking,

And many circuits that should peak ---- do not --- because of stray capacitance (stray electric field coupling) across the two PCB pads of the Rfeedback resistor. Notice the SMT resistors likely have much more of this lead-lead coupling than will axial feedback resistors. Thus the SAME opamp, using the SAME value of resistors, will have the PEAKING determined by the choice of resistor package: SMT or axial.

In addition to resistor values and parasitic C across the resistor PCB SMT pads, the opamp's differential_mode Cin (Miller Effect can be a killer) will matter. And as you already know about, the VirtualGround node (Vin-) capacitance. 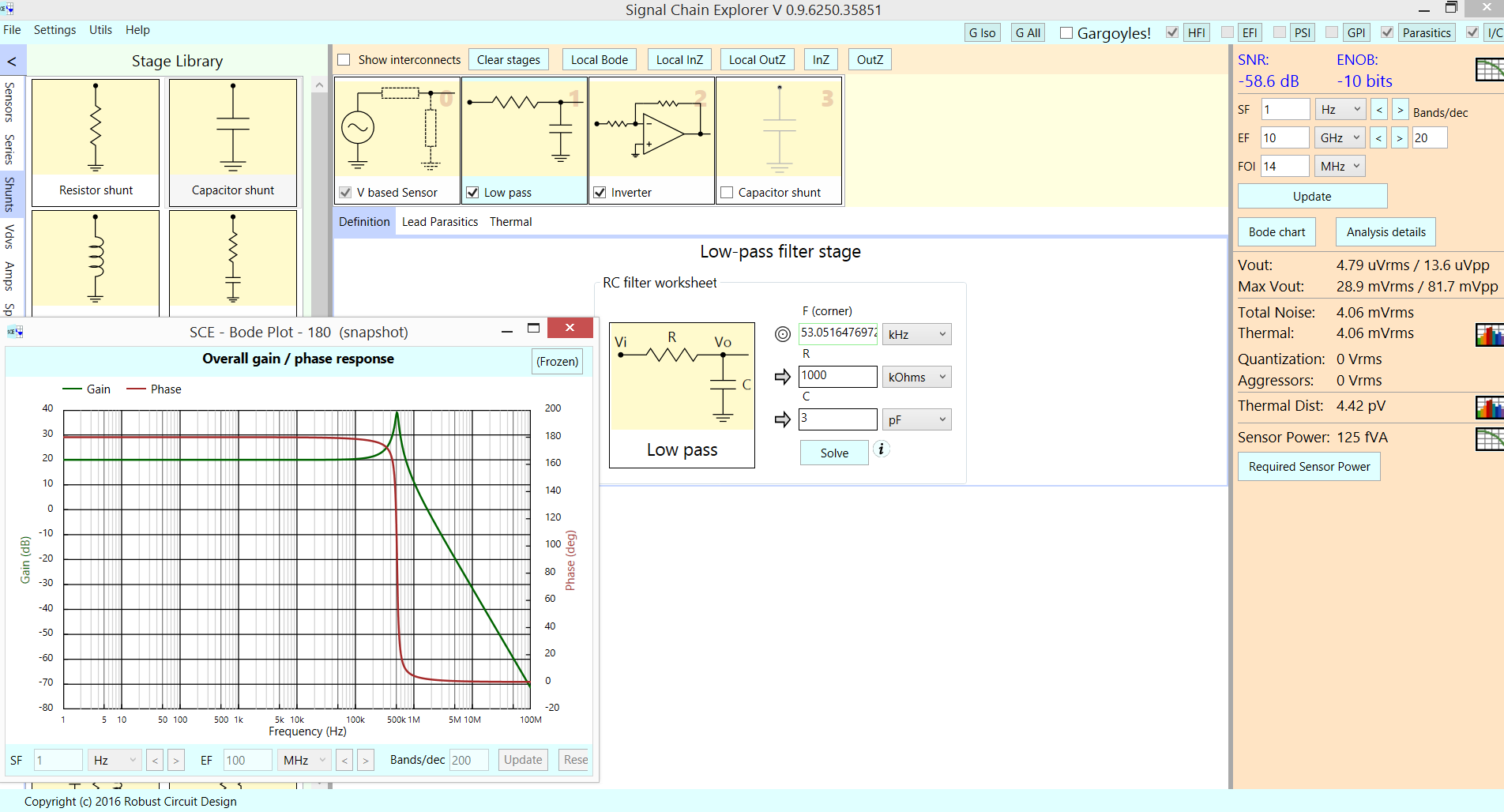 Your opamp is also driving some load capacitance. Assume that is 10pF in series with Zout of the opamp. In this simulation, I included NO Cload. The opamp's output ESD diodes will provide 1pf or 2pF, if not more. Thus some cload is always there.

I would explore the inclusion of 0.1pF or 0.5pF across 10Meg Rfb. Some is inevitable; model it.

Not the answer you're looking for? Browse other questions tagged operational-amplifier pcb or ask your own question.