What is the difference between these two op-amp circuits?

I don't understand why when we design a proportional amplifier, the feedback has to be negative. When I run the simulation in simulink I get the same result for both circuits. 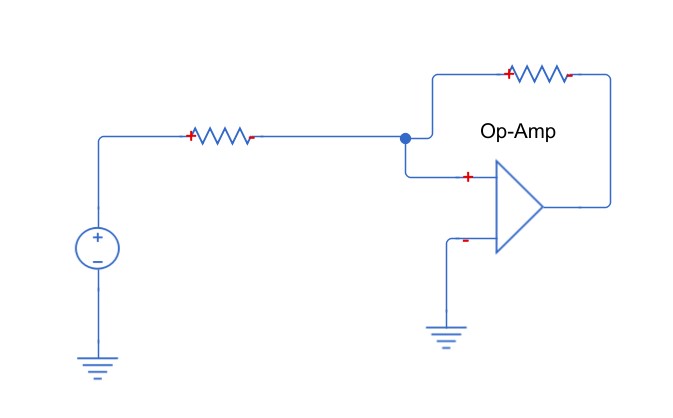 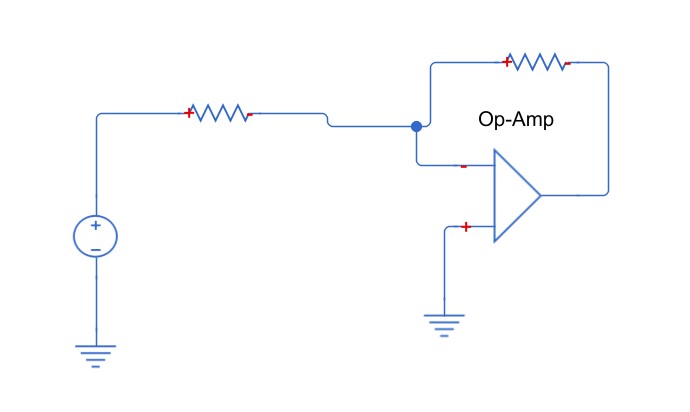 The thing here is that you are looking (and very likely your simulator) at those two opamps circuits from a 'static' point view.

If you actually go through the math, you indeed find that the gain for both circuit (even the positive feedback one) is the same.

You start out with:

For the one with positive feedback, you get a gain (static, no dynamics involved) of

Which is the same as in the negative feedback case. Where is the catch?

I don't understand why when we design a Proportional amplifier, the feedback has to be negative. When I run the simulation in simulink I get the same result for both circuits.

Think of it this way: If for whatever reason, the output voltage drifts, even the slightest, that perturbation is in phase with the input in the positive feedback circuit, that means, that the output will keep rising until it hits one of the rails (saturates). Which rail is going to hit (either +VCC or -Vss) will depend on the sign of the perturbation.

Another way to think about it is by looking at equation (1). Remember that in the positive feedback circuit, you are feeding the output back into the \$V^+\$ terminal. So if \$V_o\$ rises a bit, the right hand side of (1) will tend to either grow positively or negatively, again, depending on the sign of the perturbation.

You don't have this problem in the negative feedback circuit. If \$V_o\$ rises, that pertubation will affect \$V^-\$ in equation (1). So if there is a rise in \$V_o\$, the right hand side in (1) will go down. Once it goes down, it forces the output back down. You can see this happening back and forth until you reach an equilibrium point. That is why negative feedback is used and its importance.

In an ideal world, you don't have the perturbations I've been telling you about, but in the real world, those will be present. The negative feedback will counteract it. It's probably the case that the simulator is not taking those into account.

I'll link these two resources, they answer your exact question, and there is a more rigorous explanation in them:

Now, how would you get the same mathematical expression? Start out with the open loop equation and notice that:

Now plug that into equation (1), keeping in mind that \$V^-\$ is zero (grounded) in the positive feedback case:

Since \$A_{ol}\$ is extremely large, for a finite value of \$V_o\$, the left hand side of the previous equation is negligible so:

And that will give you the 'static gain', \$G=-\frac{R_2}{R_1}\$ which again I agree with the assessment that it does not make sense since any perturbation will steer the opamp out of the linear region into saturation, but from a mathematical (ideal) point of view, they do show the same mathematical expressions.

This is very likely the reason why the simulator gave the OP the same answer for both configurations (ideal case, opamps, etc )and that is what I tried to answer.

Not the answer you're looking for? Browse other questions tagged operational-amplifier control-system pid-controller inverting-amplifier non-inverting or ask your own question.