I made myself a symmetric power supply for my lab projects using several 78xx and 79xx components. The PCB was ready and I was testing it. I saw that 7905 is giving -12V output. 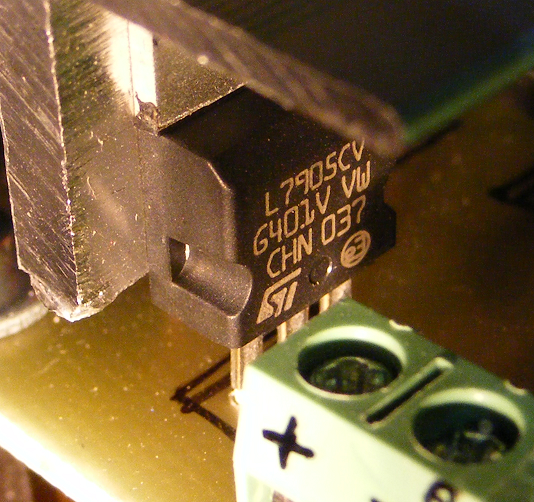 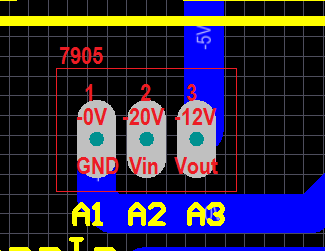 (See full image.)
(You see no connection to the middle pins of 79xx elements. That is why -Vmax=-20V is given through the heat-sink.)

I didn't check it twice or thrice; I checked it ten times to make sure that I'm not making a measurement mistake. I measured the voltage on C-5, on the connector pin and on the 3rd pin of 7905. Each time I made sure that I'm taking reference from a -0V point (this power supply consists of internally isolated two symmetric parts, there is also a +0V, that's why I call "-0V" instead of only "0V"). Each time I read a value near -11.96V (there is also a -12 node in the circuit; I'm sure that I didn't accidentally measured it).

There are also other 78xx and 79xx ICs on this circuit. All of them are working perfectly. The only problem is with this 7905 IC. By the way, it is brand new. I hadn't used it anywhere else.

This is my first time seeing a malfunction in 79xx/78xx series. I was very surprised, I thought I could be something I did, so I decided to ask this question. Is this erroneous voltage reading due to something I did? Did this 7905 get broken because of a problem in my design? Or it is just that the 7905 was broken from the beginning (I didn't test it before using). Could it even be that a 7912 accidentally mixed into 7905 basket in the production factory, and then they mislabeled it as 7905? 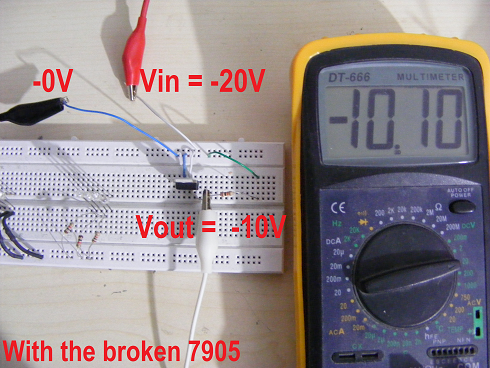 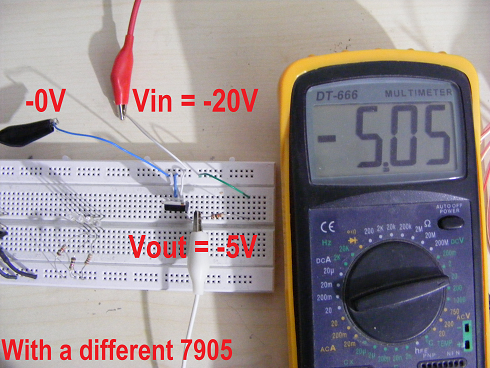 I tested the broken 7905 under different input voltage levels to analyze its behavior: 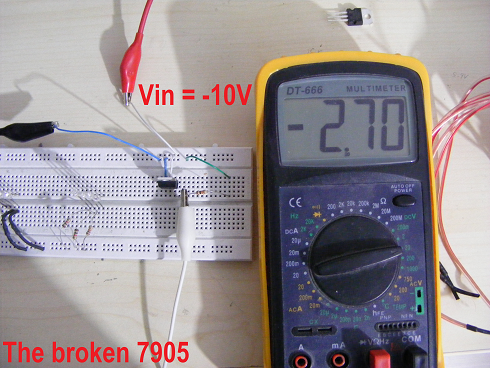 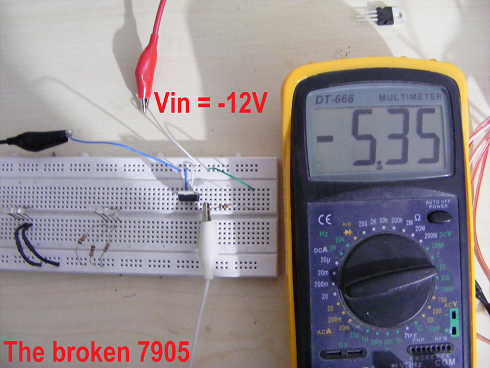 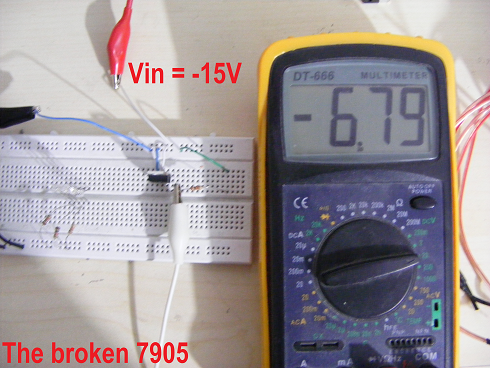 The 78/79xx series has OTP and OCP but not OVP. The only explanation for a good part is you have an external load that is connected to 12V. The 7905 uses single sided regulation ie. it relies on the load to ground to pull, the internal transistor will push to Vin. (-24v here)

Looking at your layout and picture, I can't see any obvious problems. Given the shortness/spacing of the -5V net, it should be quite difficult to short to anything.
I think the thing to do would be to desolder the IC and test in on it's own - if it still gives -12V then it's mislabeled. If it gives -5V, then there is a problem with your circuit.
Assuming it's the former, then swap it with a fresh one (tested okay before you solder in place)
Let us know how it goes.

Not the answer you're looking for? Browse other questions tagged voltage-regulator error or ask your own question.

5
Is there a design flaw in this voltage regulator application?
1
voltage regulator giving lower output than expected
0
Voltage Reading On Voltage Regulator Heatsink
2
Systematic high frequency error in TF measurements
2
Little help with this DE=A1D voltage regulator
0
Why does this file give syntax error in verilog?
3
Does 7905 needs minimum load current?
0
voltage regulators: How does Ohm's law apply here (and how not to fry an ams1117)