Is it possible to find the moving average of a signal using analog circuitry alone? 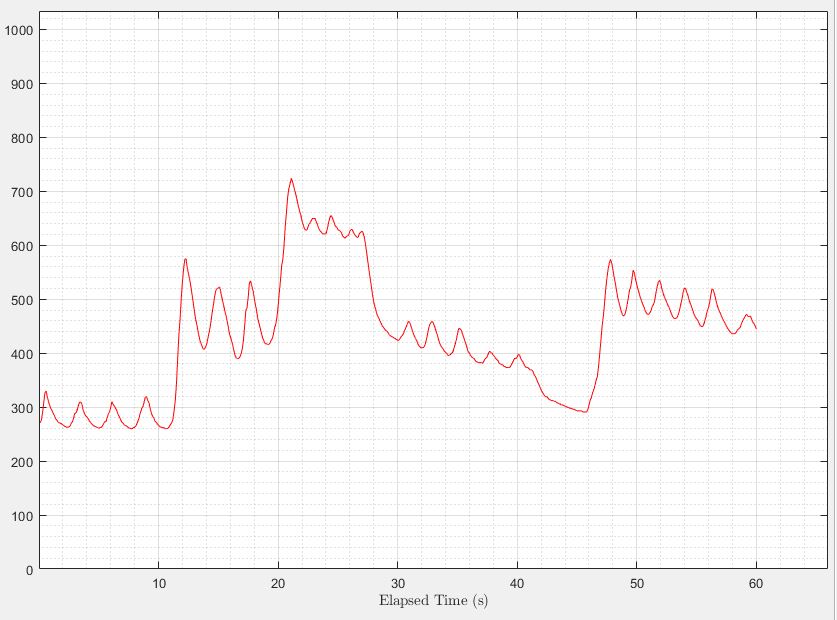 Imp. Note - I am using moving average filter for baseline drift correction, and have already achieved in software. The doubt was if this can be done in pure analog circuit alone?

Getting a precise analogue of a digital moving average filter is somewhere between very difficult and impossible using analogue circuitry, as it involves delaying a signal for a long time.

There are various approximations you could use, which might (or might not) be acceptable to your particular application.

The first is a simple lowpass RC filter. Instead of the 'box car' impulse response of a moving average, it gives you a decaying exponential. For many signals and applications, this will result in similar dynamic behaviour. It is however a weighted average.

The second is a gated integrator, zeroed at time = 0, and read out at time = t_window. While this implements the unweighted average over the window time, it only produces one sample at the end. You could run a number of these with differing start times to produce samples more frequently, but this rapidly becomes silly in terms of duplicated hardware.

The exact analogue of an MA filter is to use an integrator on the input signal, and an analogue delay line going to a subtractor on the same integrator. 5 seconds length of cable is obviously impractical, but there used to be made 'CMOS bucket brigade charge coupled analogue delay lines'. I don't know whether these are still available, it's likely they've been completely superceded by low cost ADCs, MCUs and DACs with better and more flexible performance. Even with a high fidelity delay line, integrator drift will give you a long term problem.

If you are used to playing around with impulse responses, then you might consider the following way of tailoring the RC filter to be a bit more box-car like and a bit less exponential. Consider the impulse response as the sum of several exponentials with differing amplitudes and time constants. This image shows (in blue) an RC exponential response, and (in orange) what you get after subtracting 0.66 of an RC response of half the time constant, the result scaled up a bit. This flattens the first part of the curve and moves the weight a bit further out along the response. Just a thought. I'll let you play with adding more of these. There's not a lot that can be done about the long exponential tail however. 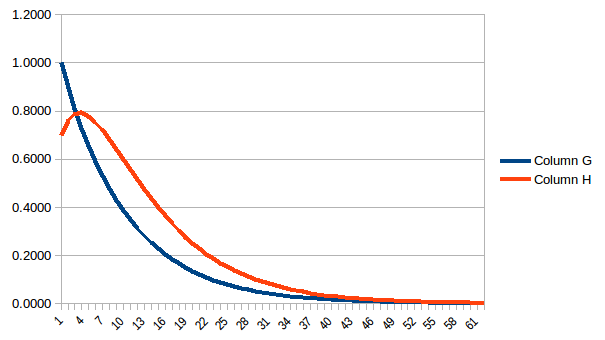 Is it possible to find the moving average of a signal using analog circuitry?

"Is it possible" tends to be a poor question, because usually, things are possible but not practical. The short answer is (so long as you are talking about causal filters) yes, it's possible, but you probably don't want to do this.

Now that you have the frequency response, there are algorithms that will let you transform this to the continuous time (see http://www.ijcst.com/vol23/3/karan.pdf, for example). Then, you would have a transfer function, consisting of zeros and poles, and there are a variety of tools that would let you design such a filter with op amps.

The resulting filters would be complicated, hard to build to good tolerance, expensive, and most likely, won't work particularly well when you're done, because of tolerance issues.

The real answer is to think about what you're trying to accomplish, not how you're accomplishing it. You're most likely trying to do something that requires a low-pass filtering operation. If so, design and implement the appropriate low-pass filter.

Not the answer you're looking for? Browse other questions tagged signal-processing single-supply-op-amp or ask your own question.

2
RSSI to distance moving average
3
Amplification circuit for a limited range of output signals
0
what does \$X(z) \pm X(-z)\$ mean?
7
Fast Fourier Transformation of incomplete signals
0
Finding average power signal and its calculation
0
Can I bias this circuit to zero
1
How to calculate Doppler Shift for multipaths from moving objects?
1
Analog method for measuring distinct phase shifts