I'm an electrician and my work is to maintain boats.

This was no problem with the old 40W incandescent light bulb but now all the lights are LED and the trick doesn't work any more.

This is the sailing light I'm using:

So this is what a have on the drawing on picture 1: 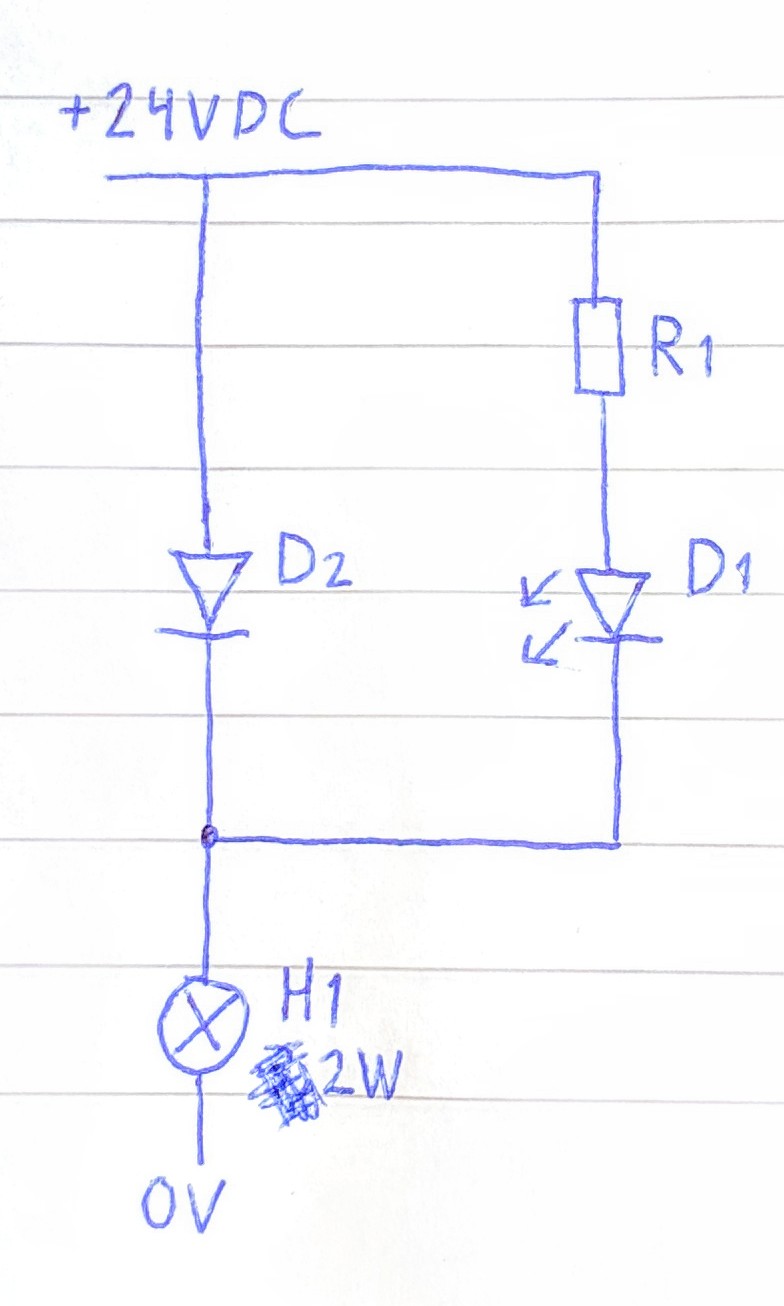 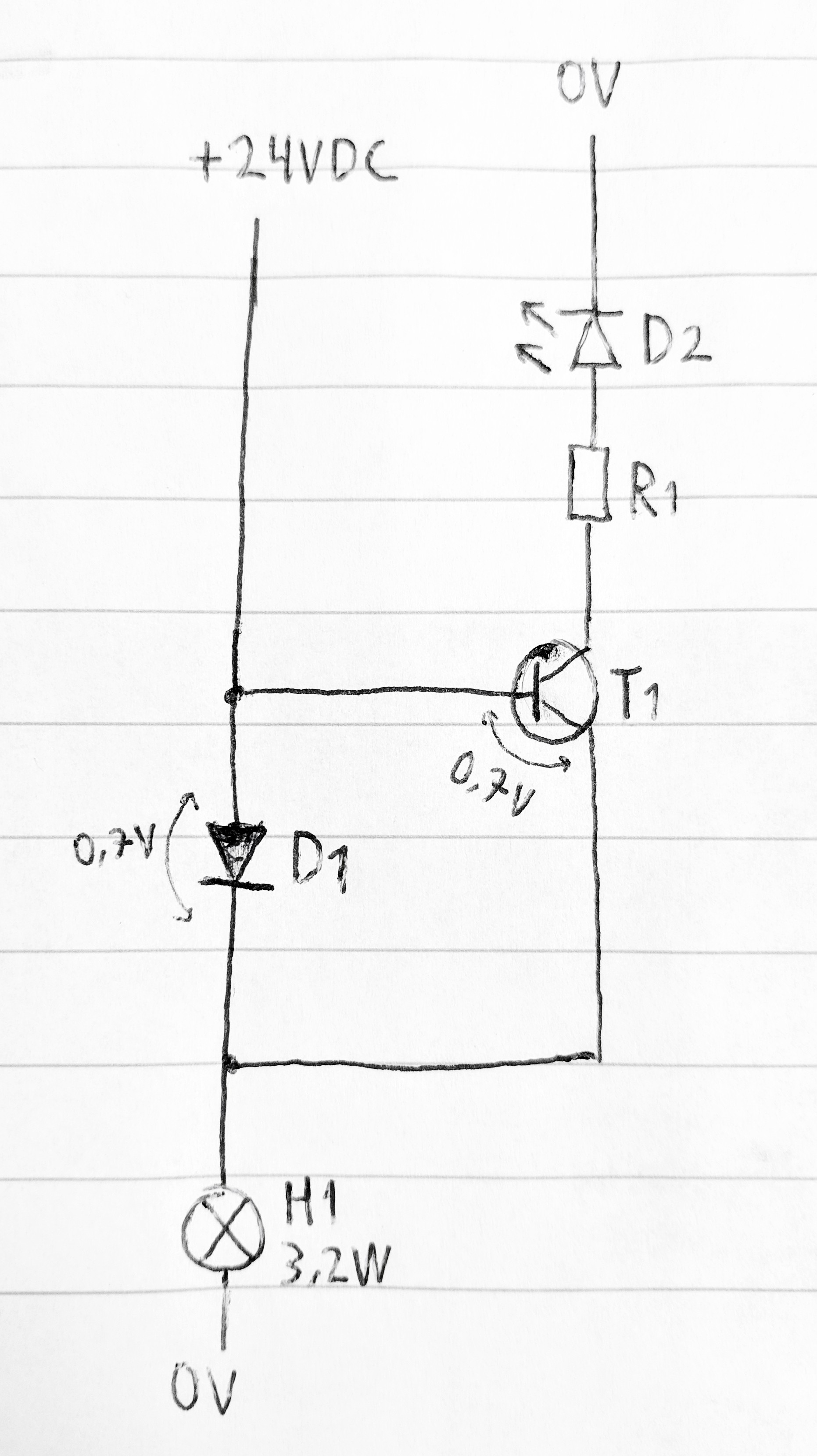 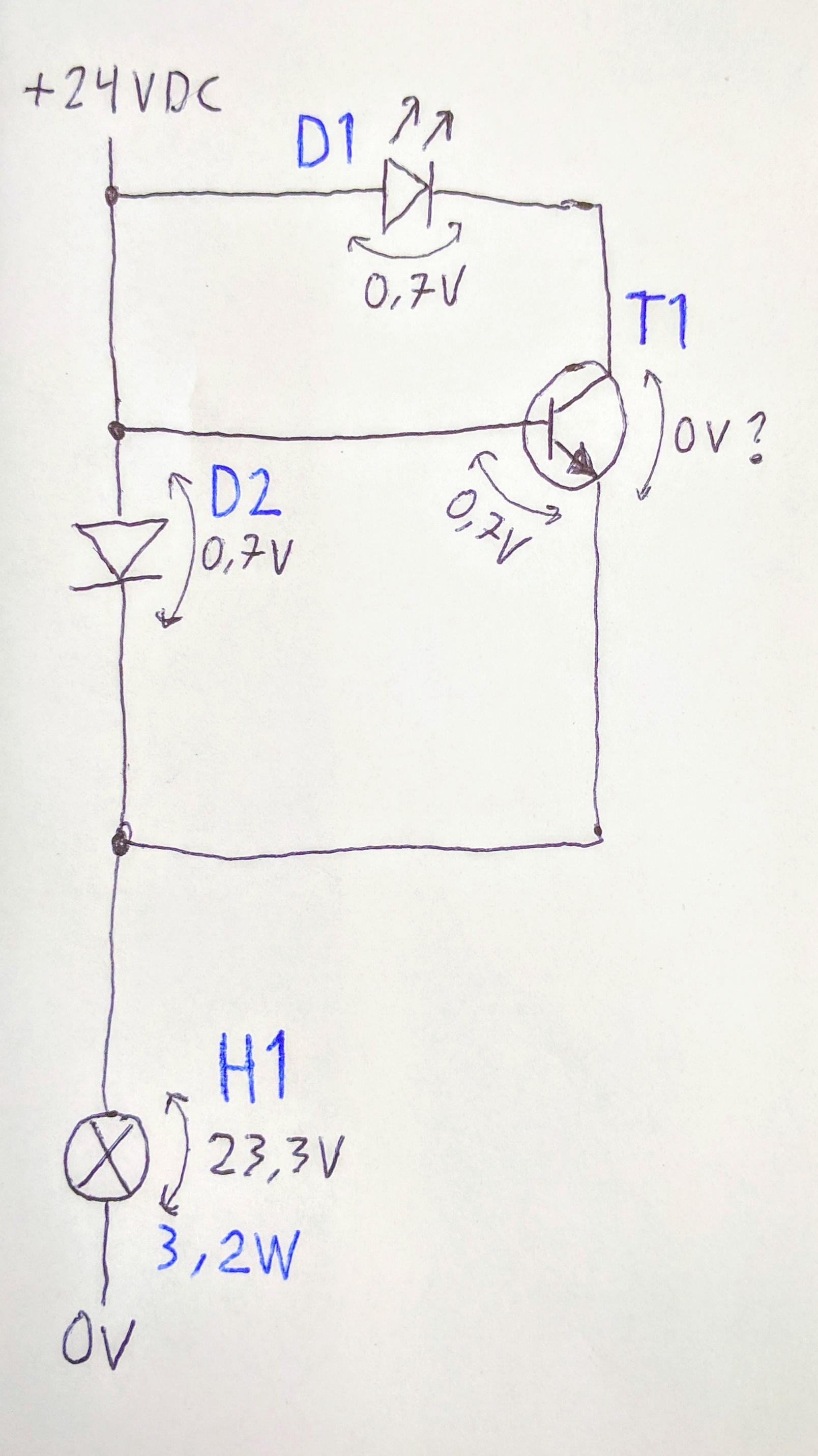 EDITS: And here is how I ended up doing it, and it seems to be working :) Thanks for all your help! 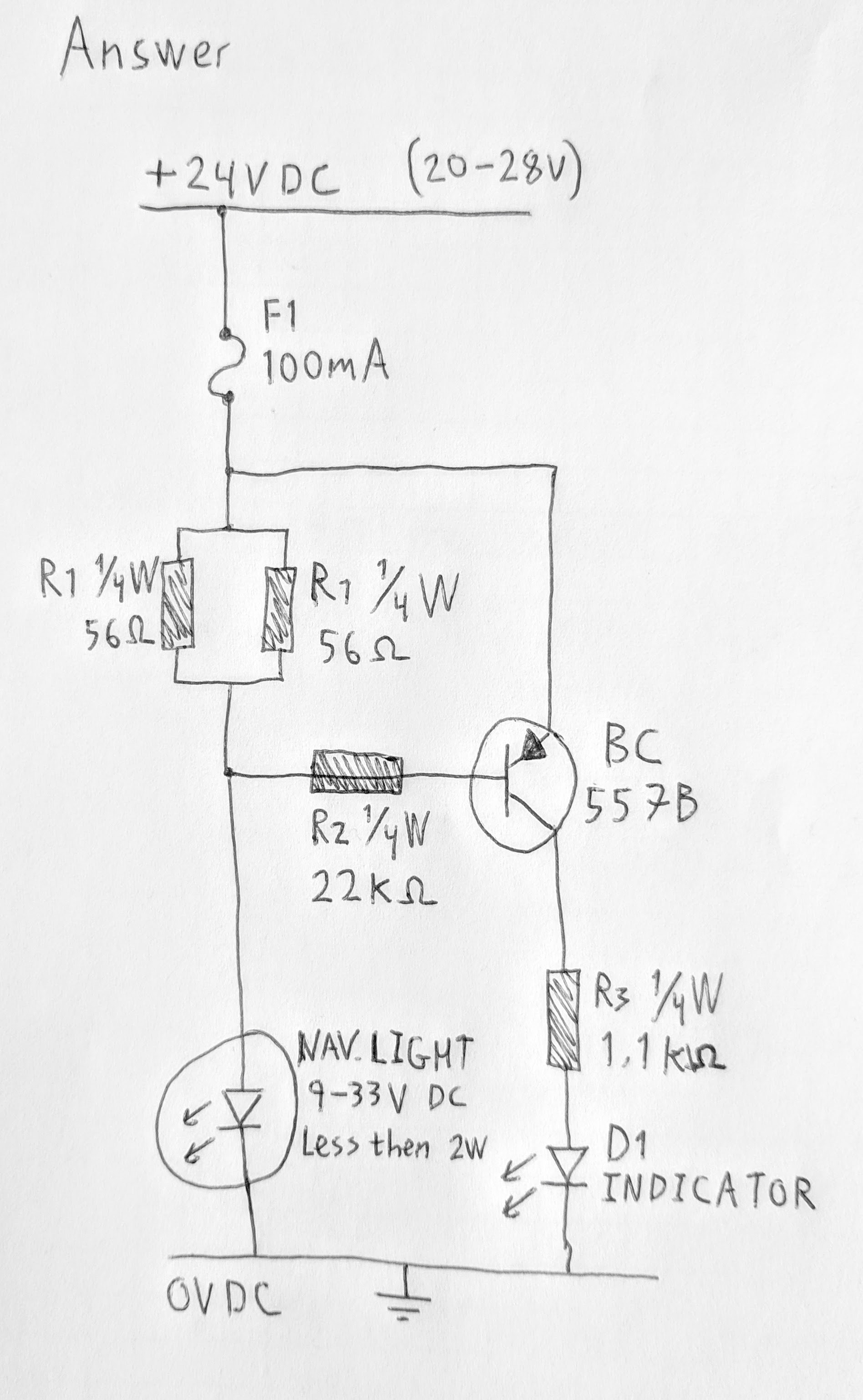 One comment on Neil's answer: If the load does draw a current surge the LED is still at risk because there is a low resistance path through the base, a resistor is needed in series with the base.

An alternate circuit would use a PNP to sense the current and drive a LED connected to ground for minimal voltage drop but some extra current usage. Looking at the question again, picture 2 shows this but with base and emitter reversed and a resistor needed in series with the base. 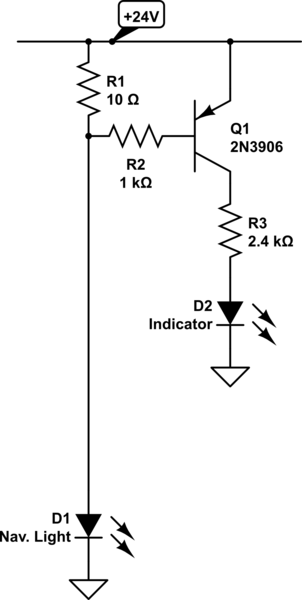 According to the specs, your sailing light draws 80mA at 24v. So let's redraw it as a current source.

This means you have 80mA available in the cabin to drive your indicator light. You could use a sufficiently beefy LED that will tolerate 80mA, and simply put it in series.

If you have to use a lower current LED, then the following transistor shunt will reduce the indicator LED current to a value that gives a 0.7v drop across R1. For instance, 35 ohms will give you a LED current of around 20mA, when there's more than 20mA being drawn by the circuit. Make sure the transistor collector current and total dissipation are adequate to shunt the remaining current. It would probably be best to use a very beefy transistor for Q1 in case your sailing light draws a lot of current on startup.

One improvement to EinarA's answer would be to add one more transistor. Q2 cuts off the indicator light if a wiring fault shorts out the navigation light. 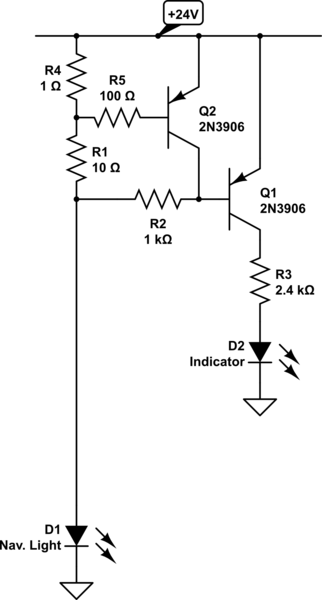 So I see a couple of options.

Simply put the indicator in series with the lamp and you're done.

The key is to choose an indicator that is happy with the series current (<160ma at 12V, <80ma at 24V, plus inrush) and won't take too much of a bite out of voltage (you have not 3V to spare in a 12V system, so non-red LEDs are out). 160ma at any LED voltage is an awful lot of light; maybe a parallel resistor can have most of the current bypass the LED.

If the inrush current damages the indicator, I'd say you need a better indicator.

Sense current on each lamp feeder, e.g. with a reed switch.

If you are detecting for multiple lights, you can wire all the reed switches in series and bring them out to one indicator light. Any light failing to draw current will snuff the indicator, making you walk the boat to find which one.

Given that it's on a boat, I would "prototype" it onto a terminal block on a bit of stiff project board, test it as good, then "pot" it in West System epoxy. Maybe put a spare or two on the board, each brought out to the terminal blocks.

Not the answer you're looking for? Browse other questions tagged transistors diodes circuit-design power-electronics or ask your own question.