I have designed a D-latch using NAND gates. The problem is when I convert it into a subcircuit the output is False no matter what my second input(clock input)is? It only works if I put the default clock input? 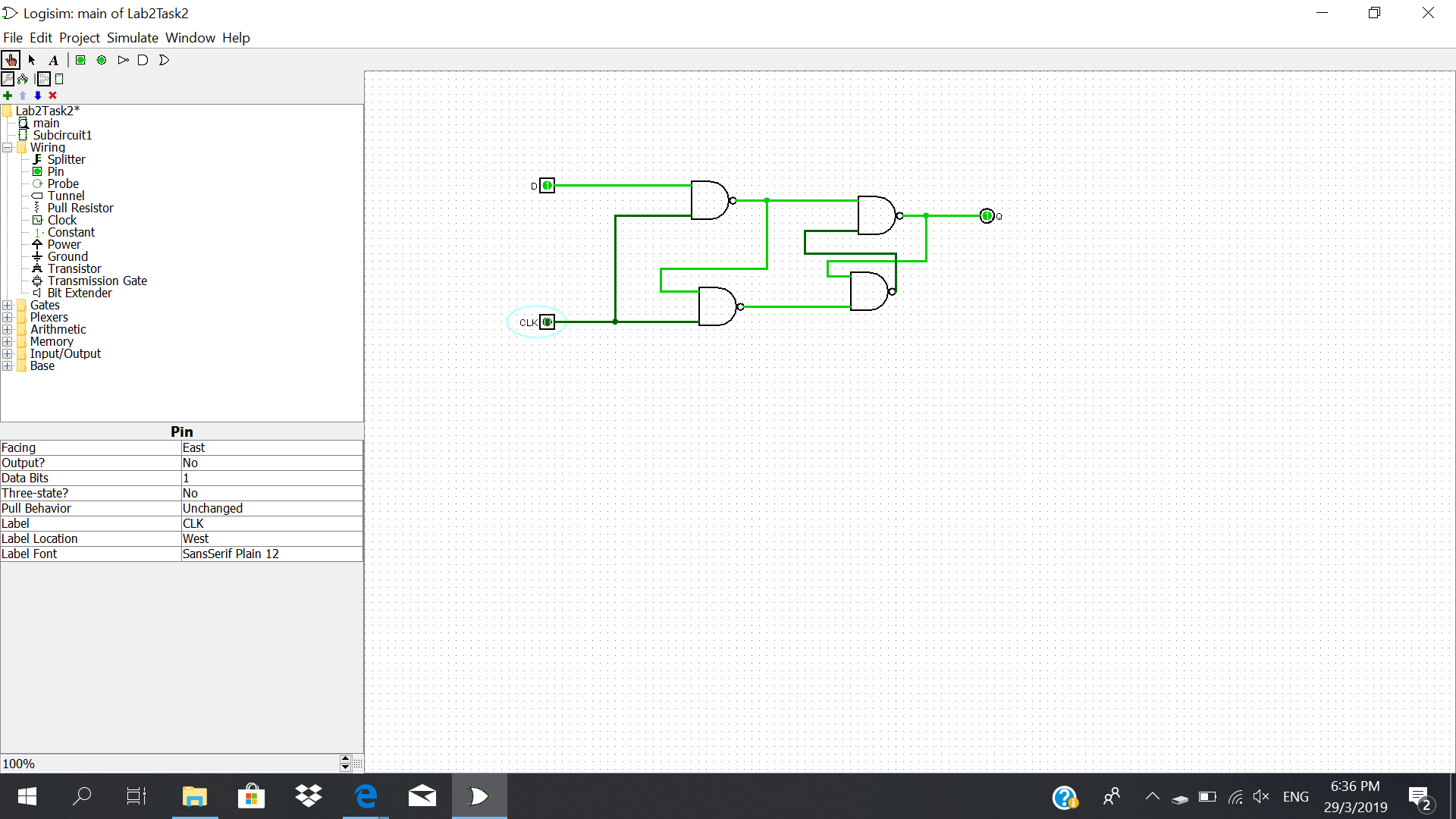 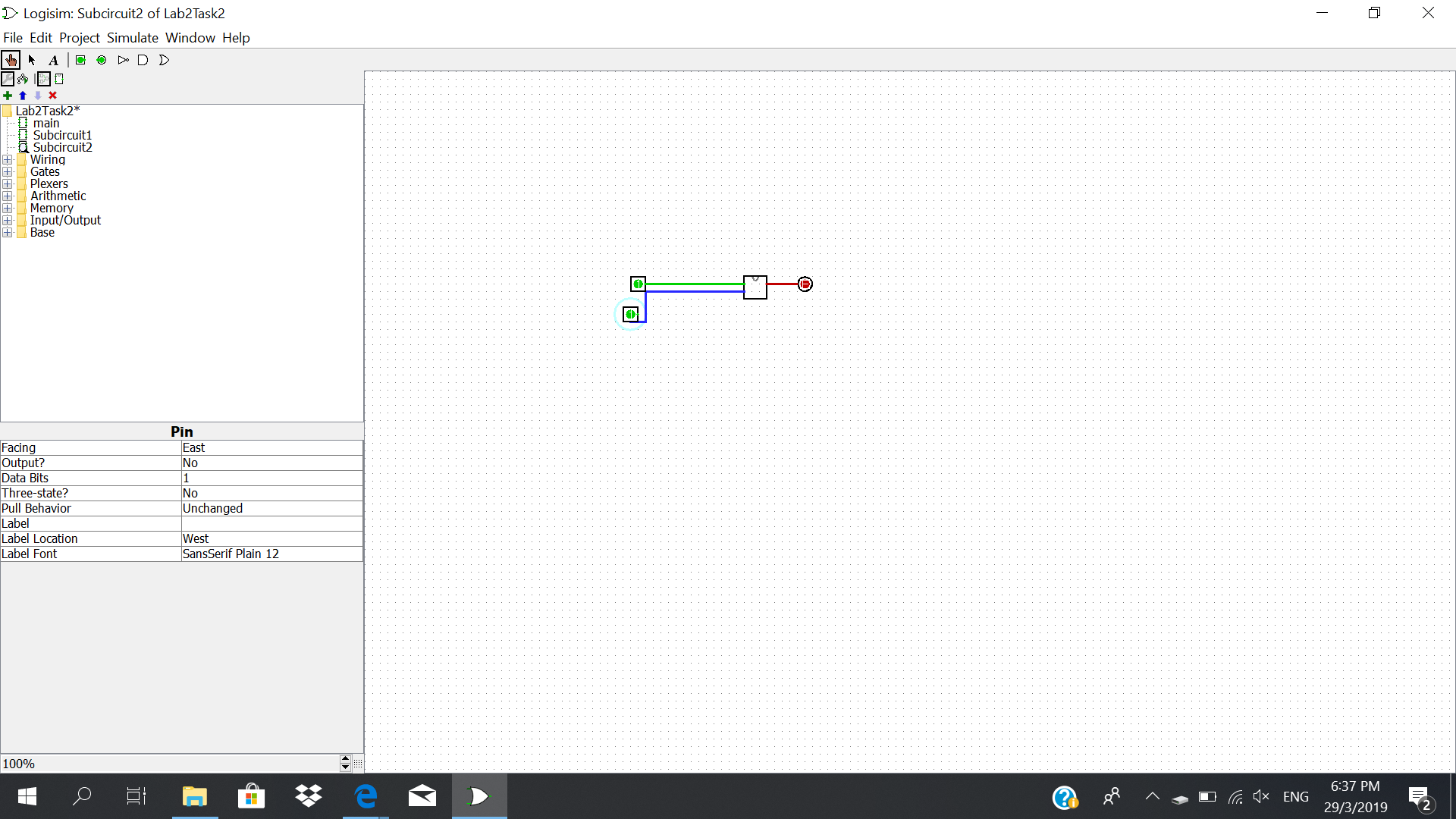 As u can see the clock input wire is blue means it doesn't affect the output at all?

You should get and use Neemann's Digital, instead. It's much better and is currently maintained, as well. Logisim is pretty much a dead project and has been for some years, now.

Logisim Behavior During Creation of a D-Latch

In Logisim, your RS stage at the end of your D-latch has outputs tied back to inputs used to determine that output. When you first drew out the four NAND gates and wired them up, you should have seen two red wires prior to simulation (using the pointed finger cursor.) However, once you poked the CLK line a few times, all that should have cleared up and your circuit will look fine, afterwards. As shown here: 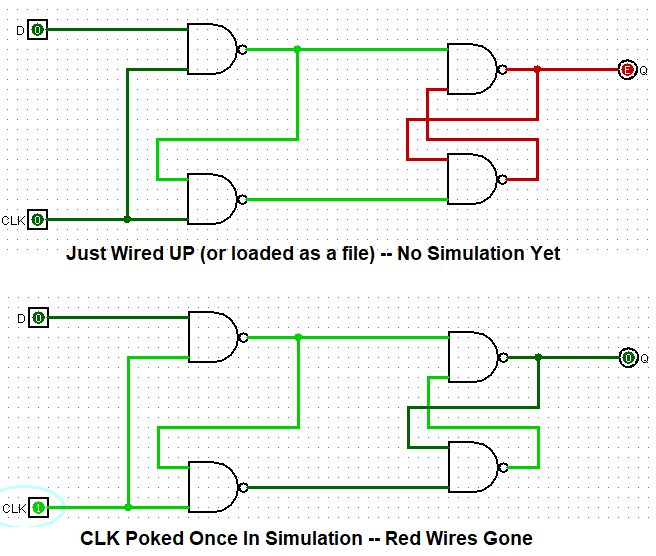 However, when you save it and then load/use it as a new circuit element on a new schematic, the output will show a tiny red dot indicating that the D-latch has those two red wires back, again. But again, if you wire up the part and provide it with some input and toggle the CLK line, that issue will again clear up and be fine. As shown here:

You can see that even in simulation, nothing gets fixed until you change the CLK input. But once that's done, the lines clear up and it looks as you'd expected.

Doing this in large circuits is what really makes using Logisim a bit of a pain, given that Digital exists (it doesn't have this particular problem and it solves many others.)

and supports the BASYS3 board and the Mimas and Mimas V2 boards.

As u can see the clock input wire is blue means it doesn't affect the output at all?

No, that just means the net is undriven. Your "CLK" input pin isn't lined up correctly with the wire. 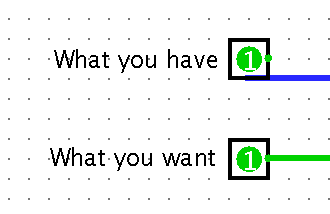 Not the answer you're looking for? Browse other questions tagged flipflop logisim subcircuit or ask your own question.

6
Cross-coupled logic gates and timing
3
S-R latch / flip- flop question
8
Rising edge pulse detector from logic gates
2
Why is D Flip Flop Positive Edge Trigger instead of a Level Trigger
0
Is my jk flip flop missing two NAND gates to be complete?
0
Flip-Flop Made with 74xx Chips not Latching Consistently
0
Difference between low signal and no signal for a SR latch?
1
I can't communicate a subcircuit wiith the main sheet through bus cables