Strain gauge amplifier - so much noise!

I'd like to use atmega328p to read force with strain gauge. I'm using one 1k strain gauge and 3x 1k ohms dummy resistors. 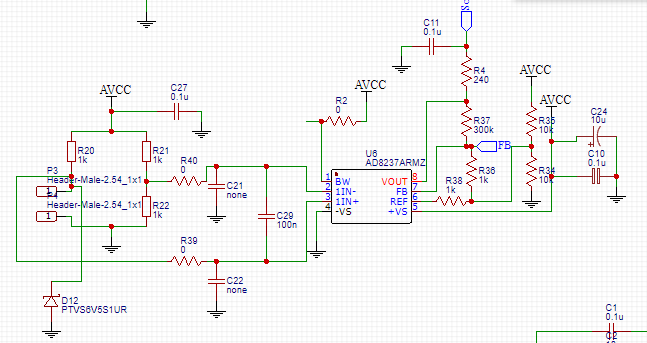 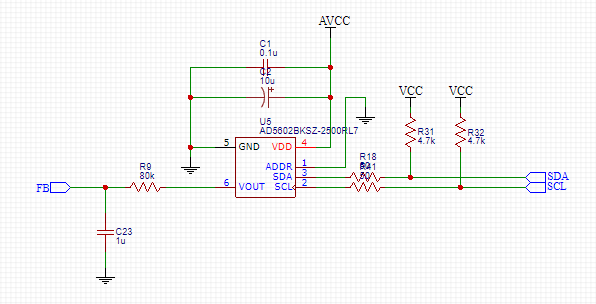 As a result I'm getting so much noise on atmega pin.

Atmega328p AVCC and AREF are decoupled with 0.1uF capacitors.

Is there any way I could remove that noise?

Everything solved by removing C23, thank You @EinarA

Question 1: Remove C23. It is making the amp oscillate.

Question 2: The signal you are getting from the now working Amp looks like power line noise. This is a problem with just using one strain gauge. If I could walk into your lab I could tell right away if there is an easy fix or if it is going to be hard. Since I can't it will be a lot of shots in the dark. The first thing to try is grounding the ' body' to the amp power supply via a separate wire, not the shield. If the 'body' is not connected to anything major this could be enough, but if it is connected to other things that are connected to the power line this could be worse, You should look up information on how to fix this and get some more ideas as I am not really able to lead you through each possiblity one by one.

Not the answer you're looking for? Browse other questions tagged atmega instrumentation-amplifier wheatstone-bridge strain-gage or ask your own question.