I'm trying to simulate a simple common-emitter transistor amplifier presented as an example in Practical Electronics for Inventors in Qucs.

The circuity is identical to the one presented in the book. To investigate the behavior of the amplifier, I feed a 100 mV square wave at the input. 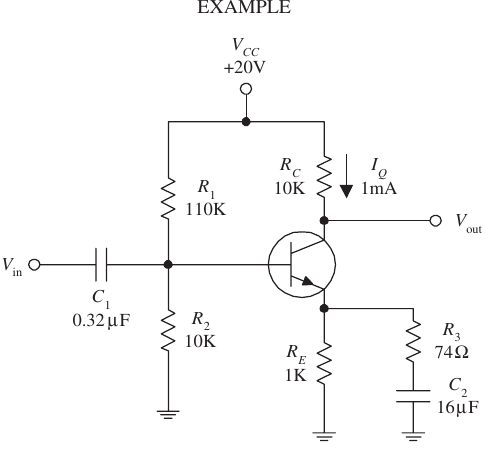 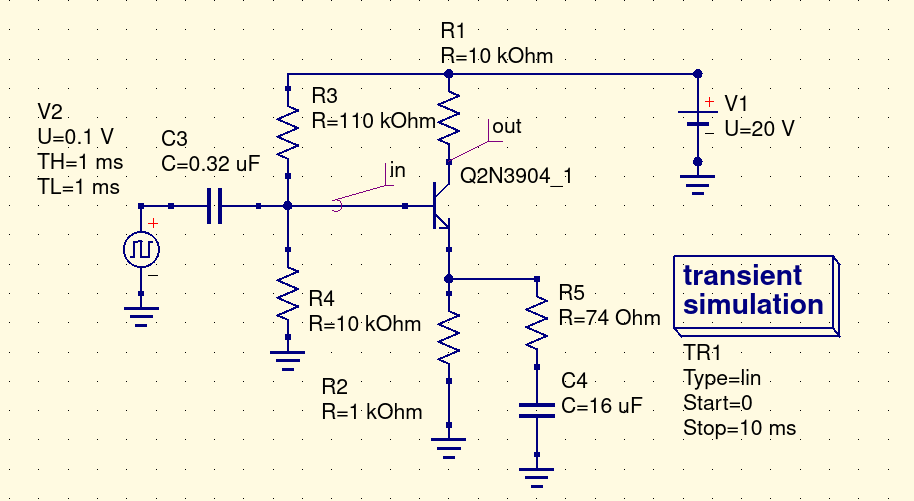 It shows the voltage on the DC-blocking capacitor - it gets charged and starts output a stabilized AC signal, but unfortunately, it failed to show any voltage from the output side. 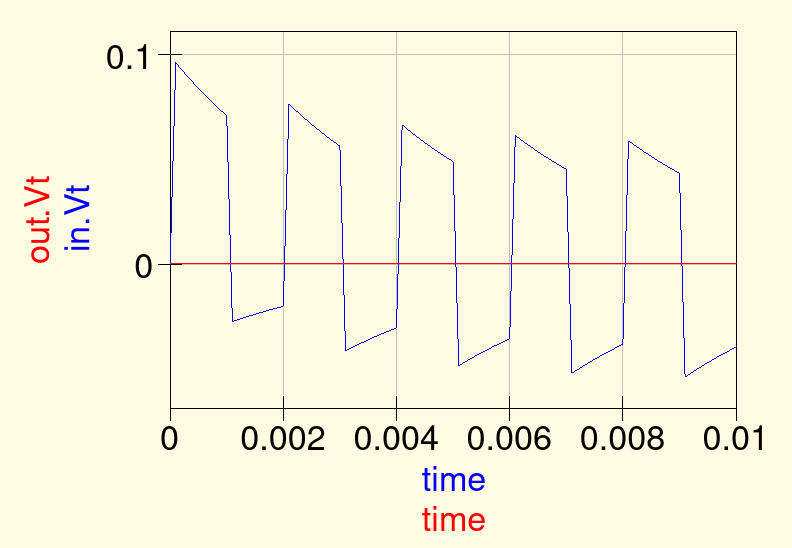 I've attempted various output levels and frequencies of the square wave generator, from 1 volts to 20 volts, but none of the simulations showed the switching or amplifying behavior of the transistor.

I also tried to use an AC-signal source, but in this case, the simulation takes forever to complete. This particular issue has been discussed by the developers from the official project, who explained that Qucsator, the simulation engine, is more suitable for RF circuits simulation in frequency domain, and is known to have problematic behavior running simulation in the time-domain.

Following the suggestion of the developers, I tried to run the same simulation in Qucs-S, which instead uses NgSPICE as the simulation engine. Qucs-S generated the following netlist,

But in this case, the simulation doesn't even run.

It says the voltage source v1 is shorted, which doesn't make sense.

The net connections for V1 are 0 and 0 i.e. you have both sides of the 20 volt battery connected to the same net. If you looked at your input waveform as it settles down you can see there is no bias voltage on the square wave and this also implies the supply voltage is connected incorrectly.

Clearly that is correctly connected between node 0 and node "in". 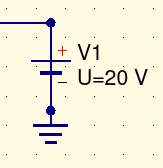 You have the 20 volt supply shorted out!