Can this transistor (2N2222) take 6 V on emitter-base? Am I reading the datasheet incorrectly?

I have created the following circuit to better understand how to use a transistor as a switch*.

I've been struggling with understanding datasheets for transistors. 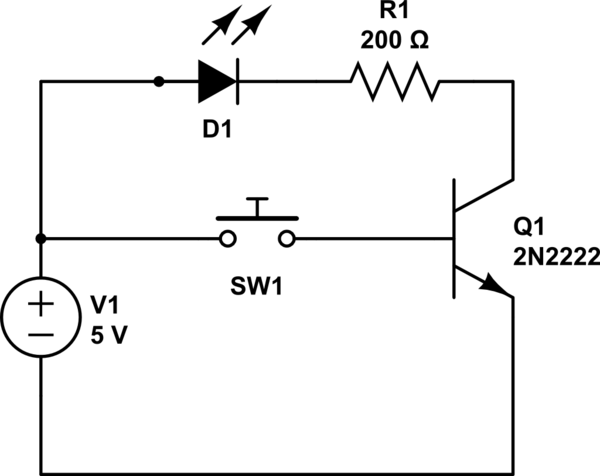 According to the datasheet the emitter-base maximum voltage is 6.0 V. In my circuit I am only applying 5 V. From reading the datasheet (below) would you expect that to be too much?

Am I reading the datasheet properly?

I'm wondering because in my other (referenced question) circuit the transistor became very hot with only 5 V -- but that may have been due to being wired improperly, I'm not sure. 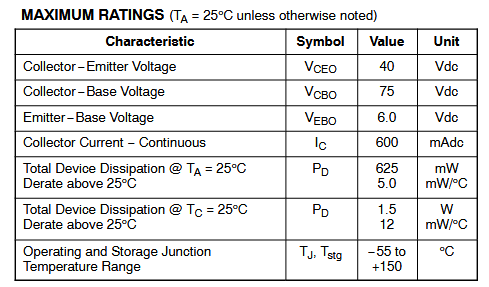 You can see the complete datasheet at:

* Note This question is directly related to Is it possible to use a NPN BJT as switch, from single power source?. However, I had the original circuit built improperly there, and I'm now wondering if the 2N2222 can take 5 V on its base pin (according to the datasheet).

Bi-Polar transistors multiply current. A small current from the Base to Emitter causes a large current from the Collector to Emitter. On the ON Semi Datasheet, see hfe on page 2 for the gain, which is between 50 and 375 for this transistor. Realistically it is probably ~ 200. This means that if you have a current flow of 1 mA in the base-emitter, there will be a current flow of 200 mA through the collector - emitter.

The Base Emitter junction is a small diode with a reverse breakdown voltage specified at 6 V. This circuit has no reverse voltage, BUT with 5 V on the Base and ~ 0.7 V drop across the B-E junction, you will have 4.3 V into a short circuit (~ 0.05 Ohms for wiring) which is 56 Amps / 369 Watts! Neither the transistor or the power supply will last more than a microsecond.

Hope all is correct, the last time I did these calcs was over 40 years ago. 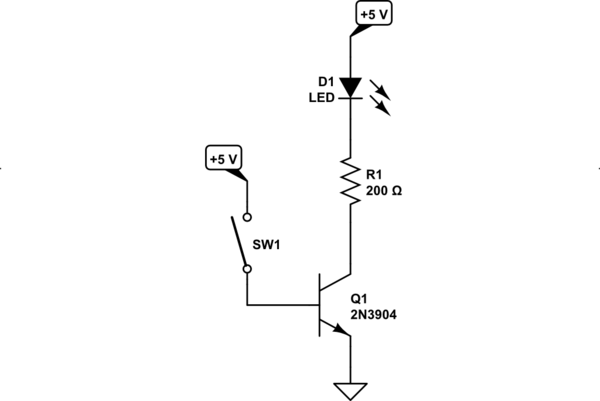 The idea illustrated in your diagram, where the LED and a current-limiting resistor are placed in series in the collector circuit, is a common (and reasonable) approach. The BJT is operating as a "semiconductor switch" and this is one of several approaches for that behavior. So far, so good.

But the idea of directly tying \$+5\:\text{V}\$ to the base, when the emitter is also nailed down to ground, is not common and it's not good. This directly places a full, forward-biased \$5\:\text{V}\$ across the base-emitter diode. Keep in mind:

You were applying \$5\:\text{V}\$!! This is way, way, way above what you should have been using. So the BJT was being literally flooded with base current. Of course it was getting hot! It was dissipating serious power. Might have even damaged the device (I'd probably throw the part away, in fact, after doing something like that.)

This is why a resistor is often applied to the base circuit. 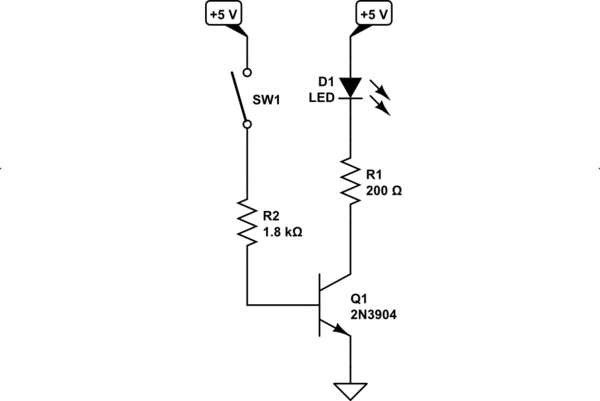 The base resistor's voltage drop is a simple linear relationship to the current passing through it. The BJT's base-emitter junction current is an exponential relationship. So as the BJT's base-emitter diode junction tries to rapidly increase it's current, the resistor in series with it opposes this rapid change by dropping voltage. Very quickly, it will turn out that the resistor drops enough voltage so that the base-emitter junction's voltage is close to where it should be.

By using a resistor, you permit the base voltage to "find a stable and reasonable voltage drop" for its operation.

As others have pointed out, the Maximum Ratings section also specifies an absolute worst case reverse-biased voltage for the base-emitter. This is because the base-emitter PN junction diode can't handle a lot of reverse-bias voltage in a typical BJT. Diodes used in bridge rectifiers can often handle very large reverse-bias voltages across them. But not so much with BJTs. They aren't designed to handle much of that kind of stress. Instead, they just break down and avalanche. So the ratings there tell you what to watch out for. Often, people will add a separate diode (oriented opposite to the forward direction of the base-emitter junction of the BJT) going from base to ground in a case like this to protect the BJT ... just in case.

Not the answer you're looking for? Browse other questions tagged voltage transistors datasheet or ask your own question.

10
Why is Vbc absent from bjt equations?
4
Is it possible to use a NPN BJT as switch, from single power source?