I'm working my way through a beginners electronics book (to be specific it's 'Starting Electronics' by Keith Brindley). I've got up to the second chapter which introduces resistors and their colour codes as well as the measurement of a resistance using a multimeter.

I've just gone out and bought my first digital multimeter to attempt some of the experiments detailed in the book. The first involves laying a 10kΩ resistor across a breadboard and using the multimeter to measure the resistance. Its a Tenama 72-2655. The resistance ranges up to 200kΩ have an accuracy of +- (0.8% reading + 5)

I have put the resistor (brown, black, orange, gold) on the breadboard. Put the black probe into the 'COM' port and the red one into that marked with an Ω symbol and turned the dial to 20kΩ position and turned the device on.

After pressing the probes to either end of the resistor on the breadboard I got a value on the screen of 0.48. My fingers were not in contact with the probes or the resistor. I repeated this again but this time I looped the ends of the resistors around the probes so they weren't touching anything else and tried again here is an image of the result: 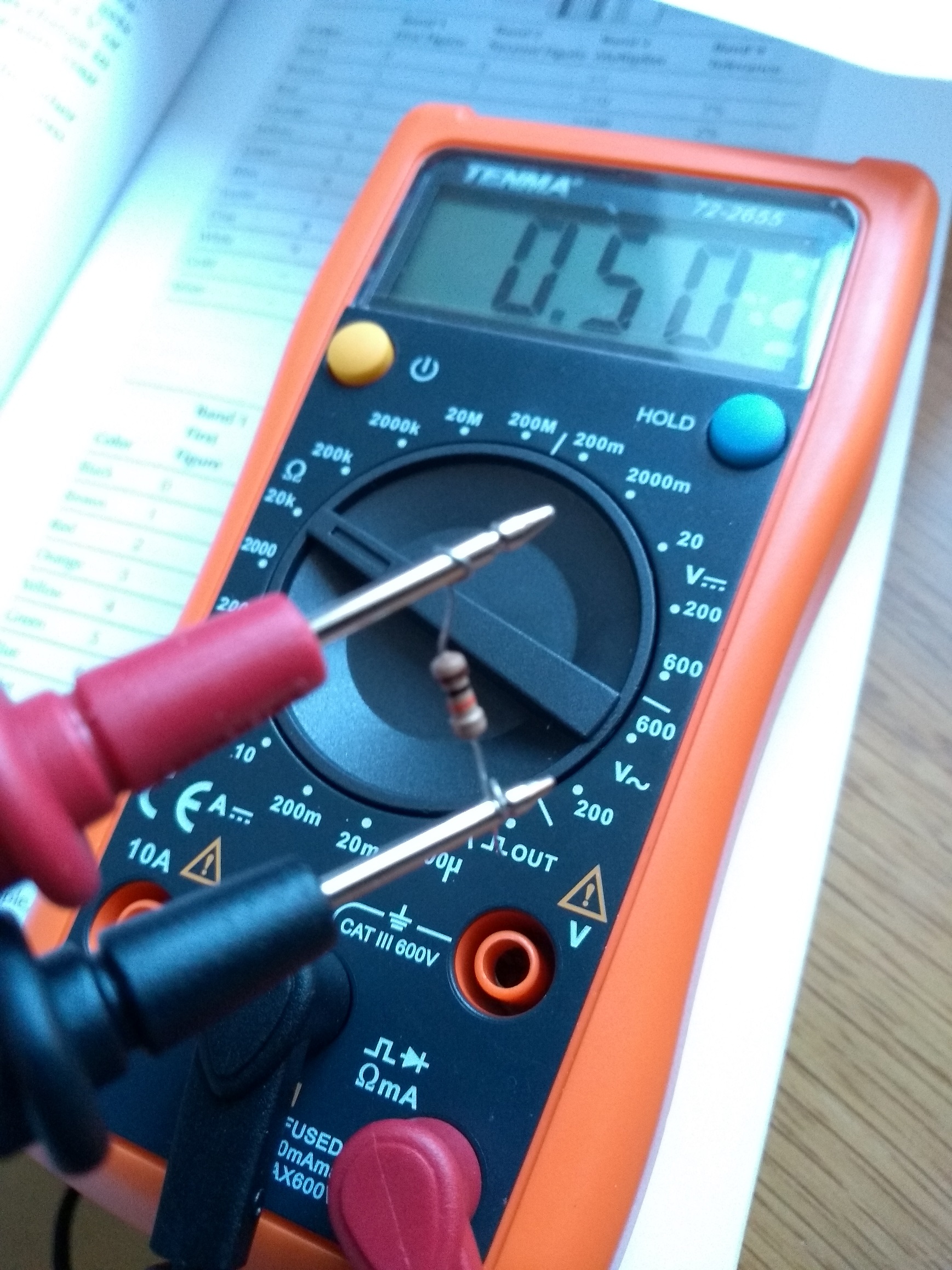 The resolution stated in the manual for the 20kΩ reading is 0.01kΩ which I think means the device is telling me the resistance is 0.5kΩ 9.5k less than the stated value of the resistor.

When checking the same resistor again the value often changed. Is my multimeter likely faulty or is there anything obvious i'm doing wrong?

I have updated the question based on the comments and included an image. My initial understanding was based on instructions for an analog meter which I have removed from the question.

Final update on this. Meter was replaced and I can confirm that the original was producing faulty resistance results!

Not the answer you're looking for? Browse other questions tagged resistance multimeter or ask your own question.

14
Why does a multimeter put more voltage to measure a smaller resistance?
2
How can you measure low resistance accurately?
1
When measuring a resistor with a multimeter does polarity matter?
1
What am I doing wrong here? LED and Multimeter [Noob]
31
Multimeter exploded during ACV measurment - What did I do wrong?
0
How to know when to tune up a digital multimeter?
1
True value of skin resistance
2
Measuring a small resistance, ~0.001 ohm
0
Measure resistance of resistor in cirucit